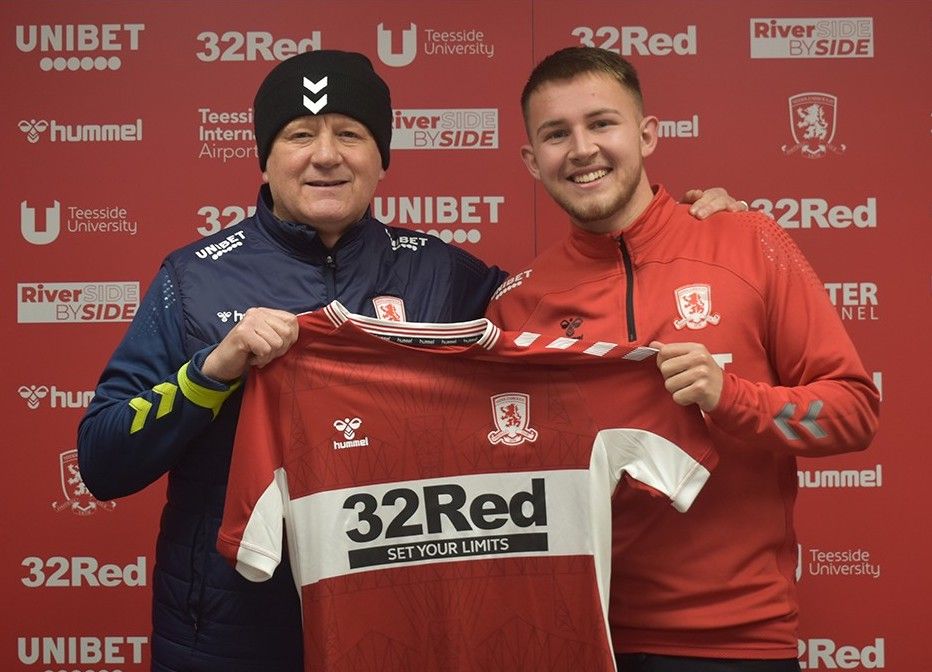 CAOLAN Boyd-Munce made a dream start to life at Middlesbrough as he got on the scoresheet in the 3-2 win over Mansfield Town in the FA Cup.

The Northern Ireland U21 international was making his debut having just signed for the Riverside Stadium club from Championship side Birmingham City on a two-year contract.

The Turf Lodge man played nine times in total for Blues in the first team  but not at all this season as he made his debut as a replacement for Jude Bellingham in the Carabao Cup defeat at Portsmouth in 2019.

His last first team appearance came out of position at left-wing back in November 2020 against AFC Bournemouth.

Boyd-Munce was a key reason why Birmingham City won the Professional Development League final against Sheffield United in 2021 as the Northern Irish man provided an assist for Adan George who scored a brace in the 2-0 win.

The former Glentoran man has also represented his country from the age of 15 all the way to the U21s.

However, injury halted his progress as he returned to the 23’s last season and Lee Bowyer didn’t give him a first team call allowing Boro to make their move.

On the signing Middlesbrough boss Chris Wilder said: “We’re really pleased to bring Caolan in. He’s a young left-footed central midfielder who we have been tracking for quite a while now.

“He’s been playing regularly in Birmingham’s Under-23s, we’ve been watching him closely, and we’re delighted the opportunity has arisen for us to sign him.”

Boyd-Munce will be expected to transition between Boro's first-team and under-23s squad but could make his league debut next Saturday against Reading at home.

Wilder’s side are currently just outside the playoffs in seventh, just one point behind Huddersfield Town who occupy the final position.