Soccer: Immaculata remain top but held to a draw against Derriaghy 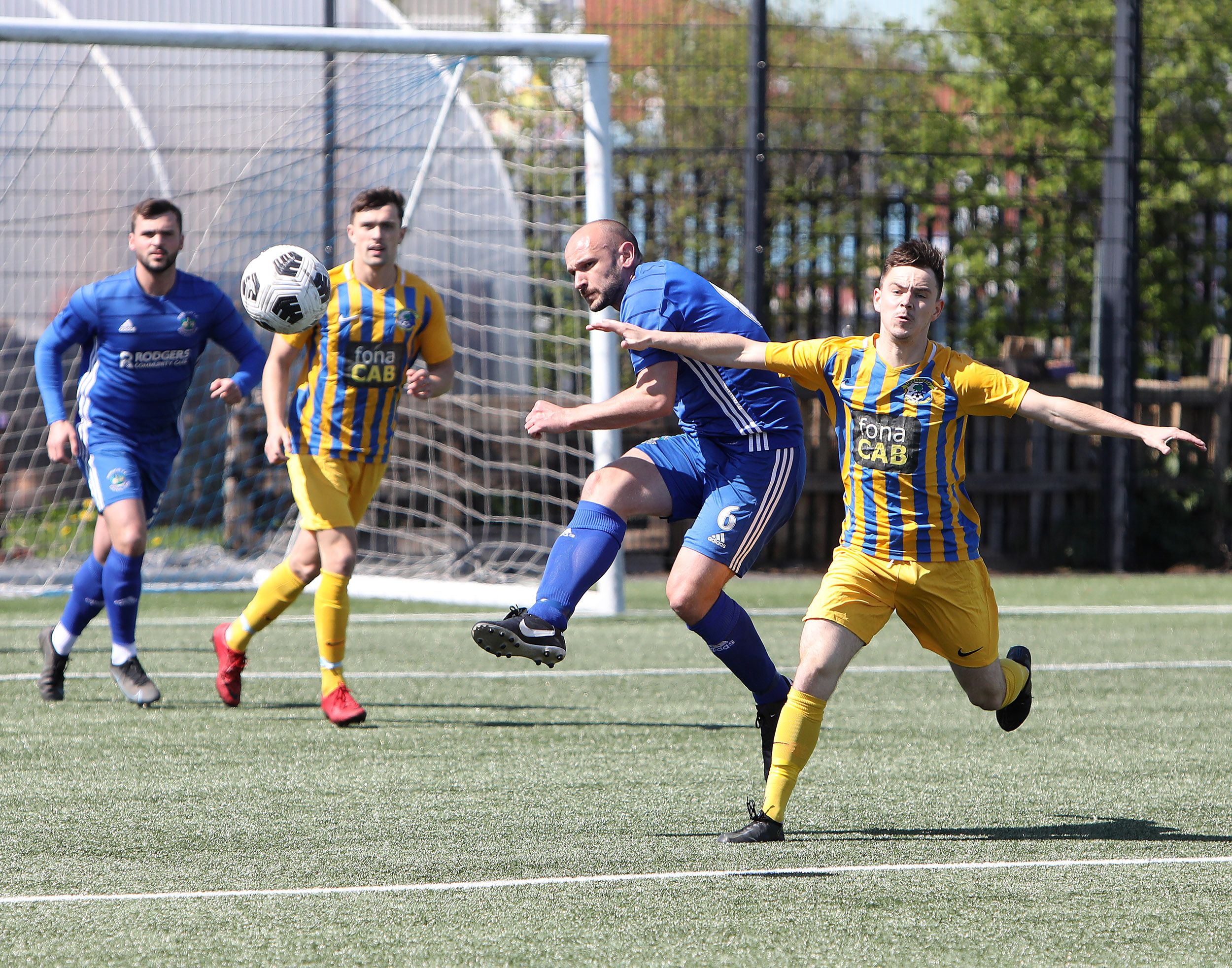 Action from Saturday's game at 'The Cage' Jim Corr

The West Belfast side remains top of the table, but saw their lead cut by Crumlin Star who are just one point adrift with a game in hand.

Saturday’s encounter at ‘The Cage’ featured some promising moments but both teams found it difficult to follow through on any openings they created.

Derriaghy began the opening attack against the West Belfast men with Ryan Leetch striking a free-kick that was expertly saved by Mac’s ’keeper Ruairi Murray.

The ball bounced back and forth, mostly in midfield for both teams until the 10th minute when James Haughey attempted a brilliant run, followed by a great cross which could have yielded a lovely goal, but there was no-one to follow up on the chance.

Derriaghy’s Nicholas Napier continued a good run a few minutes later, and shot at goal, but it was again saved by Murray.

A chance could have opened up for Derriaghy to press ahead around the 20-minute mark when they had appeals for a penalty, but the pleas were waved away.

The rest of the first half resulted in neither team showing enough to break through each other’s defence, and an almost stalemate ensued, with the ball rarely leaving the centre of the pitch.

Derriaghy’s Scott Dornan made some good runs up the wing, but as in the case of Mac too, they failed to deliver anything of note.

James Haughey did take a brilliant shot on goal 42 minutes in, but it was just narrowly saved by Derriaghy’s ’keeper, Jason Craughwell.

Just before the first half ended, Derriaghy got a free-kick just outside the box taken by Ryan Leetch, and when it rebounded off Mac’s defensive line, Nicholas Napier whacked the ball towards goal with tonnes of power, but it was just over the net, and the first half ended goalless.

The second half began much as the first ended, with both teams trying to get through, but not having much luck. A Derriaghy header at 52 minutes almost went in but was caught by Mac’s ’keeper.

Mac followed up a minute later when Logan Brady shot at goal, but it narrowly went over the top of the net.

The next minutes were taken up with more possession battles until Ben McCaul for the West Belfast men attempted a brilliant diving header, but it was just saved in the nick of time by Derriaghy’s ’keeper Craughwell.

More scrambling about took the game into the last minute, when Derriaghy managed to pull off just one more shot that was again saved by Ruairi Murray as the game ultimately ended in a goalless draw. 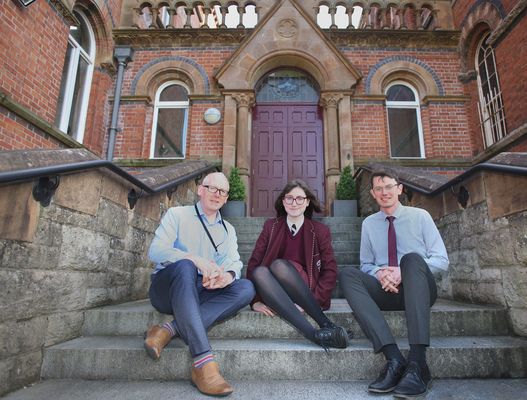 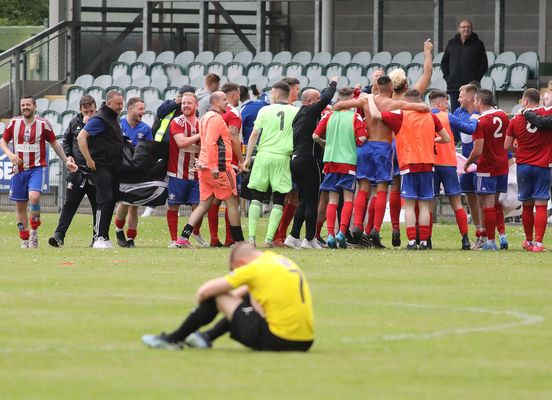 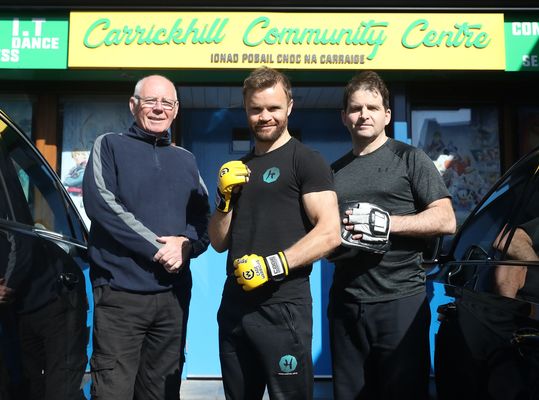