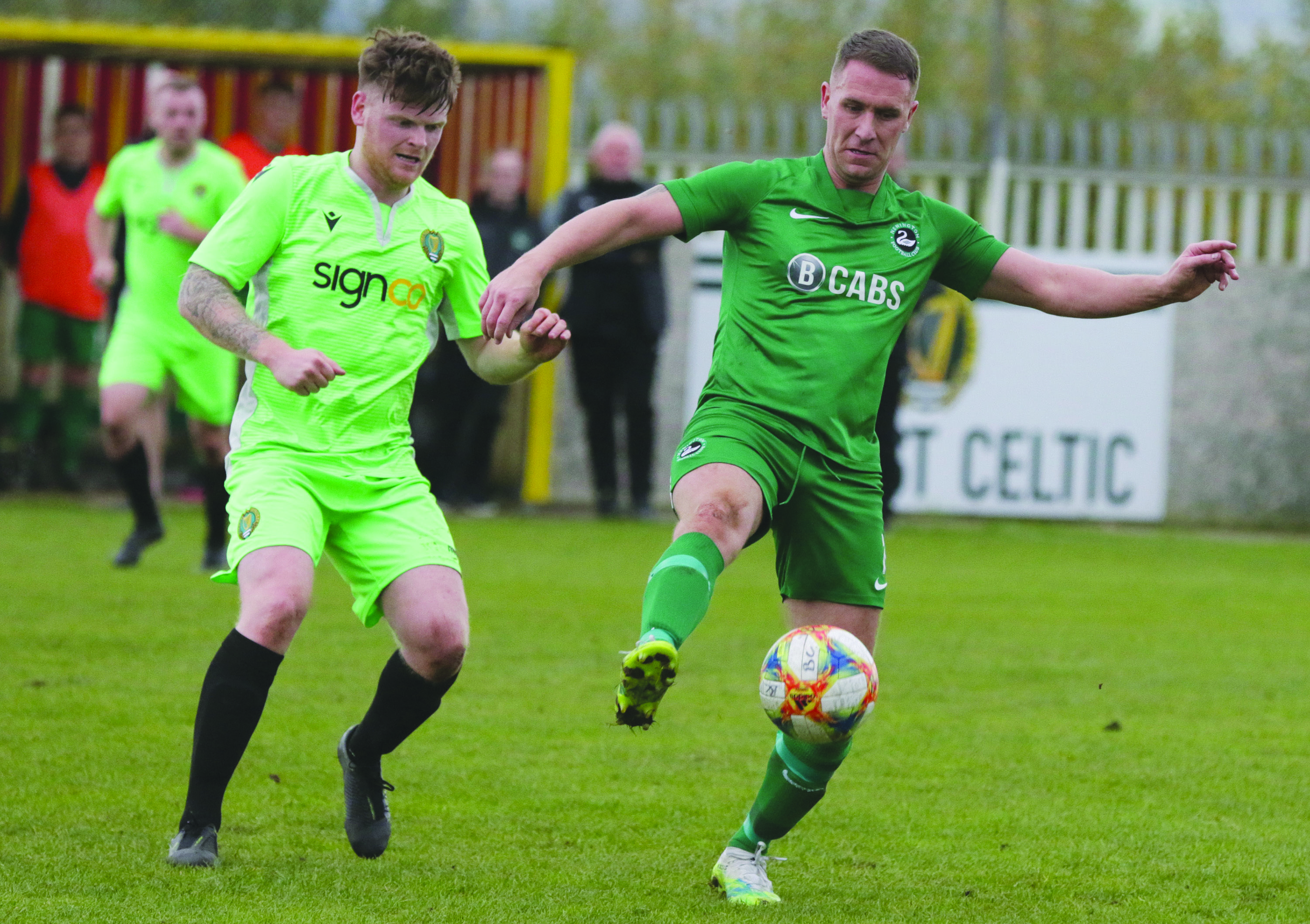 Newington accounted for Belfast Celtic in the quarter-final

A lull in their schedule means Newington go into the last four battle without a competitive game under their belt since their Irish Cup win over Ballynahinch Olympic on Saturday, October 30.

The situation is far from ideal and it is indicative of the stop-start nature of their season as Tuesday’s Steel and Sons Cup clash is swiftly followed by an Intermediate Cup tie at Richhill on Saturday, November 20.

The following Saturday (November 27), Newington bid to reach the first round of the Irish Cup proper at the expense of Derriaghy.

Attempts to get one of their two cup games brought forward proved futile and Hamilton insists have to get on with the task at hand.

"The schedule has been a bit hectic. We had been hoping to move our game against Richhill in the Intermediate Cup moved forward to this Saturday, but they had a league game,” said Hamilton.

“We then tried to get the Derriaghy game in the Irish Cup played on Saturday and they said no. It isn’t ideal.

“We also tried to get a league game squeezed in this weekend, but it is what it is.

“We’ll just have to cope with it. We’ll train away and we’ve a friendly game lined up so we won’t be ideal.

“We have picked up a few niggles in recent weeks so they could be glad of the recovery time. The majority of the boys want to be playing every week, but it could refresh us – maybe it will be a good thing.”

Fortunately for Newington, their opponents are in the same boat so both sides should be recharged are raring to go next Tuesday night.

Bangor are currently top of the Premier Intermediate League and are unbeaten with five wins from five with Newington currently five points behind them in sixth position but with games in hand over a number of teams ahead of them.

The Seasiders also gave Cliftonville a scare in the quarter-final of the Co Antrim Shield last month when holding a 2-0 lead only for the Reds to battle back to claim a 4-2 win at Solitude.

With holders Linfield Swifts taking on Lisburn Distillery in the other semi-final next Wednesday night at Seaview, Newington have, arguably, the tougher draw in the semi-final, but Hamilton is happy to be underdogs going into the last four clash.

“It is a massive game for us - every game is a challenge,” said Hamilton.

“I know a good bit about Bangor and we’ve had a look at them.

“Bangor are flying at the minute. I think Bangor will be favourites – a lot of people will fancy Bangor for this game. I’m happy enough about that. I like to be the underdog.

“Make no mistake, we’re a different animal than Bangor will have seen.

“It has the makings of a great semi-final and I hope it lives up to those expectations.”

Newington won the 2017 Steel and Sons with Padraig Scollay netting the winner against Linfield Swifts.

However, David Dorian’s avenged that 1-0 defeat in 2019 when they claimed a 3-1 win at Seaview on Christmas Day and remain the defending champions of the competition with the 2020 renewal being cancelled due to the Covid-19 pandemic.

The prospect of a return to Seaview on Christmas morning is tantalisingly close for the North Belfast club and Hamilton says his players will give it their all in Tuesday night’s game to fulfil their ambition.

“Speaking to the boys, they are very excited for the game – they want to be in the final,” said the Newington boss.

“They want to be there again and they want to build on the experience of playing in the last final.

“It was a great feeling when we won (in 2017). Their hunger has shown in the performances so far in the competition. The desire to reach the final again is still there.

“The older players have been there, but the younger players want to experience that cup final. We are one game away from being there on Christmas morning.”

Hamilton added that, barring any last-minute knocks, he is expecting to have a full squad to pick from next Tuesday.

Bangor claimed a 4-0 win over Crewe United in the quarter-finals while Newington were impressive 4-1 winners at Belfast Celtic.

Tuesday’s game has the makings of a great contest. Newington needed extra-time and penalties in their last Steel and Sons semi-final and it would be no surprise if Tuesday’s game is every bit as close.