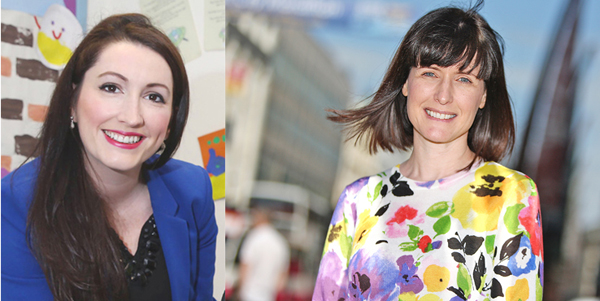 TWO SOUTH Belfast MLAs have become embroiled in a war of words as the controversy over the £80m Stormont Social Investment Fund (SIF) staggers on.

Alliance MLA Paula Bradshaw has hit back after DUP MLA Emma Little Pengelly accused her of continuing to “sit quietly” in the chamber as the SIF fund came in for savage criticism even though she was involved in the process which saw SIF funds going to a group with which she’s involved – the Greater Village Regeneration Trust (GVRT).

Ms Bradshaw said she had “expressly declared an interest” at the meeting at which the GVRT was nominated lead partner in a project funded by SIF.

She added: “I am on record as having written to OFMDFM to raise concerns over the nonsensical way in which the SIF programme was first mooted, in terms of why it was ever situated within the former OFMDFM and then the sporadic, stop-start manner in which it has been delivered.

“SIF was never more than a vanity project for DUP and Sinn Féin. This poor attempt at distraction politics came from Emma Little-Pengelly, who was an OFMDFM special advisor when the flawed SIF process was designed in the first place.”

As the DUP continued to come under fierce criticism over the failure of First Minister Arlene Foster to call for the resignation of Charter NI Chief Executive and North Down UDA commander Dee Stitt in the wake of extraordinary comments he made in The Guardian newspaper describing a flute band a local flute band as “our homeland security”, Ms Little Pengelly has opened up a new front.

“It has been extraordinary to watch Paula sit quietly beside her Alliance colleagues in the Assembly as one after another jump to their feet to criticise the fund,” she said this week.

“If Alliance opposed the SIF steering group process, why did Paula Bradshaw actively participate in such a process which brought a direct benefit to her own organisation?”

Ms Little Pengelly said she was making no criticism of the work of Paul Bradshaw or the GVRP – both of which she said had done a “good job” on delivering positive outcomes – but rather she wanted to highlight the failure of Alliance to highlight the fact that they were involved in the SIF process they were criticising.

“During the numerous comments by Alliance representatives, no mention was made of the decision taken by the South Belfast steering group, which included Alliance’s Paula Bradshaw,” she said.

Ms Little Pengelly was speaking in the wake of a statement by Alliance leader Naomi Long calling for an independent review of the SIF scheme.

“There is clearly deep public concern regarding many issues around SIF and the processes involved in its implementation and operation,” said Ms Long.