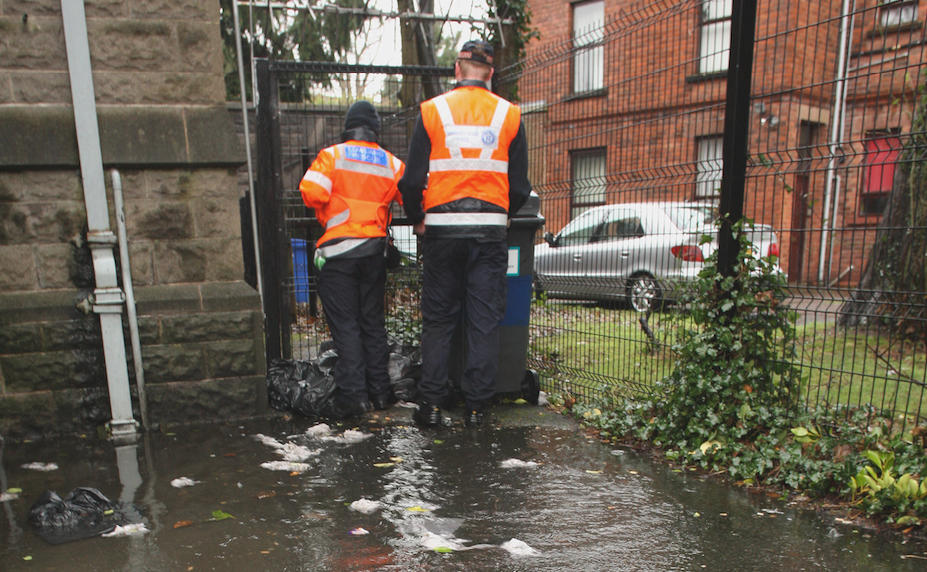 CONCERN: Searching for William in the grounds of Fortwilliam Presbyterian

A LARGE search operation involving specialist search and rescue teams and volunteers took place on Wednesday near the Antrim Road as efforts continue to locate missing North Belfast man William Morrison.
William, 60, went missing on St Stephen’s Day from sheltered accommodation in the Skegoneill Avenue area.
He is described as being 5’5” tall, of slim build and pale complexion. He has grey hair, crew-cut style. He is unshaven with black and grey heavy stubble.
A PSNI spokesperson said William is known to frequent Belfast city centre, especially around the area of Pottinger’s Entry
“We are appealing for William to make contact with or if anyone knows of William’s whereabouts please contact police at Tennent Street station on 101,” said a police spokesperson.
Meanwhile, police have also issued an appeal asking for anyone with knowledge of the whereabouts of Saoirse Smyth, who has been missing since last May, to contact the same number.
The 28-year-old, described as being 4’11” tall, of slim build with red hair, was last seen in the Belfast area. Detective Inspector Paul Rowland is leading the investigation into the disappearance.