St Gall’s denied at the death by Cushendall 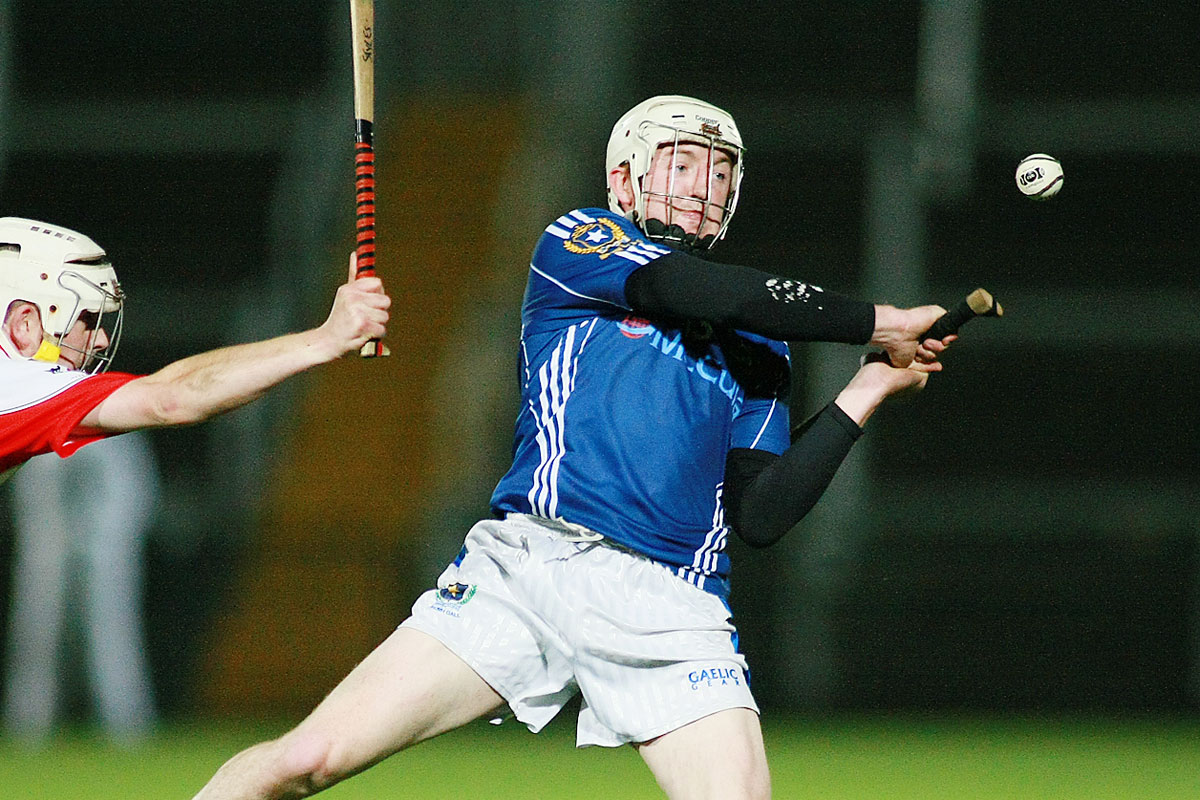 St Gall’s almost pulled off an amazing upset in the Antrim Senior Hurling Championship semi-final when they lost by a single point to Ruairi Ógs, Cushendall at a breezy Fr Healy Park, Loughgiel on Sunday night.

The Milltown lads were seconds away from a first-ever appearance in the county hurling final, but conceded a goal and a point in the closing moments to deny them victory.

They had a chance to restore parity with the last puck of the match but Karl Stewart’s free into a gale-force wind fell short and the mother of all upsets was denied.

It was an amazing display from the Belfast lads, whose defensive resilience was in evidence over two hard-fought matches against Dunloy, and this was on display again in Loughgiel on Sunday evening.

Stevie Morrison, Terry Austin and Kieran McGourty in particular were outstanding at the back, while CJ McGourty continued his rehabilitation with a solid display from centre half back. Karl Stewart impressed in midfield, ably assisted by young Jackson McGreevy, while in the forward line youngsters Niall O’Neill and Conor Burke put in a hard shift, while the experienced Ciaran Gallagher and Sean McAreavey caught the eye.

St Gall’s made full use of the strong wind in their backs in the opening period, establishing a 2-8 to 0-4 lead at the break.

It might have been a lot different if Shane McNaughton’s early goal-bound effort had hit the net rather than the post, but St Gall’s survived and two minutes later they raised the green flags when Ciaran Gallagher was given time and space to turn and shoot after good running by Conor Burke.

CJ McGourty and Karl Stewart extended St Galls’ lead and Cushendall finally got off the mark after 13 minutes when Brian Delargy scored from play.

The Ruairi Ógs were not being given any time to settle on the ball as St Gall’s dominated the opening half.

Aodhán Gallagher pointed before elder brother Ciaran found the back of the net for St Galls’ second goal, pulling to the net after a good save from Cushendall ‘keeper Ronan Kearney.

Cushendall were rattled and four further Stewart points gave the Belfast lads an 11-point lead, with Shane McNaughton converting two frees to leave the score at 2-8 to 0-4 at the break.

Cushendall threw on Fred McAuley for the second half to try and change the momentum, and with the wind in their backs, they were all out to get back into the match.

The resolute St Gall’s defence held firm for the early part of the half, despite another goal-bound effort from Cushendall striking the post, with Karl Stewart extending St Galls’ lead with a free after 37 minutes.

Three quick-fire points from substitute McAuley brought Cushendall back into contention as St Gall’s struggled to get the ball into their forward line. They did have a glorious opportunity to effectively kill the game off when a Stewart effort hit the upright, fell kindly to Sean McAreavy, but his pulled effort was bravely blocked by a Cushendall defender.

The match changed with ten minutes left to play when the impressive St Gall’s goalkeeper Daniel McDonnell had the ball flicked off his stick by Fred McAuley as he attempted to clear it to safety.

The interception went straight to the net and suddenly there was just five points between the sides.

It was a case of counting down the clock for St Gall’s as Cushendall pressed forward relentlessly. Wave after wave of Cushendall attack was thwarted with a Shane McNaughton free and a Karl McKeegan point from play all they could muster.

St Gall’s led by three with 60 minutes played when a Shane McNaughton free was lobbed into the square.  Despite being initially cleared, McNaughton had a second chance to play the ball in and this time a Cushendall forward flicked the ball to the net.  Both Declan McKillop and Paddy McGill claimed the goal as they went for the ball together, but who scored mattered little to St Gall’s.

They needed to win possession from the restart and that’s exactly what they did, but Aodhán Gallagher was instantly crowded out when facing his own goal. He lost the ball and Conor Carson trotted forward and stroked the ball over the bar to give Cushendall the lead for the first time after 62 minutes. There was still time late in the game for the Stewart free, but as the sliothar fell short, referee Ray Matthews blew the full time whistle.

It was a brilliant match, and a great effort from St Gall’s, and proof that the gap between the North Antrim ‘big three’ and everybody else isn’t as big as many thought. St Gall’s, and their young players in particular, can look forward with optimism.