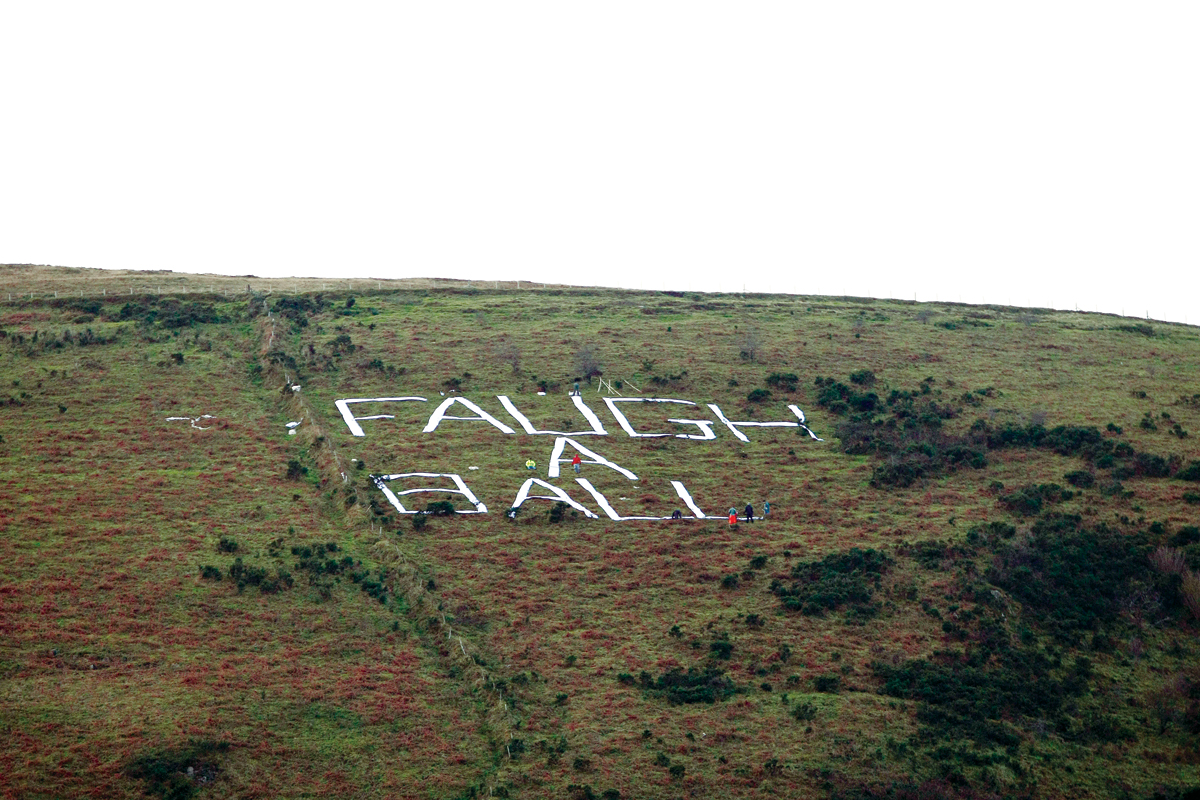 SQUINTER still doesn’t know the age of the British army cadet at the centre of the controversy involving the Lord Mayor Niall Ó Donnghaile. Is she 14, is she 15, is she 16, is she 17? Whatever the truth, the child is clanking unseen around a crowded, noisy stage, like Banquo’s ghost; her parents have similarly refused, for whatever reason, to join the doltish drama.

The reason Squinter’s interested in the age of the girl is because he lost someone very dear to him who was of a very young age. She was aged 14, cut down by the same British army which the unnamed and unaged cadet was representing at City Hall. In the North of Ireland, the same British army that killed Catholic children teaches Protestant children to march and shoot guns. Against that background, it’s hardly surprising the Lord Mayor would get a little antsy about the prospect of being photographed shaking hands with a representative, however junior or peripheral, of the British army.

Because how’s Niall supposed to know what Squinter’s going to say next time we meet? For all he knows, Squinter might spit in his face and accuse him of insensitivity and disrespect. And for every Squinter, there are hundreds of people out there bereaved by the British army who count themselves among Niall’s family, friends, neighbours and constituents, every single one of them with unique thoughts and singular needs; and as he looked at the list of people he was going to meet and saw the words ‘British army cadet’ can it really be a surprise that his young mind whirled at the depth and complexity of the issues that might present themselves? And that he made the wrong choice in the heat of the spotlight can be no more of a surprise than trailer-park unionism refusing to accept his apology.

The British soldier who killed that teenage girl some 30 years ago will no doubt spend Christmas with his family as he has always done, and Squinter wouldn’t transfer him from his festive celebrations to a jail cell even if he had the power to do so; and what’s more, Squinter believes that not only should Niall have shaken that young girl’s hand and presented her with that award, but that for the rest of his term he should continue to push the boat out, further into those chilly waters where the toy soldiers like to swim.

Panem et circenses – bread and circuses. In ancient Rome the Senate dissuaded the masses from any aspirational participation in the political process by ensuring that they had plenty of cheap food and games. And so the people ate and watched people kill each other in the Colosseum without asking any awkward questions about, say, the prosecution of the Second Punic War, or how incumbent consuls were serving the state. The loaves being distributed by unionist politicians in the Shankill and Sandy Row are stale fare indeed, but the military games have been magnificent and unending for 80 years. And so there’s not a whisper when not a single child from the Shankill passes the 11-Plus, when working class Protestant men and women die 20 years before their time, when there are no jobs and no hope. But at the merest hint of disrespect for the military, they’re at the barricades. Panem et circenses,

Another Latin phrase from Squinter’s youth springs to mind, redolent of lazy afternoons in the classroom with chalk dust swirling in the stale air. It’s by the Roman lyrical poet Horace: Parturient montes, nascetur ridiculus mus (The mountains will be in labour, but only an      absurd little mouse will be born). Not many of the protestors swathed in Rangers scarves and attacking cars at the City Hall on Tuesday night will have heard a Latin phrase, much less know what it means. Which is to say, the DUP and UUP have done their job well.