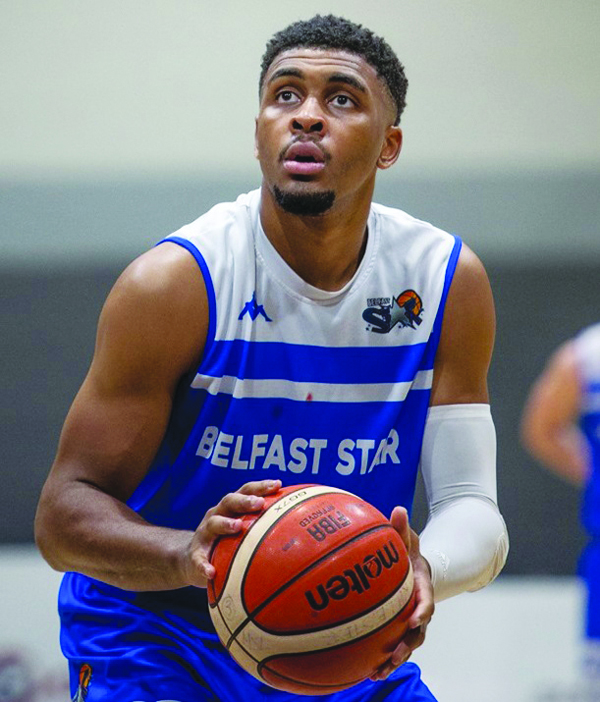 BELFAST Star slipped up on the road against Moycullen last week and they now realise that any further lapses could be very costly as the Super League title chase enters crunch time.

But it wasn’t so much their defeat at the hands of the Galway side that rankled most with head coach Adrian Fulton as much as the manner of it.

“To be honest,” he said, “this was by far our worst performance of the season and there’s no way we can let it happen again.

“We face a really tough Killorglin team on Saturday night in La Salle and I’ll be expecting our guys to put on a show that reflects the talent they have.

“Schoolboy errors were at the heart of the loss. Make no mistake, Moycullen are good but we handed them that win on a plate.”

Star started the game slowly, allowing the home side to lead at the end of the first before reversing their fortunes in the second to go in ahead at the half, 39-45.

However, a big third quarter from the hosts though saw them bring the game right back at Star, and just two points separated the sides going into the last, Moycullen trailing 63-65.

A huge fourth quarter from both teams followed, with Keelan Cairns and Delaney Blaylock getting some key scores. Moycullen, though, had their tails up and pushed into a four-point lead with just over three minutes to go.

Again, Star had an answer and came right back at them, and with 2.4 seconds to go, held a 76-78 point lead before Moycullen’s Vila was allowed to run home an easy leveler to tie the game and give them the impetus to push on and take the win in overtime.

Fulton now eyes all his remaining games as must-wins.

“This is an unforgiving league this year,” he added.

“Maybe the only good thing to come out of that loss is that the last time we played so poorly, we then went on a six-win run.”

High point of the game for Star was a huge 39-point haul from Delaney Blaylock, with good support from Keelan Cairns and CJ Fulton.