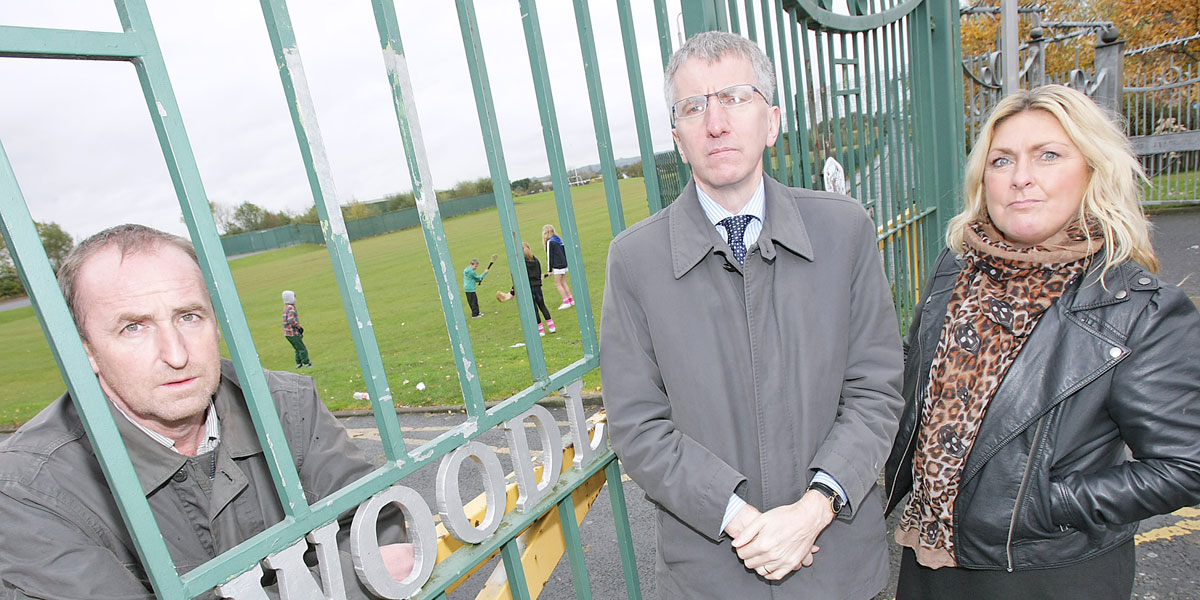 LARGE crowds of  youths gathering for drinking parties at Woodlands pitches are being told to stay away from the Finaghy Road North facility.

Residents, police and Council officials have joined forces to show the teenage revellers the red card as the number of drinkers gathering there has continued to swell in recent weeks – at times rising to over 100. It’s thought that young people from other parts of the city are starting to turn up as the reputation of the pitches as a weekend party spot grows.

“Earlier this year, I met with local residents, the Council's Community Safety Unit and the PSNI to discuss the destruction of this amenity over the summer months by gangs of drinkers,” Cllr Ó Muilleoir said. “That resulted in a considerable easing of the problem and ensured the facility was left for the enjoyment of local people, schools and sports clubs. It came as something of a surprise, therefore, to find that at the very end of October and in the most inclement weather crowds of young people returned to Woodlands, causing distress and disruption to residents and users of the facility.”

The PSNI launched a special operation last weekend to move on young people who had arrived at the gates of Woodlands from across the city. And Cllr Ó Muilleoir says Council officers have now repaired gaps in the perimeter fence and installed a new rota spike to the gates to deter access.

“It will take a few days to block an elaborate trench which had been dug out at one corner of Woodlands, but this should be secure by the weekend. The message to those young drinkers using Woodlands as a gathering spot is that they are not welcome this weekend or any weekend at Woodlands. These amenities are for the use and enjoyment of all our citizens and we will not tolerate their abuse by a minority who should really know better.”

A Council spokesman said City Hall was working with the police and the community to block access to Woodlands. He said enhanced CCTV coverage is currently being implemented and he urged anyone spotting intrusions to call the police or the Council.