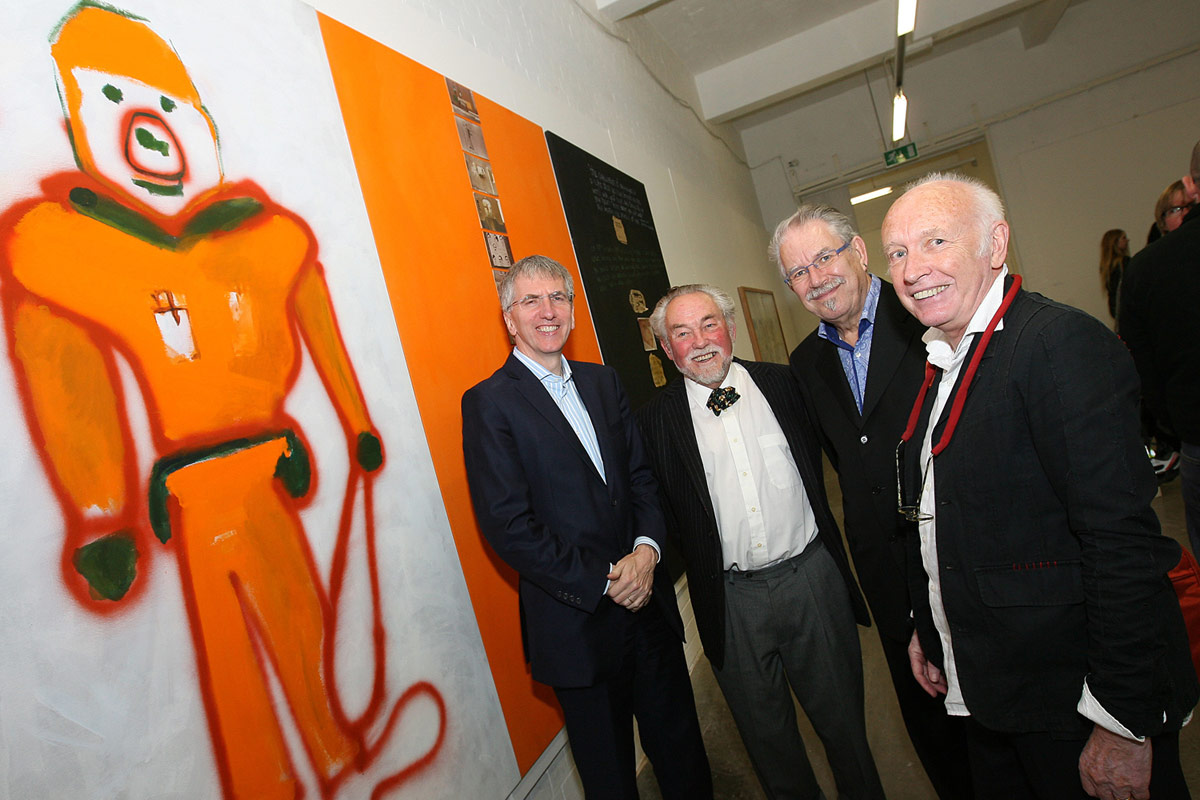 I had two pals in the viewing gallery at City Hall during Tuesday’s monthly meeting of Council. One was Sheriff Leo McGuire, who represented Bergen County, New Jersey, a county of one million souls. He has stepped down from that elected office and was in town to work on a trade deal with a local firm which specialises in training on ballistic armour – flak jackets to me and you.

The other was the Chair of the Confederation of British Industry Northern Ireland, Terence Brannigan, who told me afterwards that everyone in Belfast should spend an hour at a meeting of the City Fathers.

That wasn’t said in jest – the more people involved in the political process the better is his view. I did my own bit to encourage that engagement by Tweeting so industriously from the meeting that my Blackberry’s battery gave up the ghost and died before proceedings closed.

However, Terence was surprised to see the still-stark unionist/nationalist split in the chamber which is, if truth be told, out of step with the power-sharing, collegial approach up on The Hill, where we have frequent photocalls with DUP and SF ministers together.

In an often difficult meeting – there were threats of suits for defamation, the denouncing of this modest dispatch, and echoes of the past in the branding of Irish as “gobbledegook” – that which separates us was more obvious than that which binds us.

But in fact, on 90 per cent of issues the Council is at one. Listen carefully and you would have heard statements from DUP representatives which were conciliatory and designed to build bridges across the chamber. That’s particularly true of East Belfast Councillor Gavin Robinson (no relation to Peter) and of his constituency colleague, Alderman Robin Newtown, who, between liberal lashings of nationalism, expressed again their desire to work for the common good.

The good news for those with more time on their hands than sense in their heads is that from next month you’ll be able to listen to those statements in their full glory when Council meetings are streamed live.

(Just one caveat about the ten per cent we don’t agree on, though: there’s a lot of crucial stuff in there – and we’re on it!)

PRIME among the debates Council will have will be a discussion around the place of the Irish language in the shared city of Belfast. This is an issue not only for Belfast City Council, but for every institution, quango and government body in this city. Janet Muller of rights body Pobal puts the issue best in a letter this week to one body: “I think the issue is how do you plan to acknowledge the Irish language community of Belfast in the spirit of a shared future and inclusion? As you know, the 2001 Census showed over 36,000 people in Belfast with fluency in the language and this will have grown incrementally in the past 10 years. There are 17 Irish medium schools and numerous Irish language organisations and groups. There are significant references to the Irish language in the Good Friday and St Andrews agreements. Along with Welsh and Gaelic in Scotland, Irish in the North is recognised by the British government under Part III of the European Charter for Regional or Minority Languages. Part III of the Charter places a duty upon government, public bodies and others to promote the use of the Irish language in public life in both written and spoken forms and to remove obstacles to its development.”

In the time ahead, we’ll find out how Belfast City Council answers that question. Hopefully, it will look at best practice in other cities because this is not the first time a modern European city has had to grow up in terms of its treatment of a lesser-used language.

And, in his own way, Alderman Davy “Gobbledegook” Browne was making a legitimate contribution to that debate because the point of his contribution, missed due to his unfortunate use of language, was that he was content to have Irish speakers speak in Irish in the chamber as long as they made the same proposal in English first. That’s hardly an acceptable proposal, but it is, at least, an effort to get to grips with an issue which must be tackled.

Focal scoir: This isn’t a spectator sport, those who speak Irish, promote Irish and love Irish need to raise their voices in favour of a progressive, 21st century approach by Council to the Irish language and to the Gaeltacht Quarter. What has happened to date is not going to cut it and the public needs to make that clear.

Finally, the Tears In Rain/Deora San Fhearthainn show continues to run at the Golden Thread Gallery in Great Patrick Street with that unsung hero of the new Belfast Joe McWilliams giving a lunchtime talk there today (Thursday) on his life and work.