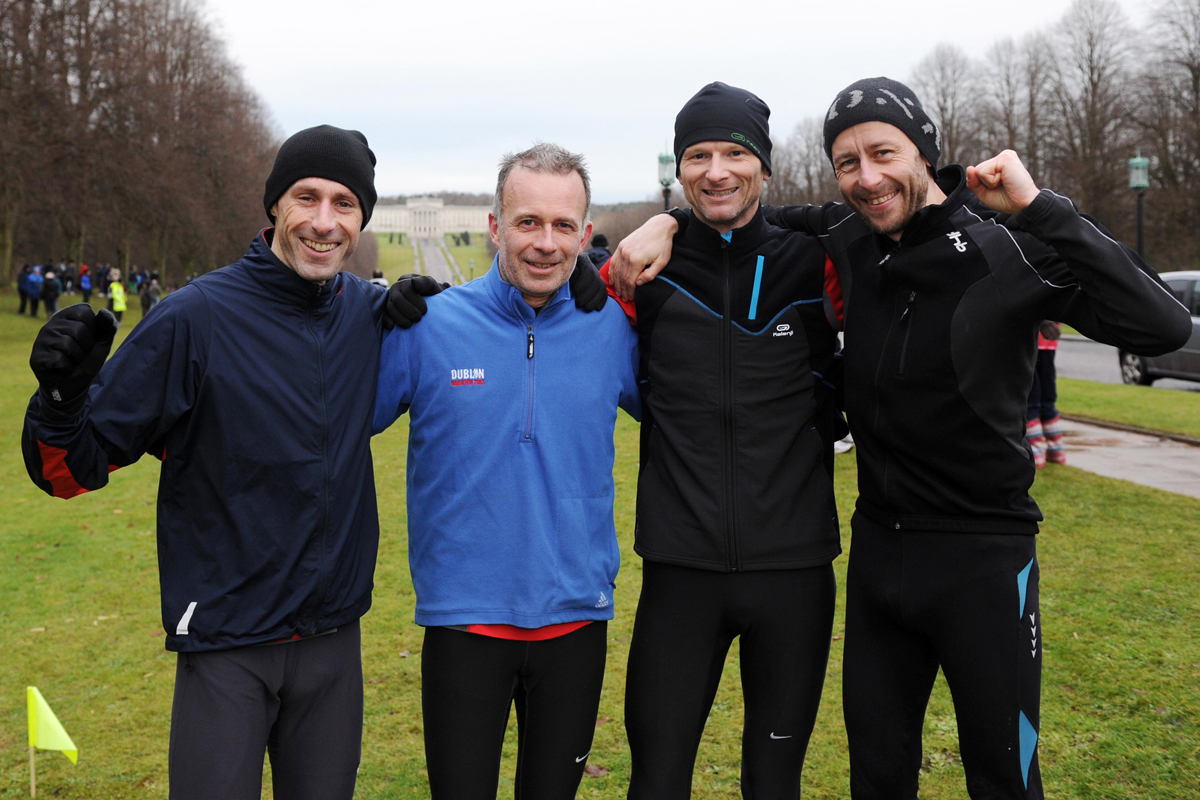 Annadale Striders continued their good start to 2012 with victory at the Raheny five mile road race on Sunday afternoon.

Despite the wet conditions Striders’ Andrew Agnew finished seventh in a new personal best of 24:29 with 41-year-old David Morwood, who won the Over 40 race, scorching to a 25:11 clocking. The duo’s exploits helped the Belfast men to the team title in what is widely-regarded as one of the most competitive races in Ireland.

It was another first class performance from Queen’s PhD student Agnew, who also led the Striders to team glory at the Antrim International at Greenmount College the previous week.

Meanwhile Striders’ Paddy Hamilton was back to his best on the roads on Sunday as he finished second, behind Clare man Sean Hehir in the John Treacy Dungarvan 10 mile race in 49:47.

A number of the Striders will be targeting the Titanic Quarter 10k – the official warm-up race for the Deep RiverRock Belfast City Marathon – which will this year take place in the shadow of the soon-to-open Titanic Belfast, the world’s largest Titanic exhibition.

This year’s race date is Sunday April 22 less than a month after the official opening of Titanic Belfast and just over a fortnight ahead of the Belfast City Marathon.

This year’s run will once again start and finish at the public realm space at Abercorn Residential Complex (ARC), where a family fun day will be hosted with a range of activities before, during and after the race.

Local runners dominated the top positions last year, with Stephen Scullion of North Belfast Harriers winning the men’s race in a time of 30 minutes and 47 seconds and Kerry Harty of Newcastle taking the women’s title, clocking 36 minutes and 13 seconds.

All runners will this year once again receive a text message to their mobile phones once the race is over with details of their individual position, official time and category position. A LED screen will display every runner’s name, race position and time once they cross the finish line.

“The Titanic Quarter 10k has become one of the most popular dates in the Athletics NI calendar and, while many runners quite rightly view it as the ideal preparation run for the Belfast City Marathon, it is also a highly competitive standalone event,” said John Glover, President of Athletics NI.

“It always attracts the top local runners and it was great to see them on the podiums last year after our African guest athletes have taken the top prize in previous years.

“Another great feature of this event is that it sees fun runners, joggers and club runners taking their place at the start alongside elite international athletes and we welcome runners of all ages and abilities to get involved. The Junior Race for U15s, which is always a crowd pleaser, will also be back by popular demand.”

There is a total prize fund of £3,000, sponsored by Podium 4 Sport, with each entrant receiving a special commemorative goody bag and the ever-popular Junior Race for U15s will take place before the main event. Entry fees are £11 for athletic club members and £13 to unattached individual runners.

Entry forms are available from Athletics NI, other athletic clubs and leisure centres. Online entry is available at www.athleticsni.org, where there will also be access to a race map and details of the family fun day. The closing date for website entries is Friday 6 April. Runners entering before April 6 will get their name printed on their number – only the second Northern Ireland event for which this facility has been available.