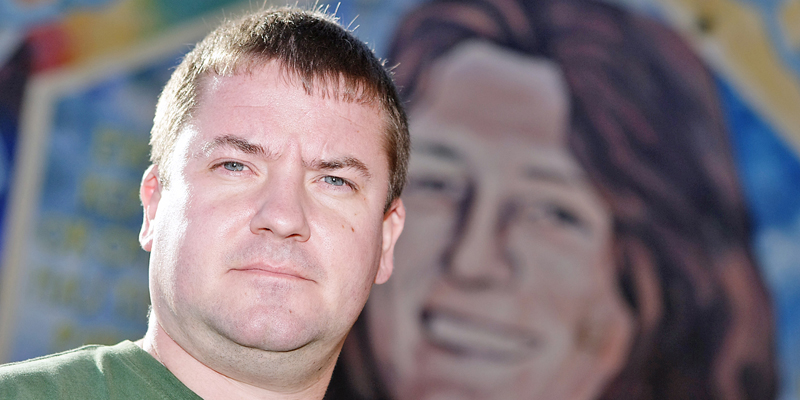 BELFAST Councillor Ciaran Beattie has been awarded a substantial five-figure sum after “offensive” and “unfounded” comments online by a fellow Council member.

The Sinn Féin representative said he hopes it will serve as a warning to people to be mindful of what they post online.

Addressing the matter at the full Council meeting at Belfast City Hall on Monday night the UUP representative said: “I would like to apologise to Councillor Beattie for the contents of a post I published on Facebook. I wish to retract the comments I published in their entirety and have agreed to pay compensation.”

Speaking to Daily Belfast News in the wake of the apology, Cllr Beattie welcomed the apology and said he hopes it serves as a warning to others.

“It all started months ago when I was alerted to a message on social media where it appeared Councillor McGimpsey had posted an offensive comment in which he referred to myself being involved in a bomb or something to that affect and made reference to a comment referring to me as a ‘one armed bandit’ or something along those lines and I decided to report it to the Ombudsman at the time,” he revealed.

“I sought legal advice and proceed with the matter which was then resolved around six weeks ago and part of the agreement was that he would issue a public apology in Council tonight (Monday).”

Mr Beattie lost his left hand after being accidentally caught up in an explosion during the Troubles.

“I’m happy that he made the apology, online abuse no matter who or where you are, is unacceptable and everyone is and should be accountable for what they say and no one should be exempt from that,” he added.

“I hope this serves as a warning to people that they can’t treat people badly and say nasty things about them and get away with it. Gone are the days of old of saying whatever you want.
John Finucane of Finucane Toner Solicitors said: “On behalf of my client, Mr Ciaran Beattie, I welcome the apology of Mr McGimpsey at tonight’s full Council meeting at Belfast City Hall.
“On November 27, 2017 Councillor Chris McGimpsey posted an offensive and inaccurate Facebook post in relation to my client.

“The defamatory post was false and unfounded. Legal proceedings were initated immediately. His public apology tonight is welcomed and confirms that his comments were inaccurate and have been retracted in full. In recognition of the gravity and seriousness of the original comments, Councillor McGimpsey has agreed to pay substantial damages to my client and with tonight’s apology Mr Beattie considers this the end of the matter.”