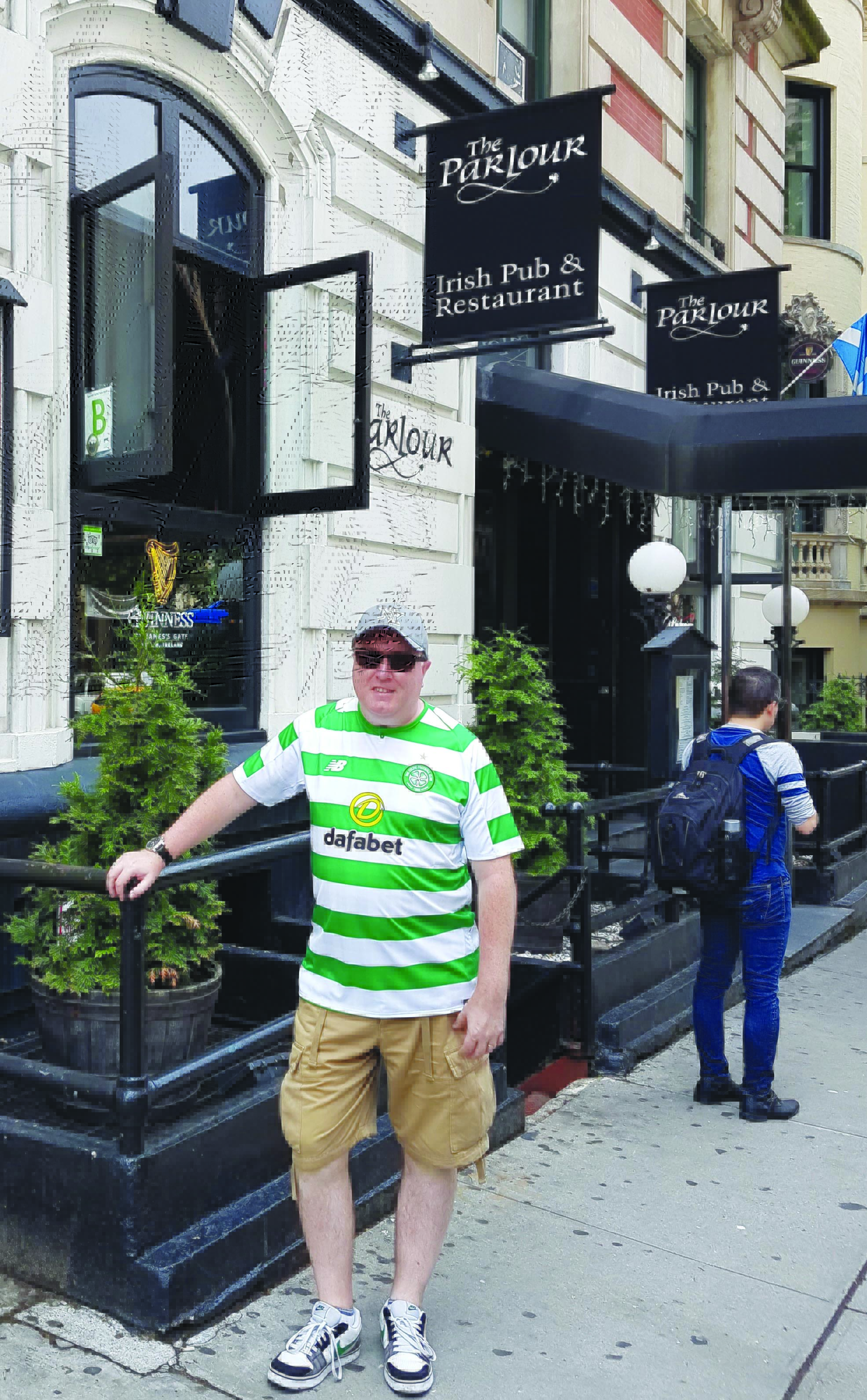 'Tickety-Bhoy' ahead of a Celtic game

IT’S been a turbulent week for Celtic and Scottish football as a whole, as the Covid-19 protocol breaches by Hoops’ left back Boli Bolingoli and the Aberdeen eight continue to dominate the headlines.

Not only have they had to withstand barrages of criticism but both clubs have had a frustrating time of it sitting on the sidelines while their competitors enjoyed the opportunity to build up sizeable advantages in the league table.

Scotland’s first minister Nicola Sturgeon has been wringing every last drop of political mileage out of the situation, sabre rattling against “privileged” footballers for, in her eyes, single-handedly bringing a second wave of coronavirus infections down on the country.

It is worth noting that only two of the Aberdeen boys tested positive for the virus, while the Celtic player returned two negative tests. However, those facts don’t really fit Sturgeon’s “that’s your first yellow card, the next will be a red” narrative.

A few of the usual suspects with anti-Celtic agendas have also weighed-in with all too predictable calls for points deductions or forfeiture of the postponed games, with a 3-0 win awarded to the opposition. Just how that would work given that one of the games missed was between Celtic and the Dons is anyone’s guess.  Would they both get 3-0 wins from the same game?

Unfortunately, and despite all of the instructions their clubs give them, it is almost inevitable that well paid, fit, young men whose brains for the most part are in their feet are not going to act in the most responsible of manners but to lay the blame for their transgressions at the door of their employers is extremely unfair.

If someone working for, say, Tesco, or the Post Office or any other big company broke the rules in the way that these young lads did, would it be fair to sanction those companies, or to sanction the individuals involved?  By all accounts, Bolingoli and the Aberdeen guys have all been hit hard in the pocket and in Bolingoli’s case, it will surely herald the end of his Celtic career.

A points deduction is a non-starter and if one were to be attempted by the Scottish football authorities, any decent lawyer worth his salt would be able to have it quickly overturned.  Despite what Kris Boyd and all the other so-called pundits, desperate to do anything they can to stop 10-in-a-row say, it’s not going to happen.

Having two games postponed was in itself a significant punishment for Celtic as it robbed them of the chance to build up a bit of momentum at the beginning of a massive season.  Having already dropped two points away at Kilmarnock, the players will have been eager for the chance to put things right on the pitch but were denied that by the stupidity of one player.

At this stage of the campaign, the mantra is always to concentrate on your own team, not worry about how your nearest rivals are doing, take one game at a time etc.  These are clichés of course but for the most part they do hold some validity.

That said, though, there must have been some consternation among the Celtic ranks about the prospect of Sevco edging 11 points clear at the top of the table before the Bhoys take to the field again, albeit having played three games more.

That fear would have been assuaged somewhat, however, as Stephen Gerrard’s men found out, as Celtic had the week before, that playing on artificial pitches against tough, well-drilled, defensively organised opponents will not be an easy ask this year.

After winning their first three league games, the Ibrox club struggled to break down Livingston on Sunday and dropped their first points of the campaign.

It’s already looking as though victories on the bone-dry artificial pitches of Kilmarnock, Livingston and Hamilton will be hard to come by and points picked up at these away grounds could have a massive say in the destination of the title this year.

Recruitment and player retention is also going to have a major influence in Celtic’s chances of success this term and in that regard it is very encouraging to hear that Neil Lennon and the club are having a serious look at Brighton centre-half Shane Duffy.

Given that Duffy is on English Premier League wages and tied to a long-term contract with the Seagulls, then a loan deal would be the only option open to the Hoops.

Having missed out on signing Duffy a few years ago, Peter Lawell could exploit the player’s emotional attachment to the club to persuade him to sign on for a year and put his name in the history books as one of the men who did the 10.

However, Lawell’s a cold, hard businessman who may feel that on balance, the Celts would still win the league without the considerable outlay that Duffy would command.

From a fan’s point of view, though, he is exactly the type of no-nonsense defender the team needs.  He would be a huge asset at both ends of the pitch and given what is at stake this year, this is no time to play the percentage game.

Hanging on to Odsonne Edouard also falls into the same category.  There will no doubt be vultures circling for a player of his calibre, but it is essential that Lennon and Lawell convince him to stick around for another year at least.

Signing a new, enhanced contract will be key to this strategy and ensure that his value will not depreciate next year.

With the transfer window in Scotland staying open until October, I’ve a feeling we will have to endure an anxious few months before we fully discover the strength of the squad that will be entrusted to deliver us the 10-in-a-row.

With a membership of over 100 and a similar amount of season tickets, they are regular attendees at Celtic games in Glasgow and further afield.

Indeed, at any Celtic match throughout Europe and beyond you will see Éire go Brách heavily represented.

It is at Celtic Park, however, where you will most regularly find our members, having made the Jock Stein Lower our spiritual home since it’s construction in 1998.

If you have ever driven down the Falls Road early on a matchday morning you will have no doubt come across the crowds of people eagerly awaiting their transport to the match and the chances are that most of those will be travelling with Éire go Brách.

Unfortunately, as the Covid-19 virus continues to dictate travel and attendance at sporting events, it may be some time before we are back inside Celtic Park but as soon as it is safe to do so you can be sure that our club will be at the forefront of the return.

As the late, great Tommy Burns once said of the Celtic support: “They’re there and they’re always there, and God bless every single one of them.”

The club is approaching its 25th Anniversary next year and its longevity is a testament to the hard work, commitment and dedication shown by the committee and members throughout that time.

Like any club, there have been ups and downs but despite the current problems the world is facing, Éire go Brách is as strong as it’s ever been.  Our charitable ethos matches that of the club we love and we will continue to support local causes wherever possible.  Here’s to the next 25 years.