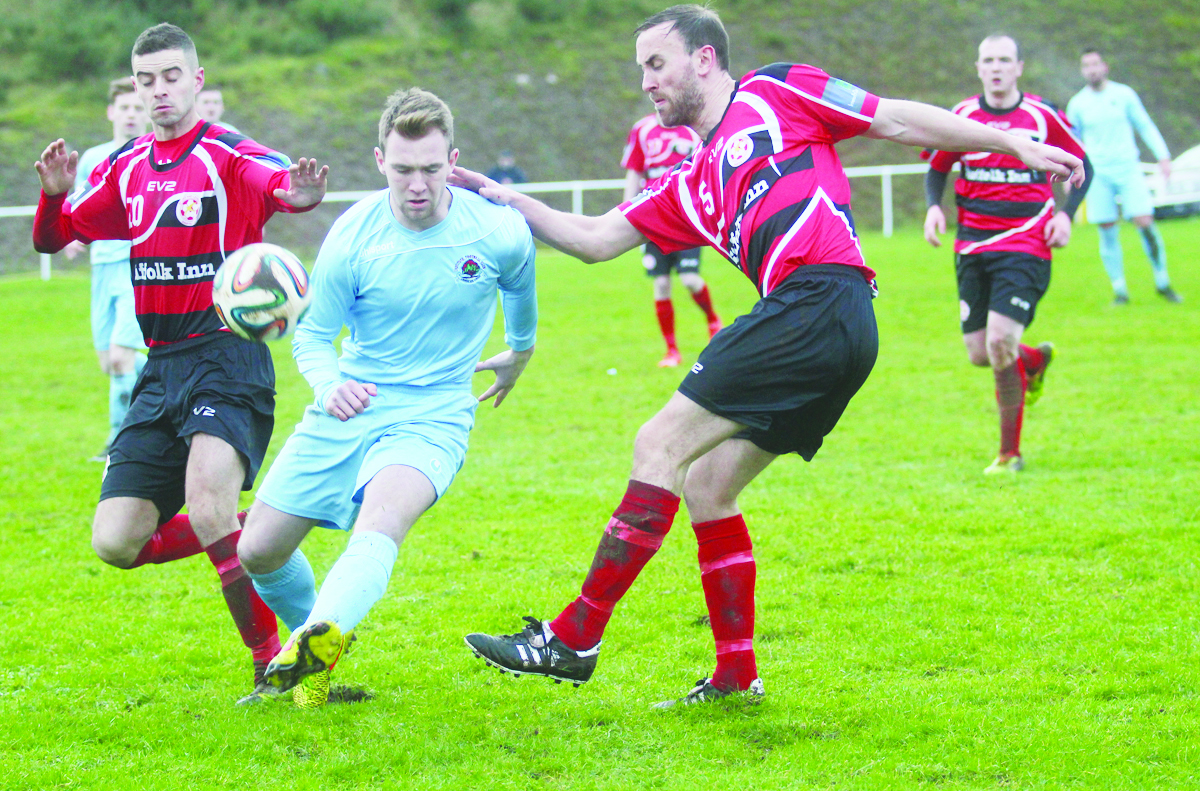 EVERY cloud has a silver lining, or so the saying goes. When Sport and Leisure’s Championship 2 tie against PSNI was called off due to the weather, Pat McAllister was afforded one last chance to have a look at Cliftonville, who were in action at Solitude. The Glen Road men face the Reds in the Irish Cup on Saturday hoping to be the preverbal giant-killers of the sixth round. As expected, the IFA confirmed last month that the game will take place at Solitude, rather than Glen Road Heights despite McAllister’s side being first out of the hat. However the Sport and Leisure boss has no qualms about losing home advantage and feels the plum draw is a fitting reward for the people who serve the club behind the scenes. “Obviously we were disappointed that the game (against PSNI) was called off on Saturday. There is nothing you can do,” said McAllister “That’s what you get in this country weather wise. “What we did do is go over to Solitude. We have already seen Cliftonville twice but it gave us a chance to go and have one last look at them on Saturday. “Everybody is looking forward to it. “It is something that the club deserves. “The draws down through the years haven’t been favourable. “John Connelly, John Morgan and Gerry Bradley have been there from day one and it is a great reward for those guys.” Having defeated Dergview and Institute in the earlier rounds, Saturday trip to North Belfast represents a marked step up in class for McAllister’s side. Cliftonville accounted for Amateur League side Immaculata in the fifth round and Kevin Lawlor’s men gained plaudits for a respectable 2-0 defeat. However, McAllister insists that his team must bring their own gameplan into Saturday’s game. “The players put in a great performance against Institute and also against Dergview. They should go and enjoy it,” said McAllister. “We have a gameplan but you are also fearful of what could happen at Solitude. “They have, in my opinion, the best striking options in the Irish League. “I am not buying into what people are saying about how Immaculata played. It was a brilliant achievement from them but what they did will have no bearing on our game whatsoever.” While McAllister is fully aware of what could unfold at Solitude, he insists his side wanted to draw one of the big clubs in the sixth round draw. “No disrespect to the other clubs, but we didn’t want to draw another Championship side – we wanted a Cliftonville or a Linfield,” added the Sport and Leisure boss. “We have got what we asked for. It is up to us to go and put on a performance now. “In my opinion, it is one of the best run clubs in the Irish League in the way they go about their business. They have come a long way from the days when I was there.” Since their 3-2 extra-time win over Institute last month, Sport and Leisure bowed out of the Intermediate Cup following a penalty shoot-out defeat to Mossley. Yet, McAllister reiterated his stance that the league is the club’s main priority this season. “We aren’t going to be judged by how we do in the Irish Cup - our main concern is the league. “We felt that we took our eye off the ball in the Intermediate Cup game. “Boys maybe had the Cliftonville game at the back of the minds. “They didn’t want to get hurt or pick up a yellow card or a red card.” McAllister will be without captain Gavin Johnston and midfielder James McGrogan for Saturday’s clash with the Reds as both are currently serving suspensions.