Talking of God and Waiting for Godot 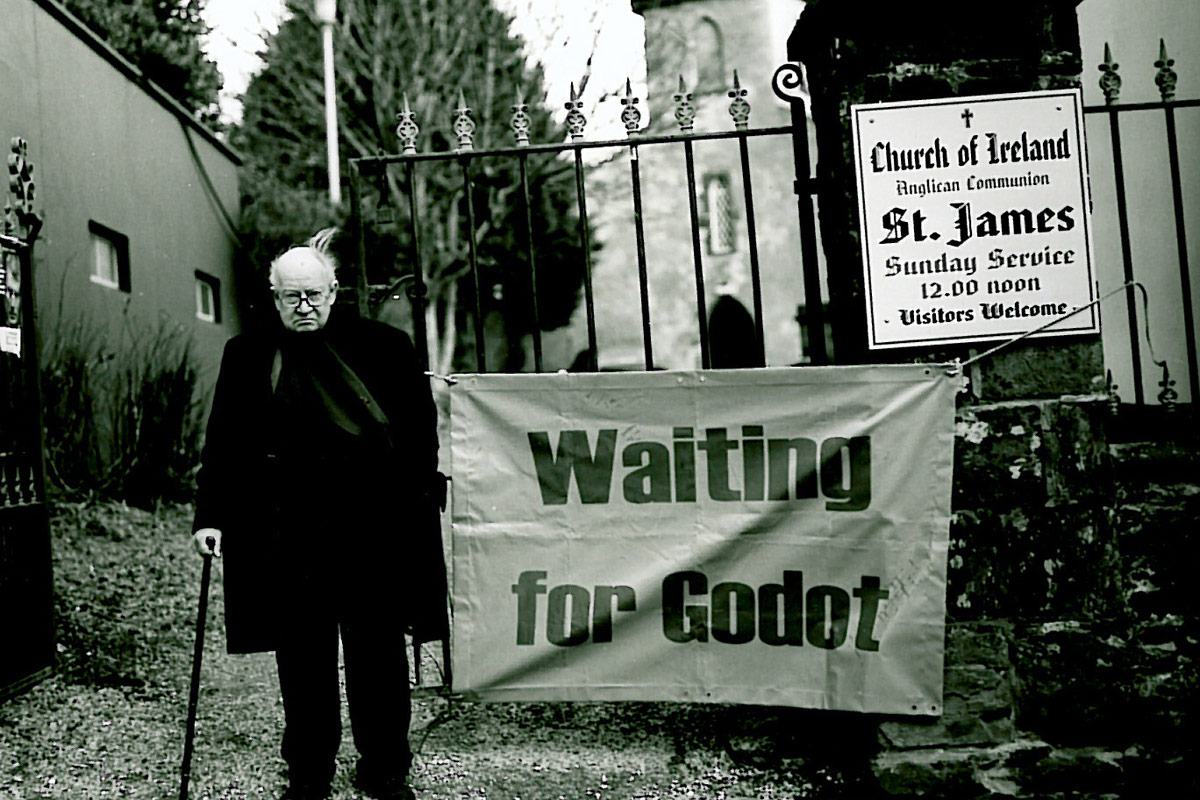 Like many of the world’s most celebrated writers countless name-droppers have claimed to have known Samuel Beckett personally.

But for one of the celebrated Irish playwright’s closest friends - in Belfast next week delivering a lecture on Beckett - late night conversations over a game of chess and dinners in dark Paris cafés truly were a regular occurrence.

Renowned avant-garde publisher John Calder was not only a professional acquaintance of the Dublin-born writer, but had the privilege of calling him a personal friend.

Now 84-years-old, Calder was known for his lifelong commitment to publishing Beckett, a writer he views as the most important in the English language since Shakespeare.

Calder greatly facilitated Beckett’s early career after the success of Waiting For Godot in the early 1950s, by publishing texts which other publishers refused to grace.

Speaking to the Belfast Media Group ahead of his Beckett and God lecture tour which comes to the University of Ulster next Thursday (October 13), Calder recalls how the pair would spend many late nights in Paris playing chess and discussing, amongst other things, theology.

“People wrote Beckett letters to get a reply - just to get his signature which is very amusing but although I knew him very well we hardly corresponded at all,” he said.

“There were very, very few letters between us because I would just ring him up and say ‘let’s go and have dinner’ and we would very often spend most of the night talking.”

Often seen as having a bleak world view, Calder says Beckett, who won the Nobel Prize for Literature in 1969, was simply a realist.

“He was very realistic and he knew the world was a bloody awful place. The world depressed him,” he said.

“As a person he was very straightforward and was very good company. We had a lot of the same interests, we were into the same writers like Joyce. We would talk about the world, we just liked each other.”

For the forthcoming lecture Calder will be focusing on religion, particularly in the later work of Beckett.

Born on Good Friday, April 13 1906, Beckett was brought up in a strict Church of Ireland family.

“I want to give people a new idea of Beckett and religion,” says Calder.

“A lot of people who are brought up in religion in terms of faith, it never leaves them and Beckett is a very good example of this. In his old age he began thinking ‘if I wrote a bible what would I write’ and his very late works began going into all that.

“There is not a single non-believer anywhere in his writing. However he recognised that there is a lot of very silly things in religion. In his old age he developed a new theology of his own.”

Calder says that, particularly in terms of religion, Beckett’s work is just as relevant today as it was when he wrote it.

“If God is there looking at the world he made, he made a mess of it. This is what the late works are about.

Speaking ahead of the lecture Dr Gerry Macklin, a senior lecturer with the University of Ulster’s French department and a Beckett scholar said John Calder is uniquely placed to talk about both Beckett the writer and Beckett the man.

“His talk on Beckett and God will appeal to all those fascinated by Beckett, his life and his prose writing and drama and also to anyone interested in religion and philosophy,” he said.

John Calder’s Beckett and God lecture tour will be at the Conor Lecture Theatre at the University of Ulster’s, Belfast campus next Thursday (October 13, 7pm). The free event will consist of a public lecture by John Calder, an audience Q&A session and a reading from selected Beckett works by local actor and theatre director, Peter Quigley. To reserve a place email eh@ulster.ac.uk