Tears behind the laughter at the MAC 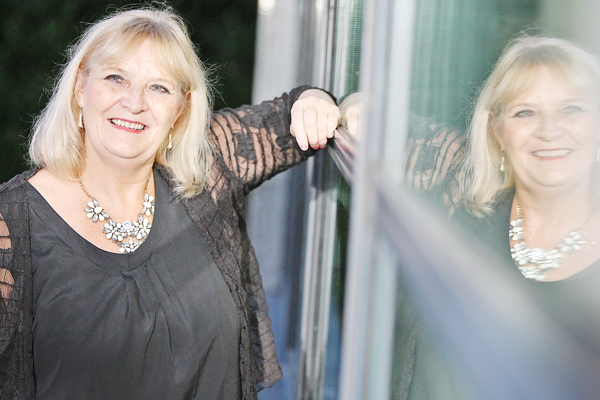 REFLECTIONS: Patricia Gormley will take a seat in the audience for the first time when her play opens at the Mac in January

PATRICIA Gormley is a woman of many talents. At the age of 40 and after raising her four children she went to Queen’s University and studied English Literature and Politics alongside two of her daughters.

She taught English to mature students, then went into working with the elderly and that’s where she discovered her talent for writing. Patricia wrote, directed, starred in and toured with the hilariously funny ‘I’ll Tell Me Ma’, the story of four generations of a West Belfast family and the ups and downs they face.

The play is about to open at the Mac for a two-week run and will then tour 18 venues across the north. However, there is one major difference with this production: Patricia has handed the producer reins Joe Rea and her part will now be played by the fabulously funny Christina Nelson (star of ‘Handbag Positive’). Speaking to the Belfast Media Group, Patricia said: “I cannot wait to see my play through the audience’s eyes for the first time ever. This has been my baby for over five years now and people keep asking me how I feel about someone else stepping into my role and I have to say I’m really excited. I was getting very tired performing all the time but at the same time I didn’t want to give the play up, so Joe Rea Productions came into my life at exactly the right time. I feel very privileged that he wanted my play – not a bad achievement for a granny!

“I was doing a charity night in the PD and Christina Nelson was directing me and that’s where Joe Rea approached me and asked me if I would be willing to do a two-week run in the Mac. I told him I couldn’t do it every night as it would be too much for me, I’m in my 60s now. We agreed that Christina would be perfect in my place.”

Patricia discovered her passion for writing while she was working with the elderly.

“I was a supervisor in a fold and I didn’t want the residents to be playing bingo all day so I decided to do creative writing with them. We wrote and performed our own plays. We were doing a play on the Shankill Road one evening and a girl called Lesley Johnston approached me and asked me if I would like to do a one-woman show. I said ‘Funny you should mention that, I’ve actually got an idea for one’ and two weeks later I’ll Tell Me Ma was written. I played the four characters. It’s based on my own life and experiences, it shows you the changes a year can make in a person’s life. There is something in the play for everyone, men and women of all ages, even teenagers love it. As well as being a comedy it tackles social issues such as grief, old age, finding coping mechanisms and fulfilling your ambitions.”

I’ll Tell Me Ma deals with the heartbreaking effects of a young girl’s death and is based on the death of Patricia’s 18-year-old sister.

“That part of the play was always so tough for me to get through. The tears I shed on stage were real. Because it’s not such a personal issue for Christina I think she will play it in a completely different way. I honestly wouldn’t have wanted anyone else to play my part only Christina.”

I’ll Tell Me Ma takes a trip through West Belfast from the Falls Road to Andersonstown to Twin-brook. It’s a laugh-out-loud show about the ups and downs of family life with the important message that whatever life throws at us, we can get through it with a bit of love and laughter.