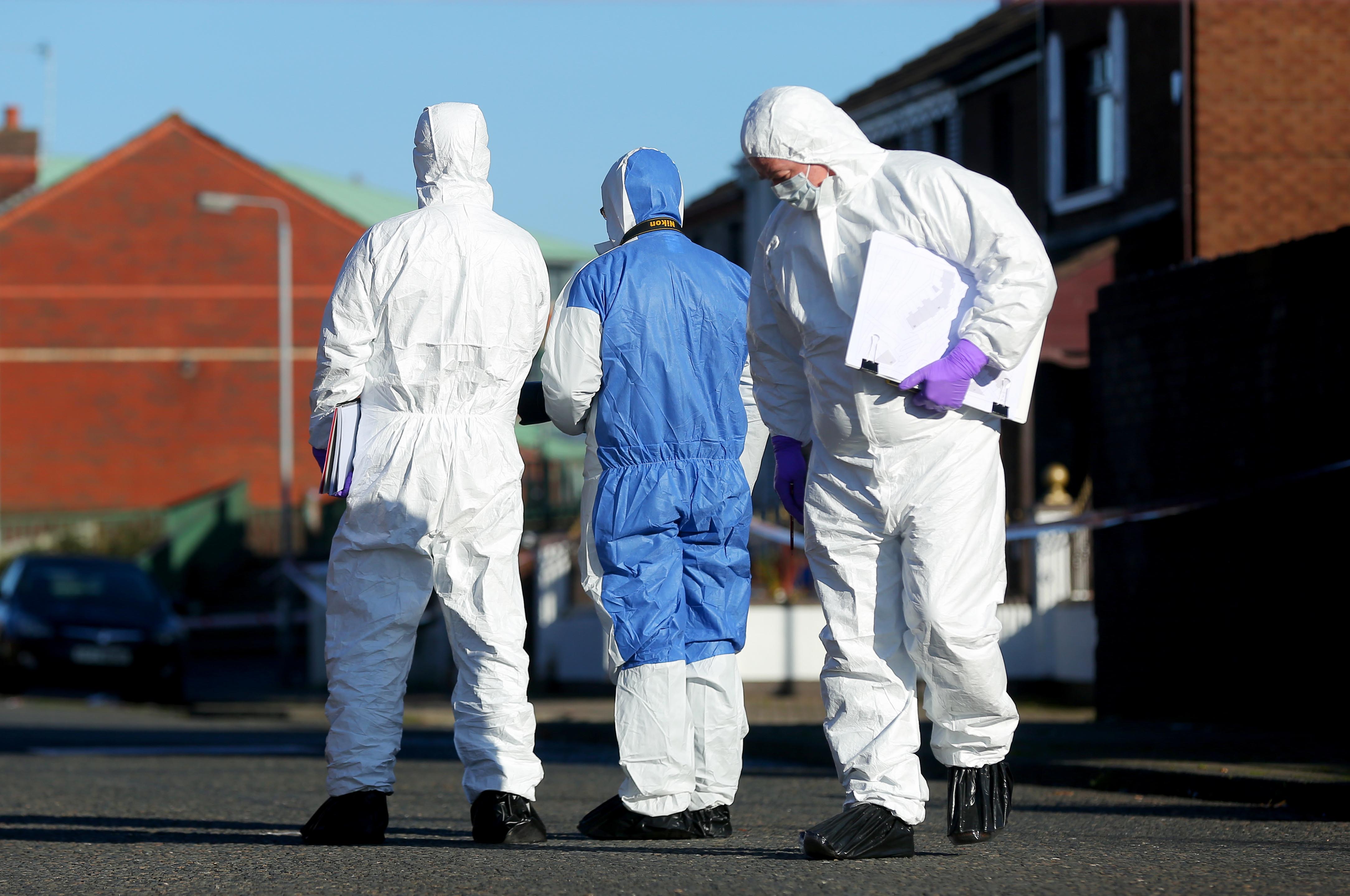 A police forensics team at the scene of the early-morning stabbing in Cullingtree Road. Picture by Kevin Scott

A teenager is in a critical condition in hospital after being stabbed in the Divis area of the city early on Sunday morning.

The victim was stabbed at around 6am in Cullingtree Road in an attack described by a local MLA as “shocking and appalling”. Another MLA said more needs to be done to counter the rise in knife crime across the city.

SDLP MLA Alex Attwood said: “The attack on a man on the Cullingtree Road in West Belfast is truly appalling. The man suffered knife wounds which have left him in a serious condition in hospital. This is the second attack of this nature to have happened in West Belfast in recent days. My thoughts are with the victims and their families at this time.

“There is growing concern about the rise in knife crime attacks in Belfast. Any level of knife crime is unacceptable, and more needs to be done to deal with knife crime in our society.

“I would appeal to anyone who has any information relating to this attack to contact the police.”

Sinn Féin MLA Mary McConville said: “This recent stabbing which has left a young a man fighting for his life brings home the reality of these incidents.

“The young man has suffered knife wounds leaving him in a serious condition and his family traumatised. More needs to be done to deal with the growing knife crime in our society and I am calling on young people not to be drawn into carrying knives.

“I hope this young man makes a full and speedy recovery and I would call on people who have any information to pass it on to the PSNI.”