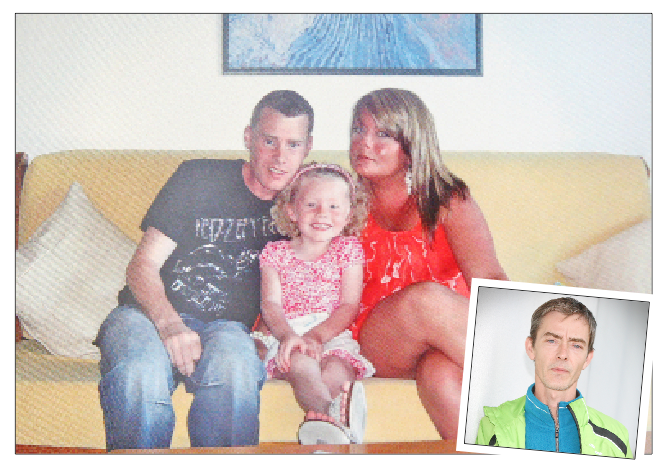 A pregnant West Belfast woman diagnosed with terminal pancreatic cancer is battling every day to keep alive her unborn baby as she awaits pioneering treatment in a specialist cancer clinic.

Currently 33-year-old mother-of-one Margaretlee Hilton from Kerrykeel Gardens in Lenadoon is 16 weeks pregnant. She was diagnosed with stage four cancer in April during surgery to remove her gallbladder after she had been complaining of chronic stomach and back pain.

Since her diagnosis the family have set up a gofundme.com page that has so far raised over £37,000 towards vital treatment for Margaretlee.

Speaking to the Andersonstown News, Margaretlee’s brother David said the family have been “overwhelmed” by the generosity of the community with donations coming in as far away as Bermuda.

“Margaretlee has been admitted to the oncology unit in the City Hospital today (Wednesday) as her potassium levels are so low, over the last few days she has been dreadfully sick,” he said. “The chemotherapy is knocking the life out of her, she isn’t eating and is constantly vomiting but she needs to get her potassium levels back up.

“The community response has just been amazing, our community has just come together as one for Margaretlee, it’s unbelievable and it doesn’t matter what race, colour or religion you are, we even had a mother donate from Bermuda. It’s astounding that a wee island out there has caught wind of a story about a wee girl from West Belfast, it’s just stunning.”

David explained how 19 months ago Margaretlee and the family endured heartache when she delivered a stillborn daughter, Sophia. “The nurses that night said they were lucky they had saved Margaretlee. I remember coming home to the devastation of what was there as just a day before I had been putting the baby’s pram together. Margaretlee, her daughter Amy and partner Dee had moved in with us as they were between houses at the time.

“Going through the burial of Sophia I thought things couldn’t get any worse and Margaretlee did attempt to fall pregnant again but had a miscarriage quite early in the pregnancy. But when she fell pregnant again we were all delighted.”

David said when the family received the news about Margaretlee’s cancer diagnosis it was hard to take in.

“We were all running around, I felt like a chicken who had had its head chopped off. There was lots of crying, I don’t know how many times I had to stop the car to break down.”

As the devastating news began to sink in, David said it was around this time the family began to do their own research into what other cancer clinics outside of Ireland could offer.

“We found that some clinics were telling us the reverse of what the NHS was. I can’t slam the doctors in any way, they do the best they can with the tools they have, but they couldn’t offer any hope. They are restricted with the drugs they have to offer here in Northern Ireland.”

The Hilton family hope that one of the clinics they have researched can at least offer Margaretlee a chance to prolong her life so she can share time with her newborn baby.

“We have investigated a clinic in Baja, Mexico, one in Germany and just yesterday (Tuesday) we heard from one in Malaga that has offered hope to us. The healthcare costs of these types of clinics are astronomical so we don’t know at this stage if we have to start to fundraise all over again.”

David said the family are supporting Margaretlee as she battles to reach the 28th week in her pregnancy.

“The doctors can then perform an emergency C-section and the baby will be here and then Margaretlee can, hopefully, travel for treatment.

“As a family we are unable to accept that our youngest is the one facing such a dreadful disease. It’s very unusual for someone of Margaretlee’s age to have this cancer especially when pregnant as it’s usually people in their 70s this happens to. It’s very rare.”

David spoke of how the family are taking each day as it comes. “We are deciding where is the best place for Margaretlee to go to. We need to send off her latest MRI scans and blood reports so that these clinics can make their own assessment.

“We are trying to keep an upbeat mood at home, you can’t bring negavity into the house as that would just be detrimental to Margaretlee. You just have to bite your tongue. I was looking at her this morning and she just looked like a pale wee shadow of my sister.

“The family really have been walking around in a bubble since this bombshell, it is a big nightmare and I keep thinking I will wake up. As I said before, when Margaretlee lost Sophia we thought things couldn’t get any worse. We are just all over the place at the minute. But we are so thankful for the generosity of people, their messages of support as we try to be there for Margaretlee and her family.”

A fundraiser for Margaretlee will take place on Saturday night in the Andersonstown Social Club. Tickets are priced at £5 or you can pay at the door. Or to donate online visit: http://www.gofundme.com/t8ry38