The long lost townland of Ballycranocke 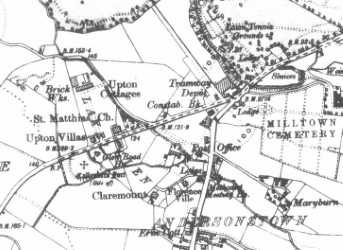 THE WAY WE WERE: The Glen Road meets the Falls Road at the turn of the last century