SQUINTER: The Night before Christmas over at No.10 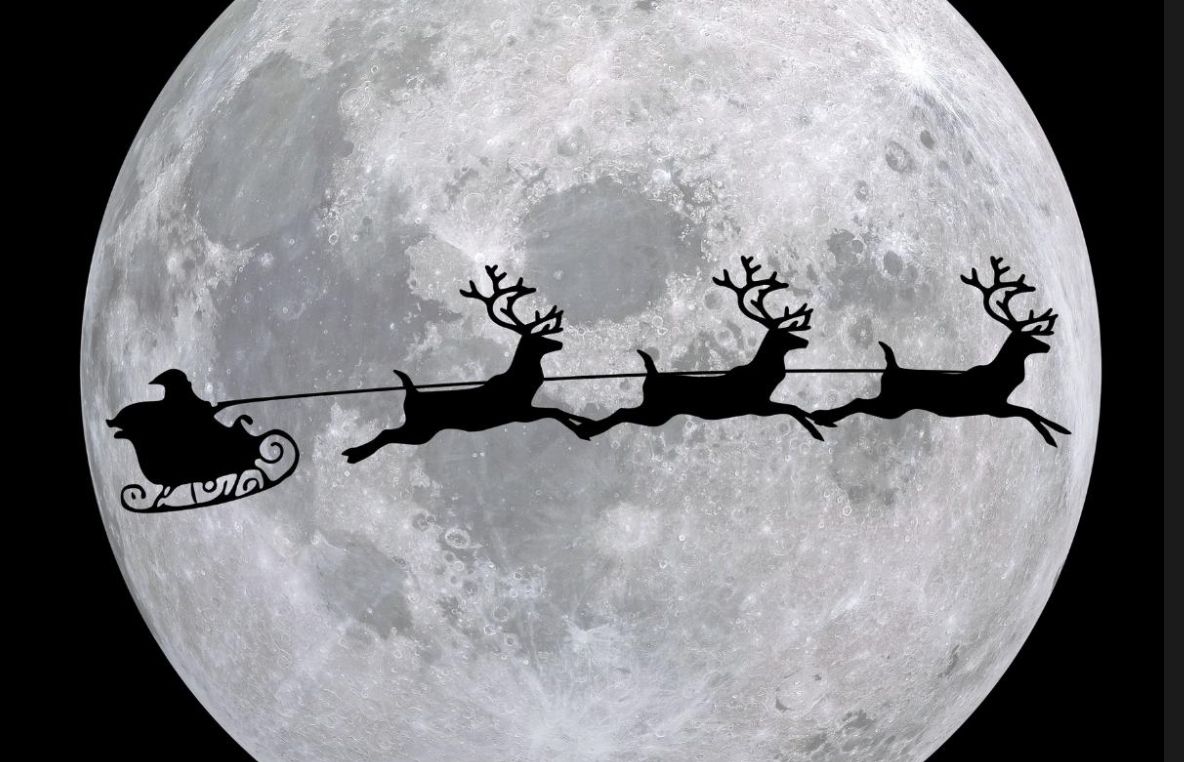 HO-HO-HO: A traditional British Christmas poem beloved by all for years...

A traditional British Christmas poem beloved by all for years...

’Twas the night before Christmas and all through the house
The blithe Tory revellers quaffed Famous Grouse;
They knocked back the bubbly and necked frothing beer
And cried “Merry Christmas to all and good cheer!
Except for the homeless, the poor and the woke.”
Then they rolled up their tenners and laughed and did coke.
And one grabbed his PA and gave her a snog
As one phoned his dealer while sat on the bog.
All of a sudden they heard a loud knock
And the room was ahush save the slow-ticking clock.
They let in the bobby who guarded the door
And the clunk of his boots was heard on the floor.
“I’ve come in to tell you this party’s not lawful,
You’re breaking the law and the punishment’s awful.”
Then forward stepped Boris, face hard as a boulder,
And placed a plump arm on the young bobby’s shoulder.
“I’ve just called your boss and she tells me it’s fine,
So make yourself comfy, here’s a nice glass of wine.”
To go with the gargle were nibbles and treats,
Truffles and caviar, a board of cold meats.
So many gourmet decisions to make,
But most popular of all was the cannabis cake.
They backed up the fire with Yule logs in the flames
And announced it was time for the fun party games.
Cheers and applause filled up the room
With a warmth and good humour you can’t get on Zoom.
Priti suggested “Let’s play ‘Sink the Dinghies’”
While Boris was keen on ‘Big Smile Piccaninnies’.
They got out the board and the tiles and played Scrabble,
With words like snowflake and working class rabble.
A tense game of Cluedo was much fun for all
(Frost killed the Union with the gun in the hall).
This year’s Secret Santa had lots to give out
To the party of porkies, of trough and of snout.
A big Covid contract (which won’t be made vocal)
To the bloke who pulls pints down at Matt Hancock’s local.
A place in the Lords but let’s keep a tight lid,
On the fact it’ll cost you three million quid.
Free trips to the States and money for free
To the mistress that Boris tanked on his settee.
A big second job, half a million to start,
If you’ve got information you’re game to impart.
Just one small downer took place at the do,
A single unfortunate hullabaloo.
A young guy approached the PM to ask,
“Why isn’t anyone wearing a mask?
And why’s there no handwash or health info signs?
The law says we might all get hit with big fines.”
Said Boris, “That nonsense is for little folk.”
And his tone made it clear that it wasn’t a joke.
And then it was time to call it a night,
After so much enjoyment and so much delight.
But the best, they agreed, as they made for the exit,
Was no-one had brought up the subject of Brexit.

TO the City Hall on Saturday for the latest of the heroic public stands against the New World Order and its dastardly plot to take over our minds by ordering us to prove we’re not sick before going into the pub.

Newspaper, TV and radio reports on Sunday and Monday put the anti-Covid passports crowd at hundreds, but Squinter estimated that it was more like 2,000. (Which is twenty hundreds, but you get the idea.)

Squinter has no hesitation in describing every single person there – be they in their hundreds or thousands – as a walloper. If you’re one of the wallopers you may feel that’s quite harsh. If you’re reading this and you’re indignantly telling yourself that you’re only concerned about the issue of personal choice and you can’t be lumped in with the real wallopers, then consider this…

You get from the pictures here a little taste of some of the more, ah, exotic protesters. The beardy guy in the puffer jacket (top) has gone on a world cruise in his placard. He’s in Nazi Germany for ‘Covid Pass = Für Ihre Sicherheit’, which translates as ‘Covid Pass = For Your Safety.’ And he’s thrown in a yellow Star of David to walloper-up the Wehrmacht vibe. Then he has steamed to South Africa to introduce us to the concept of ‘Medical Apartheid’. But is asking someone to prove they’re not sick before they go into a nightclub full of sweaty dancers a medical matter? Or a use-your-loaf-mate matter?

And from South Africa it’s eastward to Red China, which is where he gets his reference to social credit and UBI (universal basic income) from. UBI is a self-explanatory Commie atrocity, while social credit is the Beijing concept of rewarding or punishing people for carrying out, or failing to carry out, their civic duties.

So, to sum up: download the HSC hospitality passport and you’re going to end up not only on a death train to Auschwitz, but in a 1970s South African shanty town where your Covid phone I.D. will see you bombarded with Great Hall of the People-style punishments by that notorious Commie Robin Swann.


The second placard (above) is rather more spiritual than authoritarian, but while in the normal run of things that would come as something of a relief, in this case the walloper factor remains dizzyingly high. The proposition that the blood of the Lord is as effective as RNA (mRNA) in teaching our immune systems to replicate virus molecules and fight them is an intriguing one – and quite a common one. That’s particularly the case in the United States where the high-profile deaths of a number of fundamentalist Christians has prompted many to wonder whether Jesus’s haematopoietic cells are doing the job they’re supposed to do. Reminds Squinter of the story of the Bible-thumper in a slowly-sinking yacht at sea. He prays non-stop: “Lord, I know you’ll help and protect me.” A passing boat throws him a line and he throws it back. “I trust in the Lord to save me,” he shouts across the angry sea. Two more boats, two more lines thrown back. So he drowns and ends up in Heaven where he asks the Lord Almighty why he didn’t help him in his hour of need. “What are you talking about, yih walloper ye?” says the Lord. “I sent you three bloody boats.”

But the wallopers weren’t communicating solely by the medium of placards. Up on the stage the speakers were solemnly informing the crowd about how the contract that allows Stormont to govern had been broken and that the Executive has no authority to do what it’s doing. Sadly, the Visiting Fellow in Political Science had the oratorical skills of a concussed chimp and the academic credibility of a boney-builder. The media are pumping out fake news, he roared, particularly the BBC, which is engaged in a massive paedophilia cover-up in collusion with Keir Starmer. A former nurse warned that Covid detention camps have sprung up in Australia, that they’re spreading to other countries and will be here before long.

While this vital information was being churned out to the hard of understanding, a woman to Squinter’s right was screaming to the long and patient Christmas market queue that the Covid vaccine had caused Gullions disease and Bell’s palsy to kill millions of people across the world. “Read up on it,” she shrieked. Squinter did try to read up on it but it was rather a challenge because there’s no such thing as Gullion’s disease, which sounds like something a cow might contract in South Armagh. There is, however, Guillain-Barré syndrome, a non-lethal neurological disorder which is known to have been triggered in a vanishingly small number of vaccinated people. Similarly, Bell’s palsy – a non-lethal and temporary one-sided paralysis of facial muscles – has been observed in two out of every 100,000 people injected with the Pfizer vaccine. Hardly the millions dropping dead on the streets that the Christmas Market heckler was warning about. And when the crowd went into a Mel Gibson-like chant of “Freedom! Freedom!”, it was time to go.

So. We can probably agree that the only people who don’t think the placard wavers, the platform speakers and the hecklers are wallopers are other wallopers. But it goes deeper than that. There will have been many – perhaps even a majority – at the protest who are not away with the fairies and who have genuine concerns about the role of government when it comes to personal choice. But the minute they decided not to leave when the Nazi and holy blood placards came out; the minute they decided to hang around to hear about the detention camps and the BBC paedophiles; the minute they decided that it’s okay to scream dangerous lies at people on a Christmas day out – that’s the minute they joined the wallopers. That’s the minute they allowed the QAnon headcases, the Bill Gates microchip fantasists, the Pizzagate devil-worship whackjobs and the Facebook Illuminati chasers to take control. And if only there were some obvious historical pointers to what comes next when that happens. 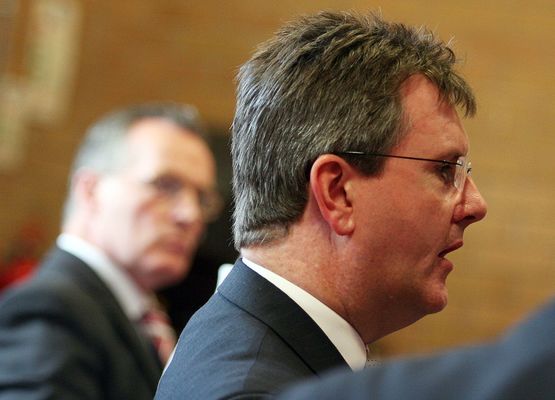 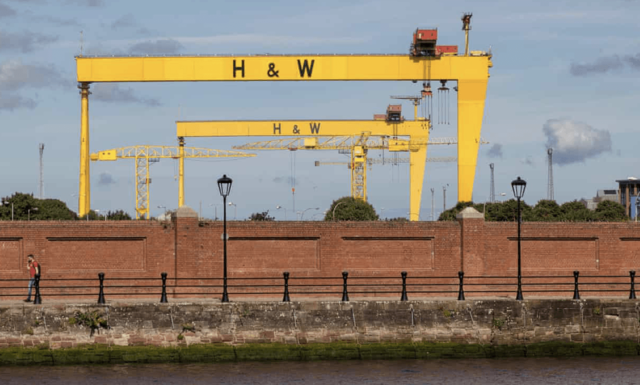 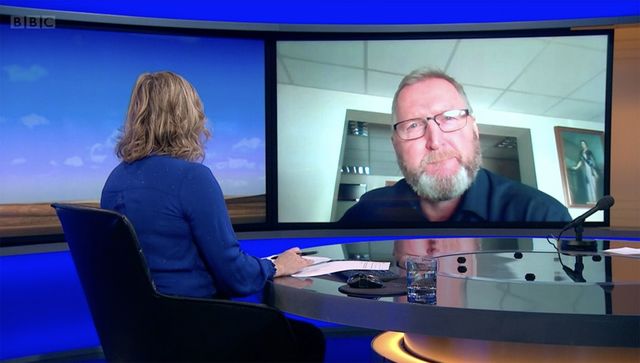