These are the gays of our lives 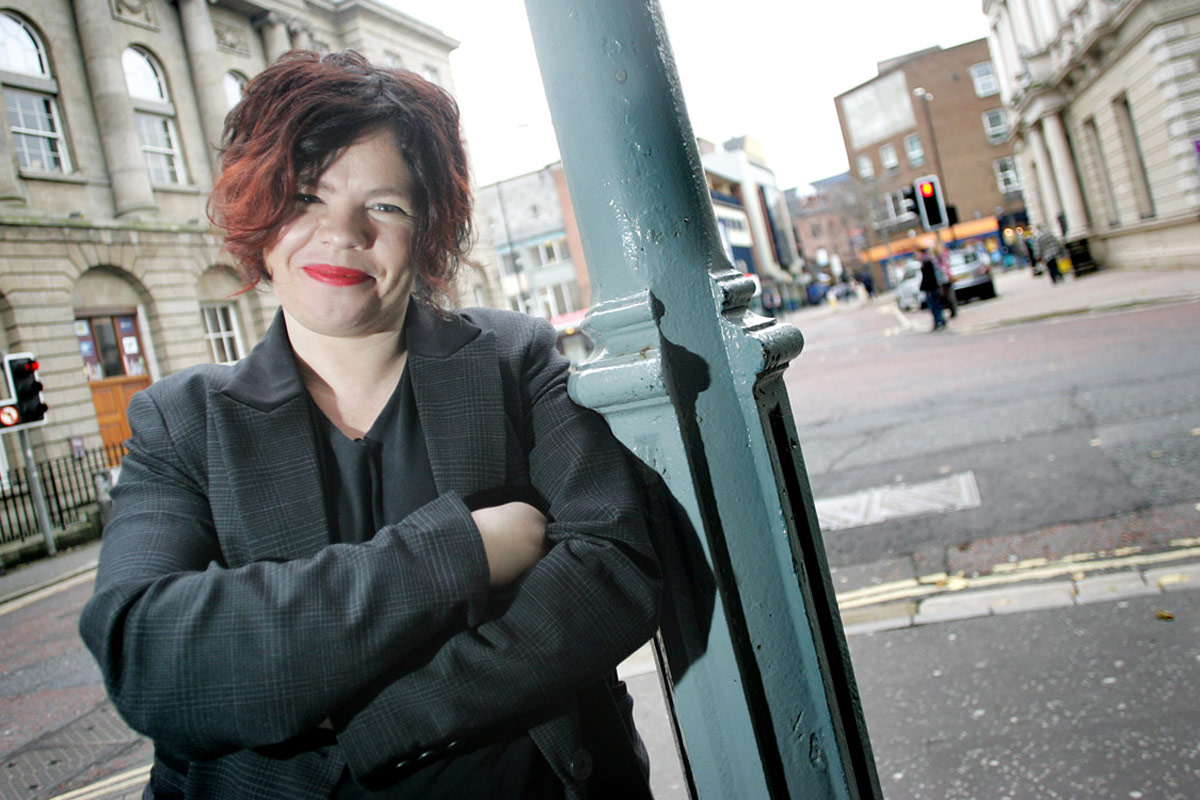 Twenty years ago Ruth McCarthy was one of about twenty people who “ran up Royal Avenue” in the first ever Belfast Pride Parade.

Two decades on and the Limerick native is director of Outburst Queer Arts Festival, the North’s only, and rapidly growing, LGBT (lesbian, gay, bisexual and transgender) festival which is on in Belfast all this week.

The festival, and the dramatic rise in popularity of the parade which had 15,000 spectators and participants this year, are two of the best examples of how much Belfast has embraced gay culture in less than two decades.

Many of the gay-influenced theatre, film, music and comedy shows at Outburst are sold out and there’s never been a better time to be out and proud in the city. However there’s still plenty of work to do and by aiming Outburst at as wide an audience as possible – not just LGBT – the organisers are trying to do that.

“The tag line of the festival for me was very important -  ‘a celebration of lesbian, gay, bisexual, transgender creativity for everyone’,” she told the Belfast Media Group last week.

“For me it’s important that as people who are LGBT we look at our own culture and lives and explore our own stories before we start looking out.

“But things are really changing when it gets to a stage when people feel welcome and comfortable coming to events where it is not just about the camp side, it’s about looking at LGBT in a more adventurous and creative way so we would totally encourage all sorts of people to come along.”

Ruth insisted that the festival has something for everyone.

“I know that I could bring my Nan along to see the London Gay Men’s Chorus and she would have a laugh. But we also have the likes of the The Year of Magical W*******, one of the most radical and interesting pieces of theatre to come out of Ireland in the last ten years. Something like that is such an important piece of work whether you are gay or straight because it is a kind of ‘state of the nation address’ of where we are at the moment.”

It’s by bringing groundbreaking gay-influenced art to Belfast that the festival can really make a difference to people’s lives, Ruth believes.

“The LGBT Centre in Belfast do the most amazing work trying to change things in the North and there’s a lot yet to be changed.

“What we are doing is exploring those issues but doing it in the most accessible way to bring it to a wider audience and have that conversation on a wider level, hard policy work that is often thankless. What we are about is fun and having a good time and it is also about us looking at ourselves and going ‘what do we need to change, where do we need to go, who are we’?”

One of the best ways to do that is by reaching out to young people.

“We have commissioned the Rainbow Factory Youth Theatre to do a play about being young and gay in Belfast,” explains Ruth.

“That’s the type of work that is important for us to commission because it’s about people exploring issues that we don’t get to see. When you do get to see gay stuff it’s either high camp and drag, which is fine, or it’s heavy and quite depressing and what we are trying to do is explore the reality.”

That reality is different for everyone, but what is crucial is that the likes of Outburst continues to grow the support network for the LGBT community.

“The reality is that I am very confident about myself and my sexuality and I am surrounded by good people and I have a good support network, but there are young people, old people, whoever, who don’t have that support network and it is tough,” explained Ruth.

“I was on the first gay pride march in Belfast when there was only about 20 of us. We ran down Royal Avenue and there were things thrown at us other than just words. I look at Pride now and the streets are lined with 10,000 people.

“We have come a huge, huge way but we can’t forget that it is not all happy clappy. We still live in quite a conservative, evangelical country. The support still needs to be there and we will keep on doing what we are doing.”