This movie is for the diehard fans 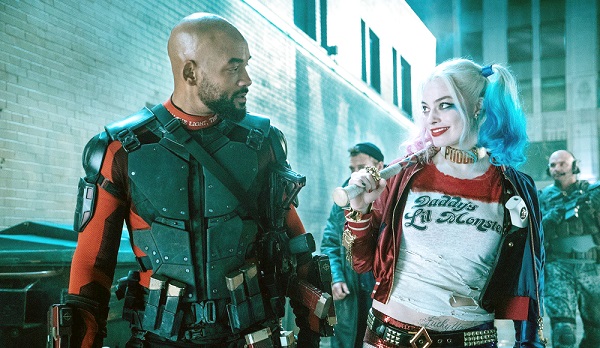 TEAM WORK: While fans have been looking forward to Suicide Squad, it’s a little disappointing after all the hype

IN the wake of Batman and Superman’s recent head-to-head tussle, there seems to be a distinct lack of heroes available.
But that’s not going to stop the US government from protecting its interests and, when top secret operative Amanda Waller (Viola Davis) devises a way of manipulating and controlling a ragtag band of incarcerated super villains, she’s given the green light to put together a team of bad guys to do the dirty work.

But if there’s one villain Waller chooses for her Suicide Squad who refuses to be manipulated by the US government, it’s renowned archaeologist June Moone (Cara Delevingne) who also happens to be possessed by the spirit of an ancient witch known as Enchantress. With Enchantress going AWOL, wreaking havoc and in danger of bringing about the end of the world, Waller sends in the Suicide Squad to put a stop to her evil plan.

AS with the release of Batman v Superman: Dawn of Justice, the hype surrounding the release of Suicide Squad has been nothing short of feverish. Hoardes of devoted and loyal fans of DC Comics have waited with bated breath for another glimpse of the DC universe, and something which also offers fans enticing snapshots of the upcoming Justice League adaptation. Ben Affleck’s Batman gets a (short) look in here, even The Flash, played by Ezra Miller, appears in a blink-and-you’ll-miss-it shot, but what will really get DC fans frothing at the mouth is seeing the personification of the much-loved psychotic Clown Prince of Crime, The Joker.

And, with almost equal acclaim and fandom, this is the first big screen outing for the special lady in The Joker’s life, Harley Quinn, a character almost as demented as her pale-skinned beau. So in this sense, the hype is well justified – what’s not to like about seeing the genius of The Joker and a ragtag band of bad guys brought to the glory of the big screen? Well, unfortunately, there’s quite a lot not to like.

While the Suicide Squad graphic novels gradually introduced the complexities and back stories of the characters, the movie sadly doesn’t have time to focus on the complexities. Instead, it squeezes all their backdrops into the first hour, before sending them off on a boring, unoriginal mission with the same old ‘end of the world’ motif we’ve seen a million times before.
The proceedings are riddled with plotholes, the action set pieces are barely adequate, the dialogue is clichéd and laughable, and some of the performances are dreadful to say the least. While Will Smith makes for a reputable Deadshot, Margot Robbie lacks a certain demented zing as Harley Quinn and Jared Leto’s Joker is missing any credibility at all, instead turning the character into a glitzy, soulless flake, adorned in senseless bling and lacking the brilliance of a twisted psychosis evident in other portrayals.

A disappointing adaptation of a genuinely thrilling series of graphic novels – like with Batman v Superman, only the diehard fans will get anything from this.