Three men in hospital and two arrested after street brawl 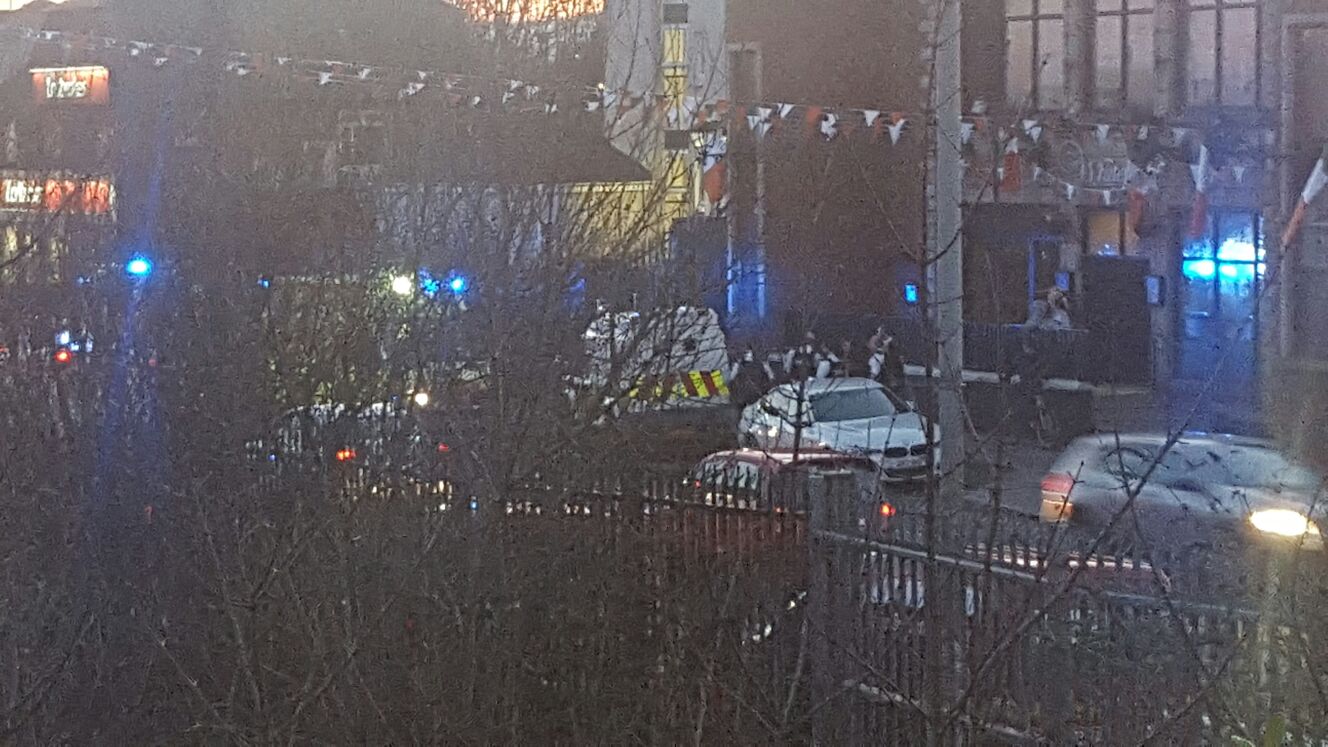 The scene of the brawl on the Andersonstown Road

Three men are in a stable condition in hospital after a mass street brawl in broad daylight on the Andersonstown Road yesterday evening.

Two men have also been arrested after two groups – believed to be from the Turkish community – clashed in the midst of rush-hour traffic.

Eyewitnesses said a number of weapons were used in the confrontation, including hurls and clubs.

Ambulances and police were called to the scene at around 6.15pm and a police helicopter was seen flying low over the area.

An eyewitness told the Belfast Media Group that the scenes had been “horrific”. She confirmed that weapons had been used during the confrontation and said that the attack had been witnessed by young children and commuters.

“They were really ugly scenes,” she said.

“There were hurls and other weapons used and someone spoke about the possibility of a knife.

“It spilled right across the road from the opposite side and there was a lot of blood. People were eating and drinking nearby and some of the local businesses were actually hosting children’s Confirmations.

“The police swamped the area and a number of ambulances had to be called.”

Two men are currently in police custody on suspicion of grievous bodily harm with intent and possession of an offensive weapon.

A spokesperson for the Belfast Trust confirmed that the three injured men were in a “stable” condition.