Three wins on the bounce for improving Blues 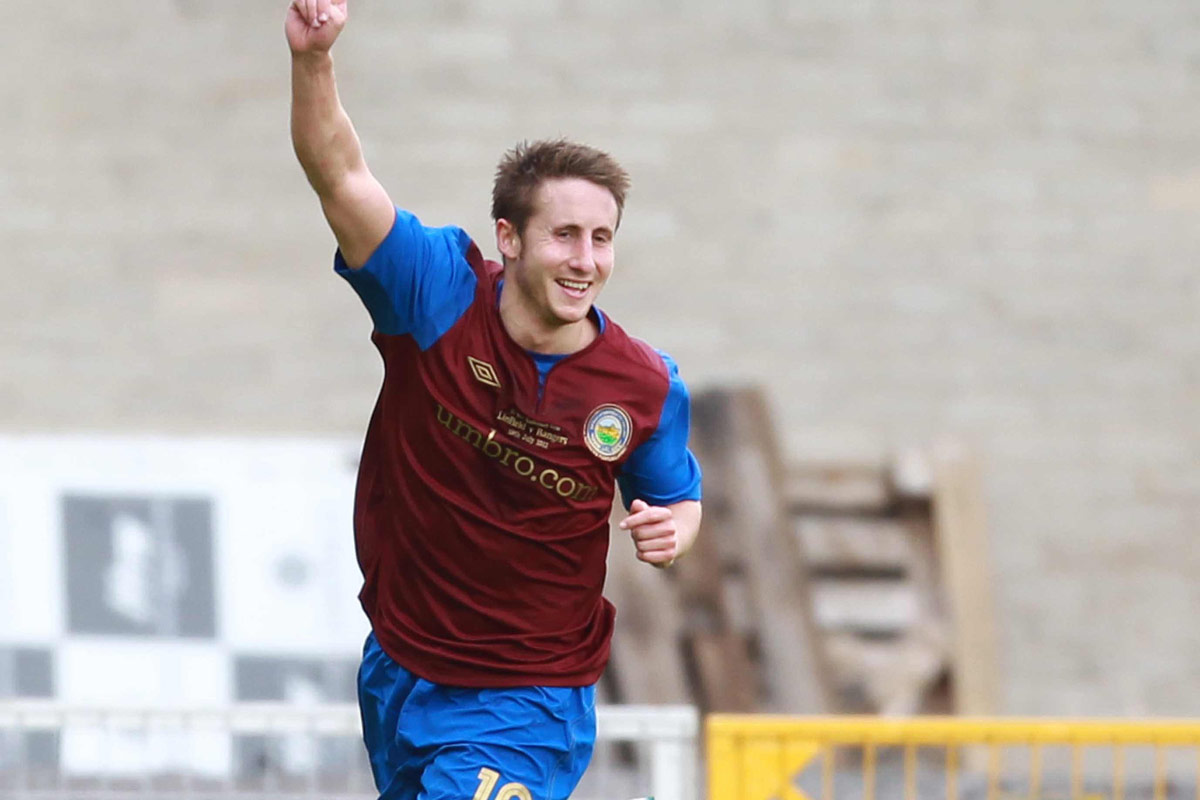 Linfield extended their winning streak to three matches with a routine 4-0 win away to struggling Carrick Rangers on Saturday.

As with their victory at Donegal Celtic seven days beforehand, the game was effectively over at half time as the Blues built up a three-goal lead.

Again, Mark McAllister got a brace, with a fine long-range strike from Billy Joe Burns sandwiched in between.

The icing was put on the cake late on with a tremendous goal from Michael Carvill which is a possible ‘goal of the season’ contender.

Once more the pair played well and the three goals between them were exactly what their performances merited.

They have both stepped up to the plate in replacing long-term absentees Rory Patterson and Peter Thompson, who will both have work to do in order to regain their places in the side.

The Blues played with verve and panache from the start, and within the quarter hour they were two up and out of sight.

They took the lead after twelve minutes – Philip Lowry broke from midfield, slipped the ball through to Michael Carvill on the right flank, and Carrick’s goalkeeper Declan Brown could only manage to palm Carvill’s cross to the feet of McAllister, who guided the ball into the empty net with ease.

Two minutes later and the lead was doubled. This was an excellent team goal, capped off by a superb finish from an unlikely source.

A nice passing move involving Fordyce, Carvill and McAllister culminated in Billy Joe Burns finding space 25 yards out from goal, and he let rip with an excellent strike to give Brown no chance in the home side’s nets. Arguably, the third goal should have arrived earlier than it did.

Both Lowry and Fordyce were culpable of missing presentable opportunities before the game was eventually finished as a contest five minutes prior to half time.

Again Carvill was involved, splendidly finding Billy Joe Burns, this time the provider, who in turn fired the ball in for McAllister to grab his second and Linfield’s third.

A combination of the howling wind around Seaview, and Linfield taking their foot off the pedal, ensured that there was to be no landslide victory.

Chances still presented themselves to Linfield. Fordyce forced Brown into a fine save, a Murphy header was cleared off the line and then Carvill, bizarrely, had a goal ruled out in the 77th minute, presumably but not obviously for offside.

Seven minutes later and he should have opened his account for the day, firing wide when well placed on the edge of the area.

Just when it seemed like it wasn’t going to be his day on the goal scoring front, he scored an absolute peach of a goal during injury time at the end of the game.

A clearance from Brown was caught up in the swirling wind and Carvill controlled it sublimely as it dropped back down, before taking one touch and looking up and picking out the top right hand corner of the net.

The two recent matches have seen the Blues score nine times and only concede once.

Whilst the standard of opposition – Donegal Celtic and Carrick Rangers – may not be of the highest calibre, you can only beat who is put in front of you and Linfield’s style of play has markedly improved in recent weeks.

The team are now playing with renewed confidence and vigour – knowing they have a battle on to retain their Premiership crown.

Cliftonville notched their eleventh victory in a row, beating Glentoran 2-1, and Portadown kept up the pressure with a 2-0 win at Lisburn Distillery. Linfield’s next match is at home to Ballymena United next Saturday as the season enters the Christmas period.