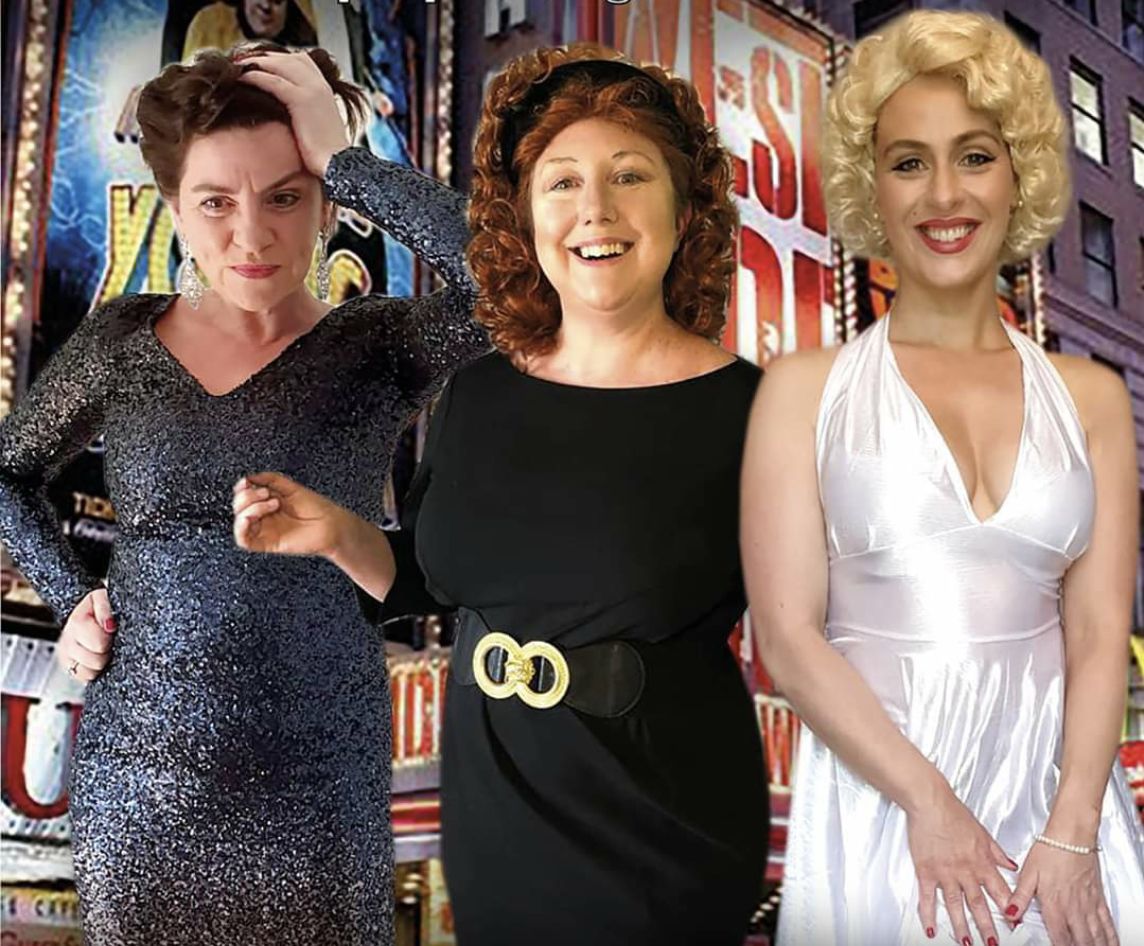 THREE of Hollywood’s most talented and toughest ‘Broads’ have been brought to life and have performed to people living in isolation throughout the Covid-19 pandemic in actress Maria Connolly’s latest work.

The Broads, gives an insight into the lives of Tinseltown’s finest, Marilyn Monroe, Bette Midler and Maria in the role of acting and singing legend Judy Garland.

Designed and written to bring hope, laughter, music and colour, the play is set for performances across three West Belfast care homes as part of next month’s August Féile.

Andersonstown actress and scribe Róisín Gallagher stars as Marilyn Monroe in the piece and spoke of how performing in the work was “one of the most rewarding jobs I’ve ever done”.

“It was written by Maria Connolly who has been a source of inspiration for me. Maria was reading about and listening to news bulletins on dealing with loneliness, isolation and the effects on physical health.

“Basically she was thinking ‘what can I do?’ and used her platform to write The Broads and take it to those who couldn’t get out whether due to ill health or the lockdown restrictions.

“Maria has brought together three icons of music in her work, which brings a smile, brings fun, frivolity and escapism to people. With Arts Council’s emergency funding the play didn’t sit in a drawer, Maria believed she could and she did.”

Róisín said that she had the “huge privilege of being asked to play Marilyn” in the piece.

“It’s been a massive privilege to be asked to be part of this,” she enthused. “It was quite tough at times, we had three shows a day, always making sure we had our PPE, handwashing and social distancing measures in place which was so, so important.

“I was feeding my six month old son at the time so was going home to feed him and then back out again. My work and life go hand in hand.  Maria, Christina (Nelson) and Richard (Clements) who provided the music made sure I was really well cared for, it can be done,” she said.

She continued: “We performed all over the city, you were performing through windows to people who had only seen a person dropping food off at their door, you can imagine their reaction.

“There was one lady in particular who didn’t come fully down to where the audience was sitting as she didn’t feel comfortable.It was the first time she had stepped outside of her room to come down and listen, that was a really mememorable moment for me.

“I’m playing Marilyn which is around a 15, 20 minute monologue and I get to sing my favourite ‘Diamonds Are  A Girl’s Best Friend’. It’s a beautifully written piece from Maria, with Marilyn’s life it’s very poignant, a truthful portrayal of what was really quite an unfortunate life.”

After wowing theatre critics and audiences with her unforgettable performance as Beverly in Abigail’s Party, Little Red Riding Hood and her deeply personal take on losing her father in Natural Disaster, Róisín spoke of how she is working to create a new piece of theatre, “a response to what is going on around me, to make another show on life as a mother in lockdown”.

With regards to theatres reopening and having faced the postponement of two shows at the MAC due to Covid-19, Róisín said it was “an odd experience” watching the Lyric’s Little Red Riding Hood from the TV.

“It just reinforced how much it was for a live audience, that live, palpable sort of community of people in a room.

“We were already a lean business before the Coronavirus. The Minister for Communities’ recent announcement around investment for venues is to be welcomed. We really need some changes to happen sooner rather than later. There is a lot to be done and done quite quickly, this is people’s livelihoods.”

The Broads will be performed on August 1 in Our Lady’s Care Home, Glenalina Lodge Care Home and Glenowen Court, Andersonstown Road as part of next months’ annual Féile an Phobail.