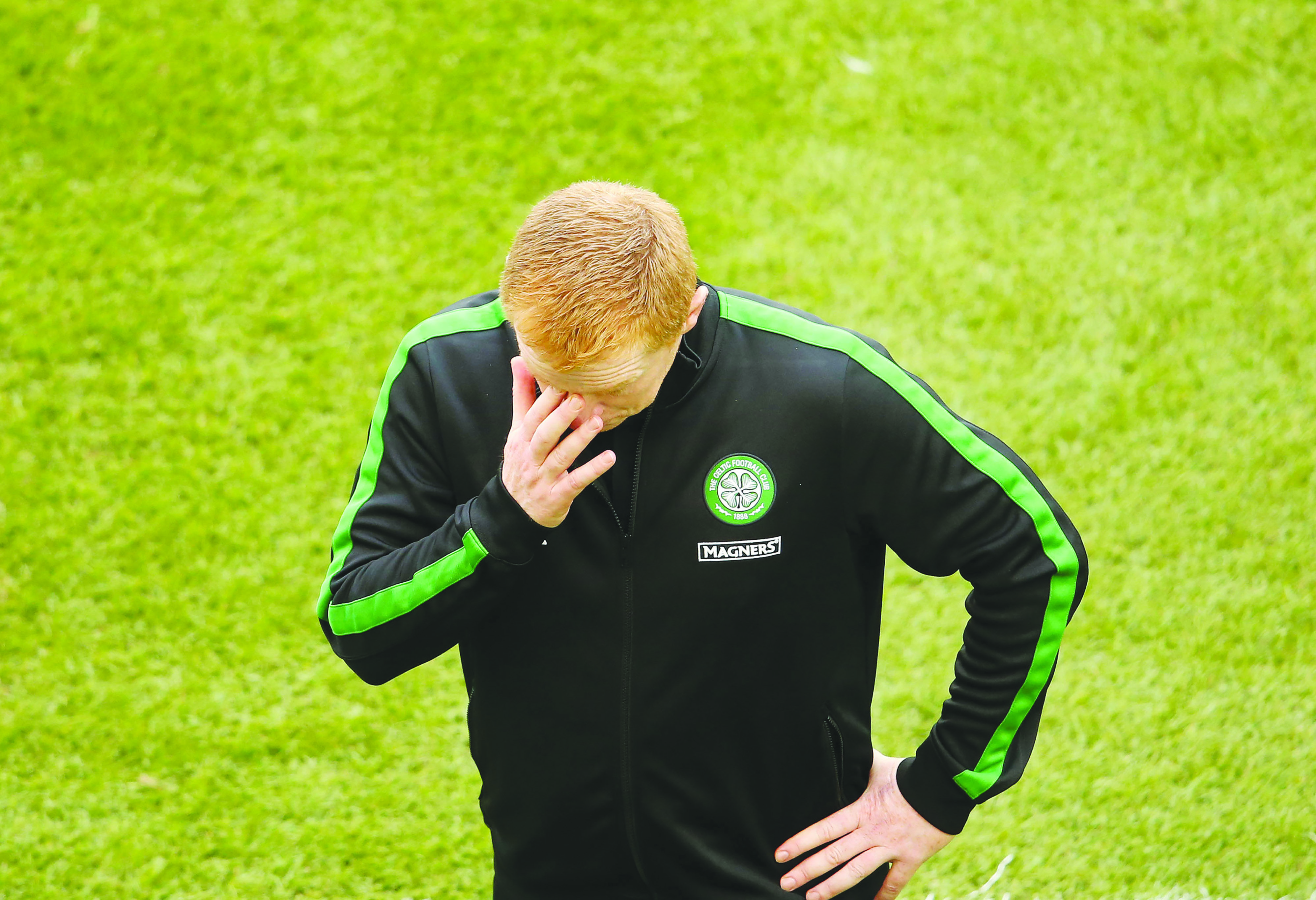 LAST Saturday was a day to forget for Celtic as they failed to learn the mistakes of the past and were easily overpowered by Sevco in the first derby of the season.

To say that their first domestic defeat of this campaign was disappointing is a massive understatement - it was quite simply an embarrassment from start to finish and leaves the club, and the support, wondering what they need to do to turn things around for the remainder of the season.

That might sound like a bit of an overreaction so early in the campaign, but this was a derby defeat unlike any other in recent years.

The Hoops were outplayed and outfought in all areas of the pitch and second to every ball. The visitors didn’t even play that well themselves, indeed they didn’t have to.

However, they did at least show that they care more about stopping the 10 than Celtic care about achieving it. They were a team who stuck to every instruction Gerrard gave them whereas Celtic were 11 individuals.

Of course, the Bhoys were missing as many as six potential starters through injury and Covid related issues and I for one can’t remember an international break where so many players became unavailable through playing for their country.

Edouard was never going to be ready, even for the bench, although Lennon insisted that he couldn’t impart that information ahead of the game.

Christie’s absence was even more annoying as he was fit and raring to go having returned at least two negative Covid tests. The fact that the authorities in England allowed Kieran Tierney to play for Arsenal, while in Scotland, Christie was ruled out was also frustrating as he is one of the few creative players in the Celtic midfield who could have made a difference.

Why Turnbull wasn’t then given the nod to provide the ammunition from the middle of the park is another question which will be put to the Celtic manager.

Jullien, Elhamed and Bitton have all played as part of the back three this season but again all three were unavailable.

Stephen Welsh, who had only played once before in the first team, came in and actually looked okay.

New boy Laxalt also did as well as could be expected of someone who has not played a lot of football in recent months. He defended well and kept his area of the pitch reasonably secure, going forward. However, both he and Frimpong on the other wing ran into a sea of players as Sevco swarmed all over them.

Griffiths would surely have been a better option; he has been there done it and worn the t-shirt in derby matches and would have at least known how to rattle a few cages.

Ajeti was carrying a knock he took in Celtic’s league game against Hibs but if he was fit enough to be on the bench, he was fit enough to start last Saturday. To go through the entire game without registering a single shot on target is simply humiliating and that fact alone should tell Lennon that his team selection and game-plan was fundamentally flawed.

The game was played without fans and there is no doubt that a full, vociferous Celtic Park can give the players a lift when they need it most but the crowd were there last December when the team produced another below par performance so that cannot be used in mitigation here.

In any case, if a player is unable to motivate himself for a game of this magnitude without a crowd behind him then he doesn’t deserve to be wearing the jersey.

Celtic came into the game on an eight-game winning run but very few of those wins had been achieved in an impressive manner. In fact, most of Celtic’s last eight victories had come courtesy of late winners following lethargic displays.

Carrying on in that fashion was never going to be sustainable and Saturday’s debacle was the culmination of many months of underperforming.

Both goals came from centre-half Conor Goldson, the first coming from one of a plethora of free-kicks which the away side craftily won by throwing themselves to the ground as soon as they were anywhere near the Celtic box.

Goldson was standing in an offside position, but Duffy ran towards his own goal just as the kick was taken thereby bringing him onside and allowing him a free header on goal.

Barkas was, once again, badly at fault for the goal. Goldson’s header was saveable and at a decent height, but the Greek stopper flapped, pretty much as he has done for most of the season. It says a lot about him that many Celtic supporters are calling for Scott Bain to be handed the gloves ahead of a number of crucial upcoming games.

The ’keeper’s aberration was damaging without question but ahead of him there was no-one seemingly able to turn the game around.

Before the match, social media was full of clips of previous derbies where Celtic had steamrollered their Glasgow opponents. In this game, however, they showed no imagination or urgency whatsoever.

In a fairly short space of time they have gone from easily beating Sevco, routinely scoring four and five goals against them, to a point where they seem incapable of even getting a foothold in any game against them.

The major difference between those days and now is not out on the pitch as the main protagonists in each team are relatively unchanged. It is in the dugout where we have gone from a manager who had Sevco beaten before they even took to the field to a manager now where the reverse is true.

Lenny has had plenty of time to figure out where he had gone wrong in previous outings against Sevco but he still hasn’t been able to do it and at this stage he is gambling with 10-in-a-row.

After the game, the Celtic boss referred to a possible mole in the camp as it appeared the teamsheet had been leaked in advance.

This was nothing more than a red herring, with Lennon trying to blame everyone but himself for the disarray on the pitch.

I fail to see how this could have affected things and as such it is increasingly difficult to defend his behaviour. In truth it points to someone who is floundering under the expectation of what could be achieved this season.

Looking to the future, there is a lot of work for Lennon and his players to do now, and to be blunt some of them won’t have the stomach for it.

The bookies have now made Sevco favourites to win the title and after Saturday’s fiasco that’s understandable.

Celtic have a much better squad than their city rivals, however, and they still have plenty of time to put things right.

It would not surprise me in the slightest to see Celtic go on another long winning run but before the next meeting with Sevco they need to go back to the drawing board and work out exactly why they have underperformed to such an extent against the Ibrox club.

Lennon, for the first time in this his second stint in the Celtic Park hotseat, will be experiencing pressure like never before which will only get worse in the next few weeks and months unless he starts to rectify things and quickly.

This season and what it means to the Celtic support is much too important to let it get away from him.
Tickety-Bhoy!