Traders kicking up their heels at gig news 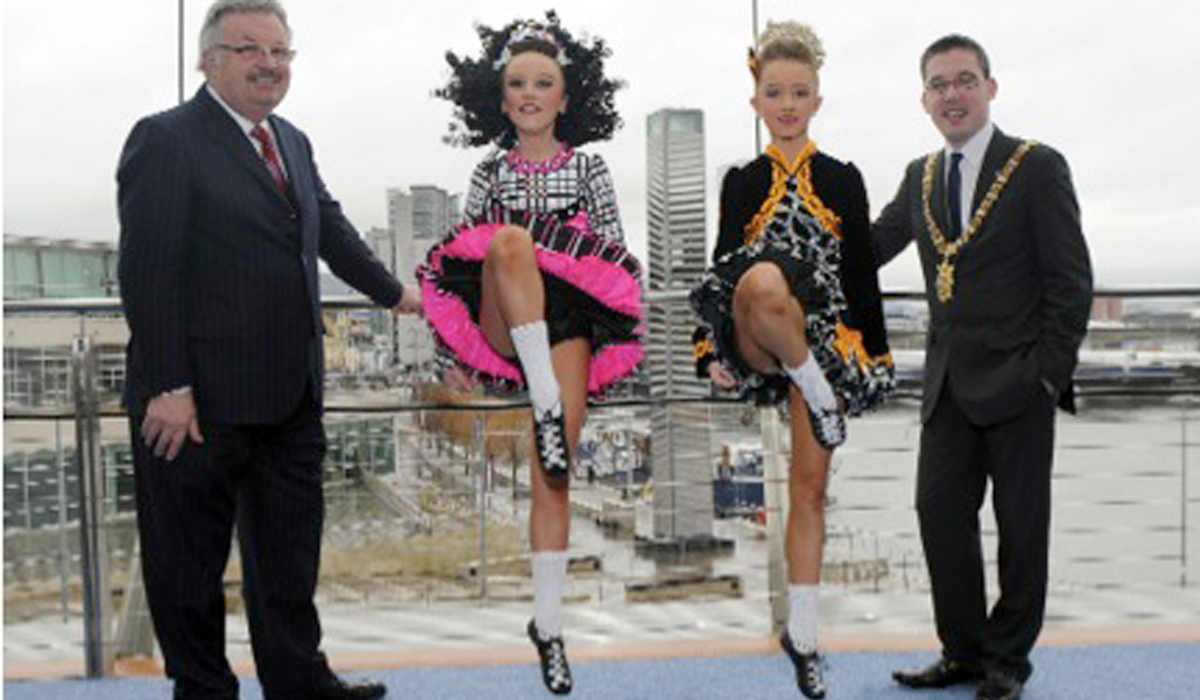 TRADERS at St George’s Market have been kicking up their heels in delight after the historic building was announced as a venue for the upcoming World Irish Dancing Championships. Over 20,000 competitors and fans from across the globe are expected to flock to the city for the competition, which takes place between March 31 and April 8.

This year, along with the Waterfront Hall which has housed the glamorous international contest on three previous occasions, St George’s Market will host a stage for part of the contest.

Traders, who operate from the late 19th Century venue, are now hoping that those attending the heats in St George’s on April 2-4, will return to sample the stalls as the finals are held in the nearby Waterfront.

Traders’ representative and stallholder Paddy Lynn said he welcomed the use of the large market space for such events on non-trading days, and said fellow stallholders could see a huge influx of shoppers as a result.

“Tourism is very important to the success of St George’s, and a huge event such as this will see a lot of people aiming to sample Belfast life in between the competition shows,” he told the South Belfast News.

“Those attending the rounds held in the market hopefully will be compelled to return a few days later to experience the vibe of trading day, having been impressed with the venue and its unique link to Belfast’s history. I would expect a bit of a sales boost as the contest brings in so many people from so many countries.”

Welcoming the huge celebration of Irish culture to the city, Mayor Niall Ó Donnghaile said: “This is one of the events that is making 2012 special in Belfast as the final weekend coincides with the beginning of the Titanic Festival and it kicks off an exciting time for the city.

“The fact the Championships have come back to us four times in 12 years proves the excellent support the organisers, competitors and supporters receive in terms of welcomes, facilities and attractions. Their expansion is also evident in the use of St George’s Market as a competition venue this year.”