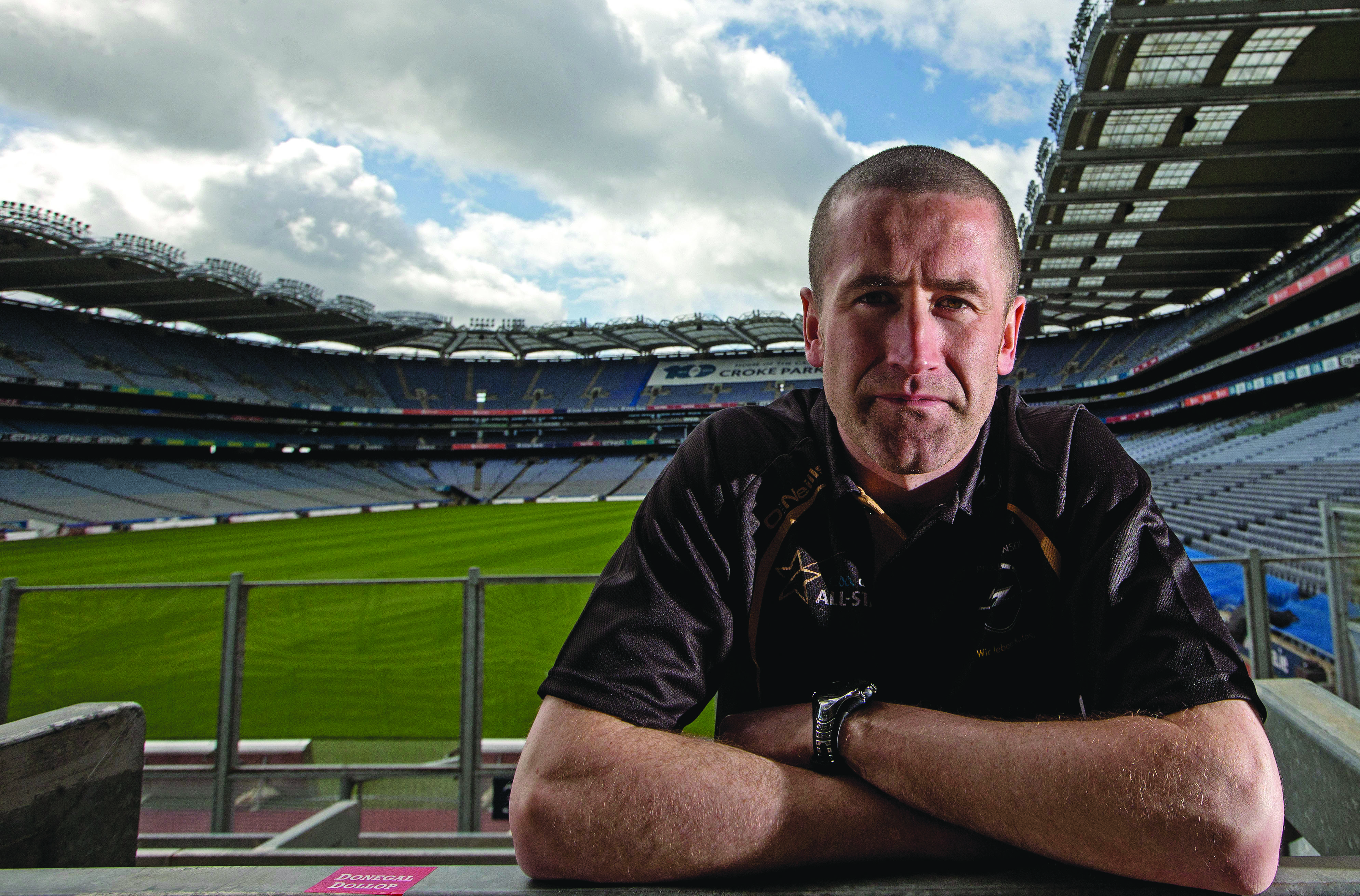 NEW Antrim football coach Stephen O’Neill is hopeful that the majority of the Saffron squad will make themselves available for next season.

Lenny Harbinson, who stepped down after three years in charge last month, brought in a host of experienced players for the 2020 campaign with Michael and Tomás McCann and Paddy Cunningham being drafted in at the beginning of the season.

Following the conclusion of the club Championships Kevin O’Boyle and Mark Sweeney were also brought in along with Ryan Murray and Paddy McCormick.

Cunningham has already hinted that he would be willing to commit to another campaign, but will make a firm decision in the coming weeks.  The fact that Cunningham, O’Boyle, the McCanns and Conor Murray were among Antrim’s best performers at the end of a disappointing season may help convince those on the wrong side of 30 that they have plenty to offer the Saffron cause.

New manager Enda McGinley has already stated that he isn’t concerned about a player’s age and O’Neill has reiterated the stance of the new management team.

“If you look at any team, it is important to have a nice blend of youth and experience and that’s what we’ll be hoping to do,” said O’Neill.

“Whether they are older or younger, we want to get them involved. I think any good team needs that mix - the older lads setting an example and the younger lads bring the passion and raw desire.

“We want to make sure the best players are available and giving everything for the cause.”

McGinley’s managerial ticket helped him get the nod ahead of a joint-ticket of Kevin Madden and Tony McEntee while it is understood former Down and Armagh manager Paddy O’Rourke, who recently stepped down as Burren manager, was also interviewed for the post.

The new management will be hoping to draw up an extended training panel in the coming weeks as they begin their preparations for the new season.

While Antrim will be hoping to retain the service of some of their experienced stars, O’Neill believes there is an abundance of fresh talent coming through the underage ranks in the county.

“It you look at Cavan, they were back-boned by the U21 success. From an Antrim perspective, they’ve had a couple of very good U20 teams coming through,” said O’Neill.

“They beat Derry this year and only lost to Tyrone by two points.  They have a fair bit of talent coming through and we’ve watched a few videos of them already and we’ve been chatting to Hugh McGettigan (Antrim U20 manager). He has given us a good steer on some of the talent that is coming through.

“We’ll be looking to create a platform for those young guys to come in and bolster the squad and raise the standards with a bit of enthusiasm and drive.

“We’ll obviously be aiming to get into Division Three, but you also want to be performing in the Championship.”

The Breffnimen were relegated to Division Three in October, but regrouped to defeat Monaghan, Antrim, Down and Donegal to lift the Anglo Celt Cup for the first time since 1997.

Mickey Graham’s side were behind at half-time in each of their games, including their quarter-final win over Antrim at Kingspan Breffni Park.  Paddy Gallagher also spurned a glorious goal-scoring opportunity at the beginning of the second half before Cavan went on to claim a hard-earned four-point win.

Cavan’s provincial victory and Tipperary’s Munster Championship win should provide a shot in the arm for the so-called weaker counties and O’Neill feels there is no reason why Antrim cannot achieve their goals.

“I think, if you look back over the last couple of years, most of the so-called weaker counties are improving,” added the former Tyrone star.

“The standard of coaching has developed over the last 10 years with Ulster Council workshops and different things.

“Teams are getting better and every county wants to improve, you need to get a panel of 30 men who are really committed to their football and want to improve.

“Cavan tore up the formbook and got to the Ulster final again and managed to overturn Donegal. You just never know on the day. Antrim turned in a very good performance against Cavan.

“They had a goal chance at the start of the second half which would have left them two or three points ahead. Who know what might have happened if that had gone in?

“We have our own ideas on football. I don’t know what past managers have brought in, but any management team are coming in to win and to bring them success and we’ll be doing the same.

He added: “If you look at Cavan, for example, they had some very good managers in before Mickey Graham – Terry Hyland and Mattie McGleenan. Sometimes a man comes in at the right time and things just click.

“We’ve our own ideas on how we would like the team to play and, hopefully, the players buy into it and they’ll see the benefit of it.

“If it does and everyone gives 100 per cent commitment, I think Antrim will have a really good shout of getting up (from Division Four) next season.”