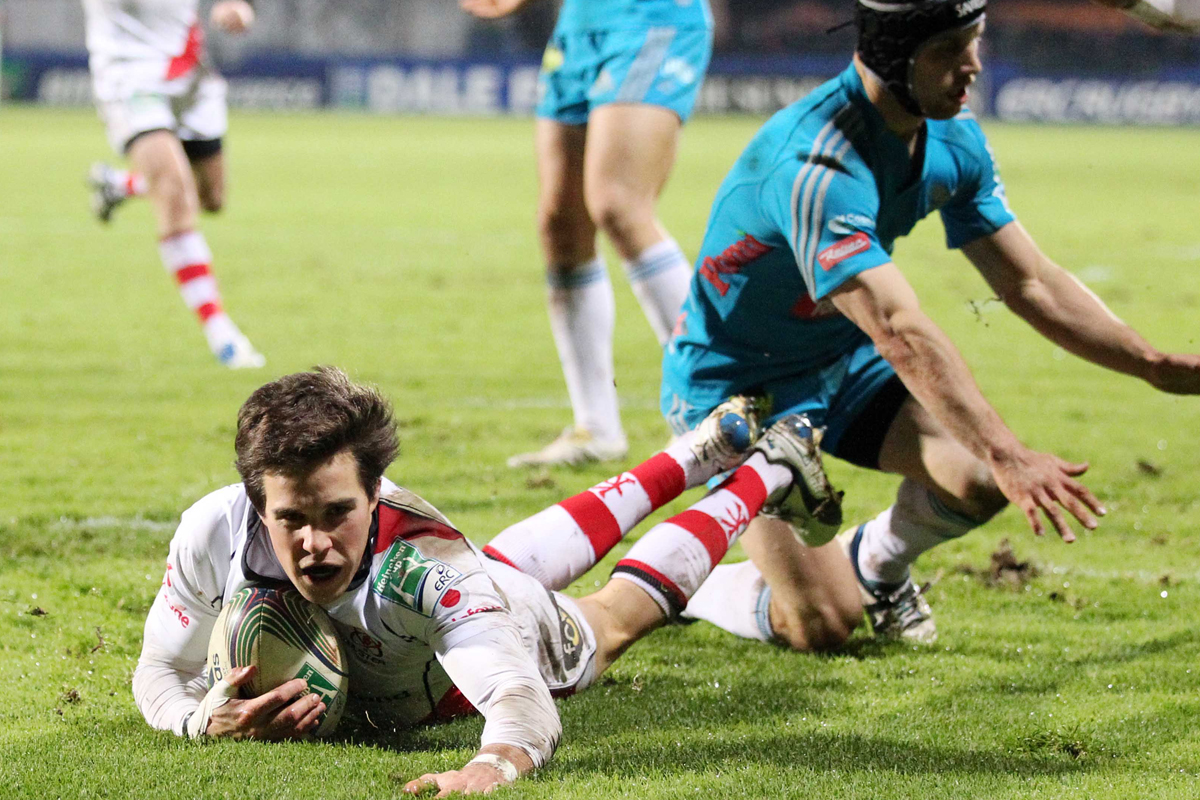 It was a case of job done for Ulster on Friday night as they got the bonus point try win they needed over Aironi to keep their Heineken Cup hopes alive.

The teams now meet on Italian soil this Saturday with Ulster again needing to take maximum points if they want to make the quarter-finals.

Clermont top Pool Four with ten points after their victory in Leicester on Sunday. Ulster are a point behind the French team with the Tigers a further two points adrift of Brian McLaughlin’s side.

Ulster’s perfect weekend would be picking five points up in Aironi and Leicester beating Clermont and denying the French side anything.

A Clermont win would probably see them through as they have Aironi away and Ulster at home in their last two games.

Ulster full back Adam D’Arcy got one of the five tries at Ravenhill but he is expecting a tough game in Italy.

“We converted a lot of our opportunities but we’re still not converting all of them so it was a case of job done but a lot of work needs to be done to get five points on Saturday.

“My try was a very patient build-up. I think our problem over the last two weeks was that we’re not patient enough so the forwards can take a lot of credit for being patient and getting us in the right areas.

“We converted our opportunities and in the championship minutes we scored on either side of half time.

“It really gave us a big boost having scored 12 points by half time and to get what we got early in the second half gave us a lot of confidence.”

Ulster have won all six games they have played against Aironi but victory in Monza won’t be enough it must also come with at least four tires.