Ulster ready to roar against Leicester Tigers with final in sight 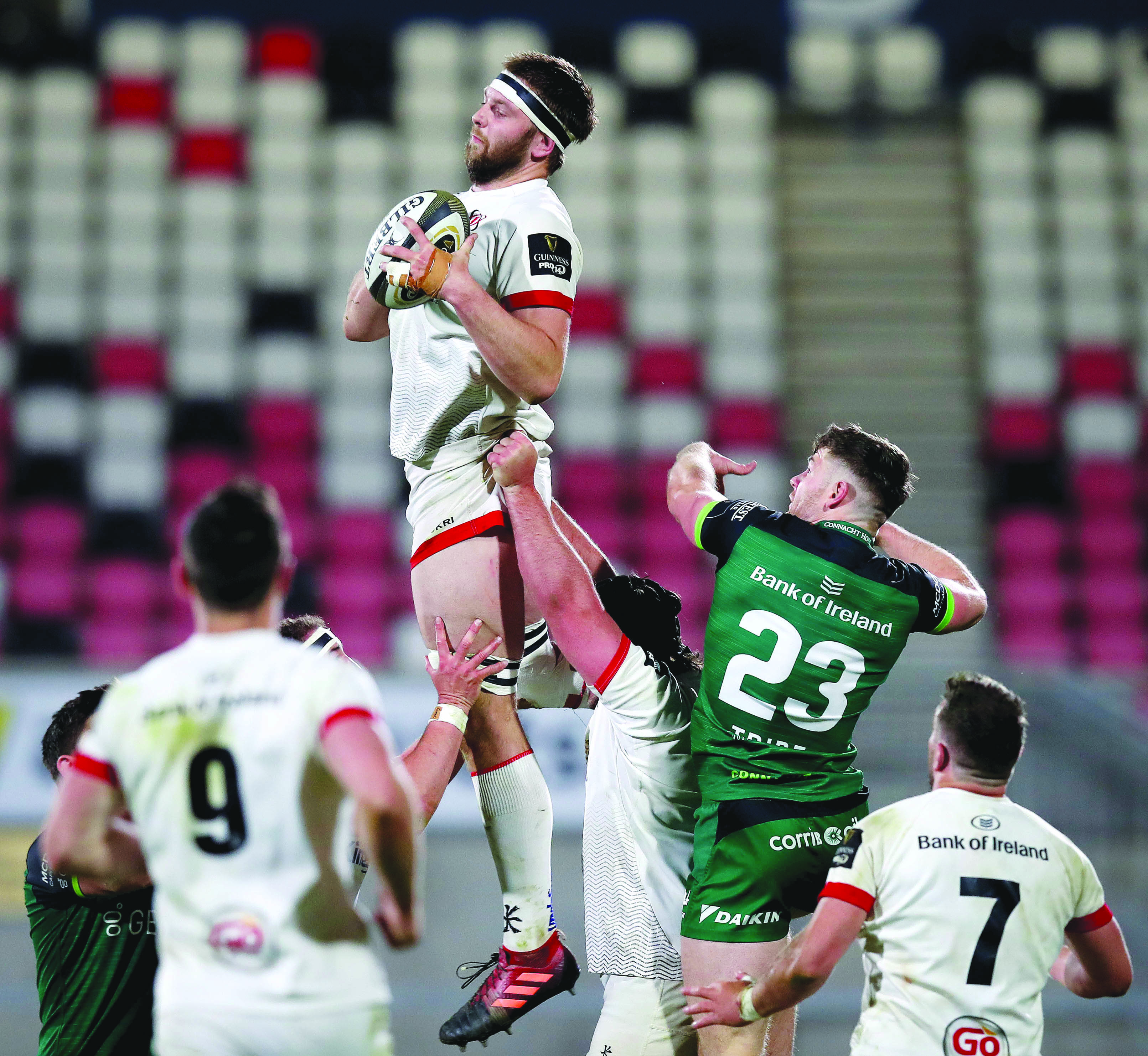 WITH a place in the final of the European Challenge Cup up for grabs, Ulster will travel to Welford Road on Friday aiming to make it a hat-trick of away wins against English opposition when they go up against Leicester Tigers in a semi-final clash.

Dan McFarland’s side have already passed tests on the road against Harlequins and Northampton Saints, and while those victories will give them confidence this week, the Ulster Head Coach insists this is their biggest challenge to date.

Leicester may sit in the bottom half of the Premiership table, below the sides Ulster have already overcome, but looks can be deceiving and another huge performance is required if they are to secure a place in the final against either Bath or Montpellier.

It was a vintage performance against ‘Quins in the last 16, but took real character to get through their quarter-final against Northampton and this Friday Ulster will need to rise to the challenge once again.

“I don’t see it that way at all. I think it will be a more difficult game for us.

“Leicester in the way that they play, unless you are able to do certain things in the game, they will make you struggle.

Leicester have an extremely strong forwards unit and plenty of experience throughout the pitch with Ellis Genge, Dan Cole, Ben Youngs, Tom Youngs, Luan de Bruin and George Ford just some of the players at the disposal of coach Steve Borthwick.

However, the good news for Ulster last weekend was the return of captain Iain Henderson who will have benefited from the game-time against Connacht having recovered from a shoulder injury and his presence will be crucial on Friday.

McFarland has made five changes to the team that lost to Connacht with Eric O’Sullivan, Marty Moore, Alan O’Connor, Jordi Murphy and Stuart McCloskey returning.

The Ulster coach has suggested that they will need to play at speed in order to put a talented group of backs into good positions to attack the hosts.

To do that, they must win the earn the right with their forwards building a platform and whilst the challenge is great, there is the potential to carry out the plan.

“In order to do that’ll we have to get our collision game going and if we do, we can cause them trouble. We have a good kicking game of our own. We don’t always use that, but we may decide that counter-attack and moving the ball is a better option this week.

“We’ve been pretty good in our mauling game and know they’re a different level of pack than sometimes we face, but we demonstrated against Northampton that we can go up against the best and Northampton had the best maul and defence in the Premiership.

“I think it is really important we get some phases in possession and get a bit of speed so we can unleash some of the talented runners we have.”

A place in the final would signal further progress for a club that has been moving in the right direction in recent seasons, but silverware has continued to elude them.

The last success came in the old Celtic League back in 2006, but there have been near misses since with final defeats domestically and in Europe.

When Ulster dropped into the Challenge Cup this season, they were installed as favourites in some quarters and now they are into the last four, the expectation hasn’t decreased.

However, McFarland has insisted that he and his players pay no attention to such talk and while they are keen to win the competition, it is performances and not predictions that will make it happen.

“We have played two games away from home and won those games because we played well, not because we are favourites,” he stressed.

“It doesn’t matter if we are favourites for the competition or for the game this week, we need to play well at Welford Road - it’s as simple as that.

“On semi-final day you always hope you play one of your best games of the year. There’s an opposition there who are going after not allowing you to playing that game and Leicester have the capacity to do that.

“We’ve put ourselves in a position of getting into a final and have framed the challenge we’ve got. We know how difficult that is in whatever competition you’re playing in at this point, but we’re relishing that.”