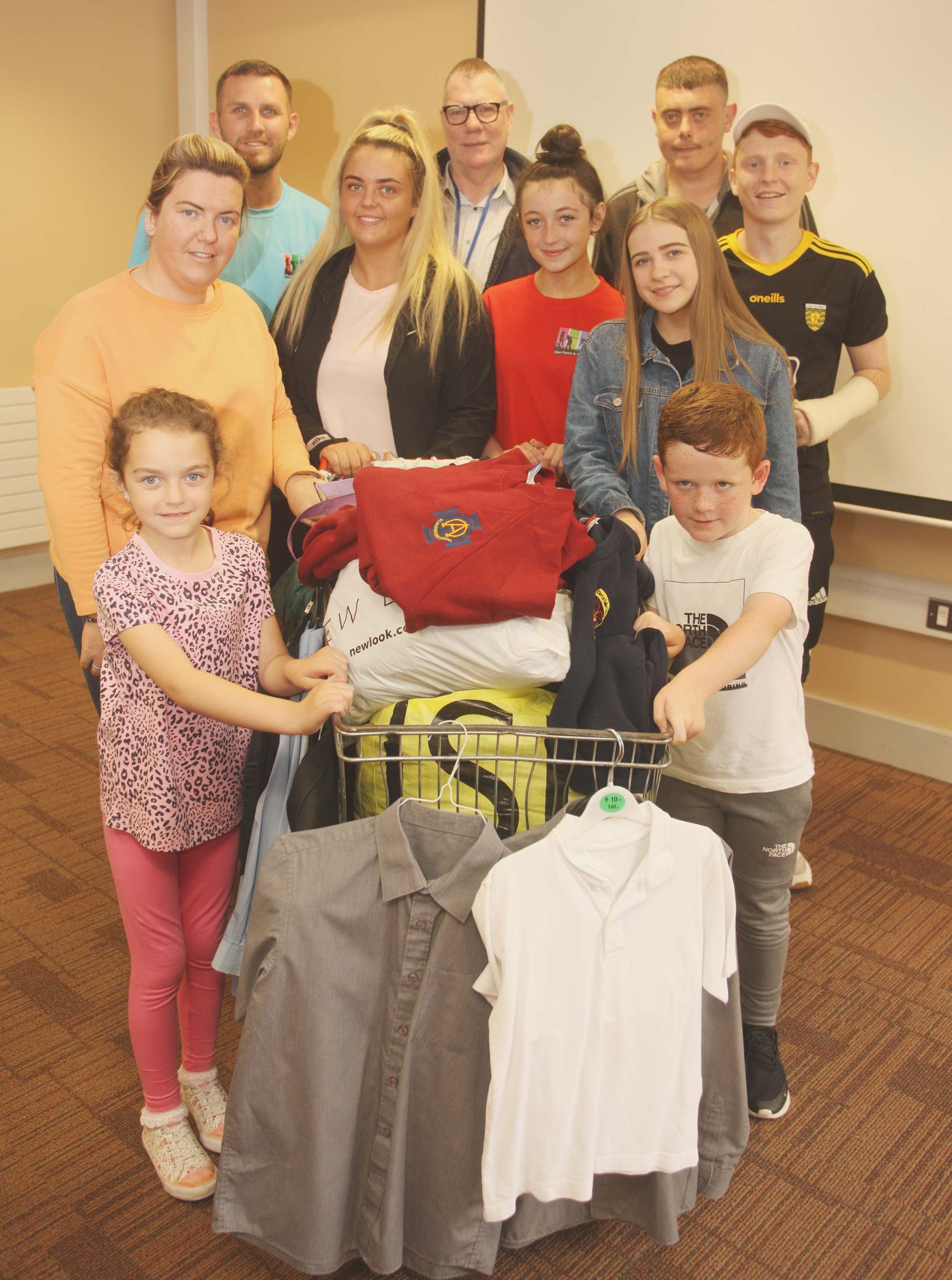 COMMUNITY EFFORT: Just some of the school uniforms that have been collected at the Glen Parent Youth and Community Centre

YOUNG people and youth staff from Glen Parent Community Youth Group have put their shoulders to the wheel as they put every effort into supporting the West Belfast’s foodbank’s free school uniform drive.
Members from the youth group have been working in partnership with local primary and post primary schools to collect and parcel up the school uniform donations, which will be distributed to those in need over a two-day period at the end of July.
Glen Parent youth worker Robert Sands described the community’s response and that of the young people as “phenomenal”.
“We have been inundated since the start of our summer scheme, there are uniforms in most, if not all of our rooms and it’s been growing. All the kids have been helping box the uniforms, bag them, separate them out. We are still accepting donations up until next week until they are ready to be given out at St Peter’s [youth club],” he said.
“We would just want to thank all those who have given their uniforms, the community and Principal from St Oliver Plunkett, Mr McCabe, who put the message up on the school’s Facebook page and really ran with it.”
Pastor Tony Meehan from the West Belfast Foodbank told the Andersonstown News that he had been “surprised” at the scale of the response.
“The week the schools were closing no uniforms had been given in, I was having a minor panic thinking people weren’t going to respond. But on the Thursday of the final week a couple of the primary schools had done a non-uniform day and told the children to bring their uniforms in – two mini buses were filled full of bags of uniforms,” he said. “Since then we been receiving donations every single day. We want to emphasise that there will be uniforms from all schools, primary and post primary, in West Belfast available on the two days we have set aside for collection and to thank everyone who has donated so far.”
Free school uniforms will be distributed on July 24 from 2pm-6pm and July 25 from 10am-6pm at St Peter’s Immaculata Youth Club. For more information email info@westbelfast.foodbank.org.uk