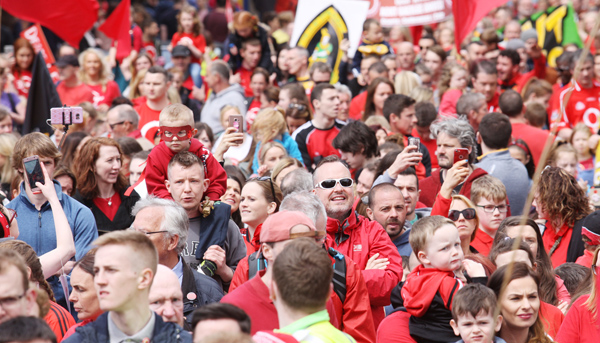 THE recent campaign for a language act has brought traditional Ulster unionism hostility towards Irish into sharp focus. Contrary to the widely held belief that this antipathy emerged from a recent republican hijacking of the language, in reality, disdain for Irish culture is as old as the Anglo-Irish relationship itself.

Globally, indigenous cultures and languages acted as bulwarks to colonisation. Thus, the Irish language, by necessity, fell victim to premeditated economic, social and political exclusion, especially after the Elizabethan conquest in the early 1600s. Therefore, as ideological heirs to this imperialist philosophy, contemporary political unionism is merely continuing a centuries-old tradition.

This philosophy, based on the reactionary forces of Orangeism, should be distinguished from a progressive Presbyterian tradition rooted in the enlightenment republicanism of the French revolution. The many Presbyterians who promoted the language in the 18th an 19th century drew inspiration from this humanist tradition and not the Social-Darwinism that would emerge from the ideology of empire.

Ulster unionist opposition to democratic progress then, as now, relied on supremacism and an overt racism that mirrored similar assumptions throughout the empire. Indeed, such reactionary concepts formed the rhetorical foundation of opposition to Home Rule, as prominent historian JJ Lee has pointed out:

“Their sense of inalienable superiority rendered them impervious to the logic of numbers…Why should a Herrenvolk deign to recognise numbers? Why should one Protestant be equated with one Catholic? That would undermine the whole raison d’etre of the divine dispensation.”

According to this logic, those outside the imperial British race, or worse still, those who actively opposed it, were not only unworthy of its benefits, but also regarded as disloyal dangerous and inferior. Therefore, the use and promotion of the Irish language naturally fell into this precarious bracket.

The 1920 Government of Ireland Act partitioned the island and established Europe’s first settler-colonial state, where Irish identity received no official recognition. The 1923 Education Act, ushered in a period of systematic and legislative neglect that continued unabated until the fall of Stormont in 1972.

Indeed, the hard-line Loyalist League consistently petitioned Stormont to criminalize the language, with William Grant MP stating that: “The only people interested in this language are the people who are the avowed enemies of Northern Ireland.” In response, James Craig felt it “better to keep a control by means of regulations over activities of this character than to drive them underground where they tend to germinate and exert a baneful influence.” Craig’s pragmatic response differed in tone rather than substance, still exhibiting what anti-colonial theorist, Frantz Fanon, termed ‘cultural racism’. A similar convergence of extremist and liberal unionism is apparent in the current debate.

The roots of this cultural racism lie in Ireland’s destructive cultural colonization. Irish language activists would find themselves imprisoned without trial in every decade from the 1920’s until the early 1970’s. The Public Health and Miscellaneous Provisions Act criminalized bilingual street signs, with Newry activists imprisoned under the Special Powers Act in 1948. As then Minister for Home Affairs, Brian Faulkner, explained: “We simply cannot tolerate the naming of streets in a language [that] is not our language.”

When the pioneers of the Shaws Road Gaeltacht decided to set up a school in the 1960’s, they were advised “that teaching through the medium of the Irish language would not be deemed to be proper instruction for young children” and that “the law would be allowed to take its course”. In the mid-1980’s, attempts by republican councillors to speak Irish in the chamber of City Hall met with whistles and jeers, Sammy Wilson famously telling Sinn Féin councillor Máirtín Ó Muilleoir to “stop speaking that Leprachaun language”.

Since May 2007, unionism has continued its discriminatory agenda by taking the DCAL ministry and vetoing an Irish Language Act despite the support of the overwhelming majority of submissions to three public consultations. The Líofa Gaeltacht Bursary scandal in Christmas 2016 represented the culmination of a decade of premeditated attacks on language rights by DUP ministers. This intransigence ran parallel to a torrent of public anti-Irish bile typified by Gregory Campbell’s “curry my yogurt” and Arlene Foster’s “crocodiles”.

This abysmal record proved what Gaeilgeoirí already knew; that 20 years after the Good Friday Agreement, the New Northern Ireland was not so new when it came to disrespect and denial of rights for Irish language and identity.

Yet even a multi-layered constitutional crisis could not break the pattern of breath-taking arrogance, institutional bigotry and blithe intransigence. Apparently, political unionism has barely moved an inch, while Sinn Féin carried out a series of ‘ground-breaking reconciliation gestures’, where ‘they stretch[ed] their base’ to breaking point. Yet, an explanation of this intransigence remains incomplete, if we ignore the supremacist and reactionary history of Ulster unionism. The recently collapsed talks debacle has proven that political unionism is unwilling to move into the 21st century and admit that Irish identity deserves respect, dignity and statutory protection in this state.

A grassroots and autonomous movement spearheaded by An Dream Dearg and its watchwords of ‘respect, recognition and rights’ ensured that language rights became a litmus test for the restoration of power-sharing. The failure to pass this modest test has cast serious doubt on the viability of sharing power with reactionary unionism and the workability of the very state itself. Nevertheless, this new grassroots language campaign, the most vibrant and energetic to emerge for over a generation, demonstrates that broad-based, inclusive and participatory democracy can help shift public opinion and affect political change. Perhaps these key lessons could shape an open and honest debate that explores alternative ways and means to collectively fight for social justice and imagine a new republic based on “cherishing all the children of the nation equally”.