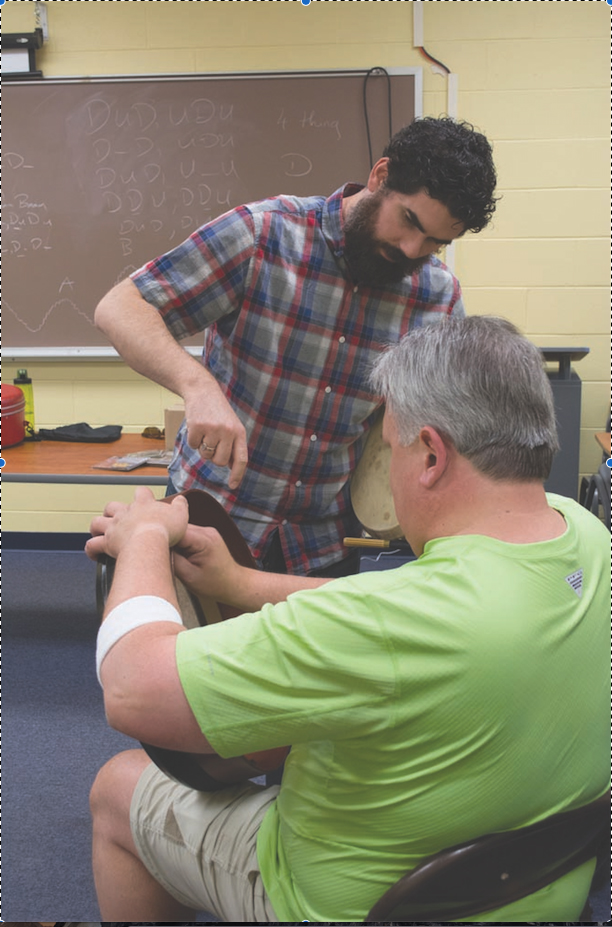 There’s nothing like a solid week of traditional Irish music to cleanse the soul. I’ve just returned from the small Davis and Elkins College campus in Elkins, West Virginia, where I’ve been enjoying the crack at Augusta Irish Week 2015.

Since 1982, which is when Mick Moloney first worked with the Augusta Heritage Centre to add Irish music to its programming, Elkins has been an important place for Irish music lovers. Located in the beautiful and remote Appalachian mountains, it is the oldest teaching week in the U.S. and is a wonderful place with an impeccable reputation for music.

This year was fuller in spirit than weeks of the recent past. The popular ‘Ice House’ building was once again open and home for some serious sessions. The cool ceili and old time square dances (yes, our old time music brethren got in on the crack) at the newly renovated outdoor pavilion were delightful and well attended (Padraig McEneany’s calling was a particular attraction). And the Tuesday and Thursday night concerts were outstanding and attracted warm, appreciative audiences.

The thing that must be said about Irish Week is that the student-teacher ratio favours serious students of the music. The week’s attendees, who came from places like Pittsburgh, Cleveland, Atlanta, Kalamazoo and New York, enjoyed a remarkable level of personal attention and interaction in the classroom and went home absolutely buzzing. This sentiment was captured in ‘From Augusta: Passing It On During Irish Week’, a brilliant radio piece Andrew Carroll put together for West Virginia Public Broadcasting (wvpublic.org). In it, Carroll spoke to a group of students about the week’s transformative properties and did a fine job of documenting the positive feelings the week is known for. A worthwhile thing to check out!

One of the week’s highlights was the Wednesday night screening of ‘The Keymaster’, a film documenting the life and work of the great flutemaker Patrick Olwell, who was on hand to field questions from a most appreciative audience (The Keymaster is available to view online on demand through Vimeo.com). The screening attracted several instrument makers, including the gifted flute maker John Gallagher (gallagherflutes.com), who debuted an interesting C flute, and concertina maker Jeff Thomas (www.thomasconcertinas.com), who let me know he recently made the move into a permanent workshop and that he had just returned from the Willie Clancy Week, where his instruments received a warm and favourable response from folks like Hugh Healey, Edel Fox and Caitlin Nic Gabhann.

The week also featured daily roundtable-style discussions. The most interesting of them was the one that took a frank look at the state of the industry surrounding traditional Irish music. We spoke of the challenges artists who play traditional music face and how to best adjust to a rapidly changing technological landscape. Concert Window was identified as an important asset for artists because of the online broadcasting opportunities it offers (www.concertwindow.com). TradConnect was also discussed, especially its new ‘Download Centre’. Based in Ireland, Tradconnect is a networking and “independent traditional music channel that connects musicians globally”. Its recently launched Download Centre is a service for artists, presenters and journalists that hosts new releases and gives media figures the world over simultaneous immediate access to the very latest in traditional music via download. The potential it has to create much-needed synergy in the Irish music community is stunning and the responses from early adopters are overwhelmingly positive. Artists, presenters and journalists who are interested in learning more (especially those based in the US) should visit tradconnect.com and search ‘download centre’.

There is so much to recommend in a week like this. The friendship, the camaraderie and of course the music are top notch but they’re also an important way of bringing cohesion to the Irish music community – it’s a delight to be a part of it. Augusta Irish Week 2016 will take place from July 24 to 29. For more information, visit augustaheritagecenter.org

Daniel Neely writes about traditional music in the Irish Echo every week.