SQUINTER: Van the Man on the same side as Sammy and Jim 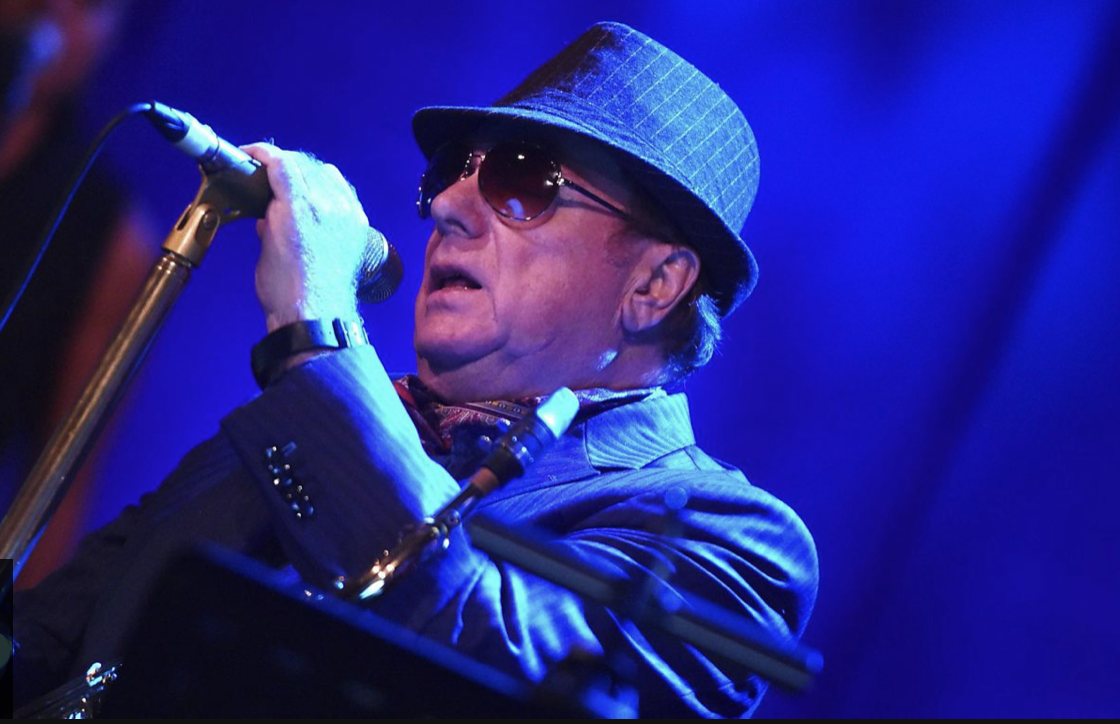 ‘CHOOSE your side! Choose your side!’ That was the cry of the rather scary collection of overweight, baldy, tattooed gentlemen who gathered in London at the weekend to oppose, ah, masks.

In the war against Covid, most people here have already chosen their side and they’re on the same team as the virologists and epidemiologists who are telling us that we need to mask up in places where social distancing is not possible. Sadly, however, there’s a significant number of people – some of them doubtless reading this – who have decided that the brightest brains in the most prestigious educational, scientific and medical institutions in Ireland and Britain are not to be trusted. The people we need to trust, they believe, are Van Morrison, Denise Welch, Sammy Wilson and Jim Corr.

Now Squinter didn’t have Van the Man down as a statue-guarder. Yes, we all know of his reputation as a cantankerous old curmudgeon – for some it has actually become an almost endearing quality. When he first started to give off about the lockdown affecting the music industry, Squinter put it down to the frustration of an artist unable to share his gifts with the world. But now that he’s written three songs railing against Covid restrictions, it’s pretty clear that he’s gone full Sammy on the virus.

On his website he wrote: “I call on my fellow singers, musicians, writers, producers, promoters and others in the industry to fight with me on this. Come forward, stand up, fight the pseudoscience and speak up.”

Van probably doesn’t  mean that he wants them to fight with him and Squinter might put that down to a clumsily phrased sentence by a top writer, but having looked at some of the lyrics on his new mini-album, Songs in the Key of Gammon, Squinter fears that the East Belfast troubadour might be losing his touch.

Take No More Lockdown, for instance. You have to suspect that not a great deal of creative capital was expended in the writing of that title, but it’s poetry compared to what lies beneath.

No more taking of our freedom
And our God-given rights, Pretending it’s for our safety, When it’s really to enslave.
Wha’? Astral Weeks? More like Millisle Weekends.
Then there’s As I Walked Out, a slightly less prosaic title, even more crushingly banal titles.
And they spread fear and loathing
And no hope for the future.
Not many did question
This very strange move.
Wouldn’t it be great if it wasn’t like this all the time?
Yes, Squinter realises that isn’t the best joke he’s ever cracked, but an appropriately toe-curling response is required to what can only be described as a Moonerdance.

Drove through Mullaghglass last night around 7pm and the smell was absolutely rrrrank. Rotten eggs/gas. Worst it's ever been. My eyes were watering and the windows were up. @danielbakersf

Child's gunplay is just so much fun!

ISN’T it interesting how the Kumbaya-singers of the Alliance party are so bull for Armed Forces Day?

Last year party members on Armagh City, Banbridge and Craigavon Borough Council voted to spend £60,000 on hosting the annual celebration of the British military. That event was destroyed by a Covid artillery barrage, but hopes are high that the guns of the virus can be spiked in time for the event to take place next year. By which time a bit more than 60K might be needed.

Now they’ve joined forces with the First Battalion City Hall Ulster Fusiliers to launch an assault on Belfast. They voted alongside unionists for Armed Forces Day to be held here in 2022, but sadly the regimental formation of This Here’s Pravince’s capital has been altered in recent years and the motion to hold the Gunfest here – and take on the considerable attached costs – was defeated in a vote of the Strategic Policy and Resources Committee. Six DUP councillors and four Alliance councillors voted to blow the whistle and send the troops over the top in 2022, while seven Sinn Féin councillors, two SDLP and one Green voted to keep the lads in the barracks. The more observant among you will have notice that that meant the vote was tied, but the Sinn Féin chairperson  issued the coup de grâce to the idea with the single shot of her casting vote.

Field Marshal Lord Dale of Pankhurst, DUP, KG, GCB, DSO, PC, DL, WATP, GSTQ, was horrified by the outcome, not because it’s a kick in the puttees for Our Brave Boys, but because it means the city’s going to lose out on a few quid. “In a post-pandemic era, this event would bring much-needed income to our city’s commerce, particularly engaging with the hospitality and tourism industries, both of which have been hard hit by the lockdown measures.”

Major-General Michael St Long, APNI, GCB, EM, said the last event of its kind in Belfast was in 2009 when his missus was Lord Mayor and everything had gone off just spiffingly. “We have supported events that will support British identity, Irish identity and indeed Northern Irish identity in the past, and we will be content to support this particular issue as well,” he said. The reference to Alliance support for the Irish identity will no doubt have raised a few eyebrows among the city’s Gaeilgeoirí, who have expressed themselves bitterly disappointed at the decision of the Alliance Party to oppose a bilingual street sign policy which would give all streets the right to have an Irish names if they so wish. Squinter’s not sure how that’s supporting Irish identity in a city so dripping in British military and royal signs and signage that first-time visitors could be forgiven for thinking they may have wandered into the Imperial War Museum by mistake.

The last Armed Forces Day in Our Wee Country was in Lisburn, and it was watched over in Market Square by a statue of a UDR roadblock and another of Indian psycho-soldier John Nicholson waving a revolver. Squinter wandered around a fearsome collection of vehicles of war which surrounded a tent inside which was lovingly arrayed a collection of weapons, including a plastic bullet gun, which was being admired by adults and children alike, which was beautifully fitting as the weapon killed adult civilians and children alike.

Last year when the vote was taken to hold Armed Forces Day in Armagh, Squinter asked Alliance leader Naomi Long if her people in Armagh, Banbridge and Craigavon would be happy for this heartwarming display to be repeated. She said she’d have a word.
Um, Oscar, Kilo. Roger that.