VIDEO INTERVIEW: Mark Cousins, child of the Grosvenor and filmmaking genius on bathwater, bullying and a better Belfast 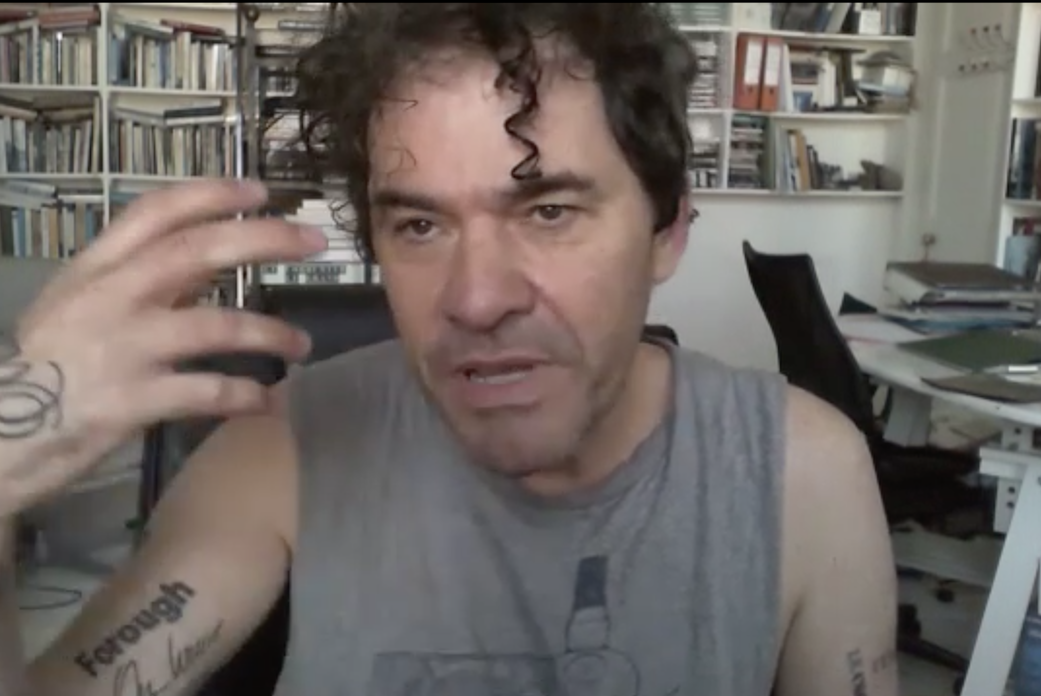 Mark Cousins is the hottest documentary filmmaker on the planet - though some might say he's slowing up.

For his latest epic, Women Make Film, an acclaimed homage to female directors tops out at just 14 hours. His last gargantuan effort, The Story of Film: An Odyssey consisted of 15 one-hour chapters.

Regardless, he has once again earned his reputation as the caped crusader of cinema, righting wrongs and making reparations for those who have been written out of movie history because they were in the wrong country, speaking the wrong language or, worst crime of all, of the wrong sex.

Is it me, or does every song on the radio at the moment sound as if it's commenting on the crisis?
California Dreaming
What's Going On?
I Can't Get No Satisfaction
I Will Survive.
Where Did Our Love Go?
Am calling this the #PandemicFallacy.

With his whirling, free-wheeling, fearless approach — nine-to-the-dozen and a thousand-plates-spinning — the self-described "Belfast boy" has reached new heights with Women Make Film.

Narrated by, among other movie luminaries, Jane Fonda and Tilda Swinton, and a lifetime in the making, Women Make Film is an Aladdin's Cave of cinematic delights from female directors.

From his Edinburgh base, Mark travelled the globe to meet the women pioneers, hidden in plain sight, who had been ploughing their own film furrow — too often without adequate acknowledgement —and mined the movie  archives for the jewels of yesterday.

You can see a trailer for Women Make Film below but we spoke to Mark about other subjects close to his heart: hometown roots, civic rebirth and teenage rebels

For over the past two years, in his new role as Chair of the Belfast Film Festival, he has returned to a Belfast, which he once rejected as too conservative and too restricting, and found it as welcoming as a liberated city.

His classic tribute to the wounded city, I Am Belfast (see trailer at bottom) was released in 2015.

On his frequent trips home, from wherever he found himself in the world, at the invitation of Festival founder Michele Devlin, he brought with him an explosive  energy and wonderfully subversive ideas as to how Belfast can blossom again — not least in reviving the chain of pearls which once was the Royal Avenue "boulevard".

But we also talked to him about his ugly memories of being bullied in school — because he was "a weirdo" who found a world of refuge in the movies. He shares moving words of inspiration and solidarity for young people today who feel similarly isolated and alone.