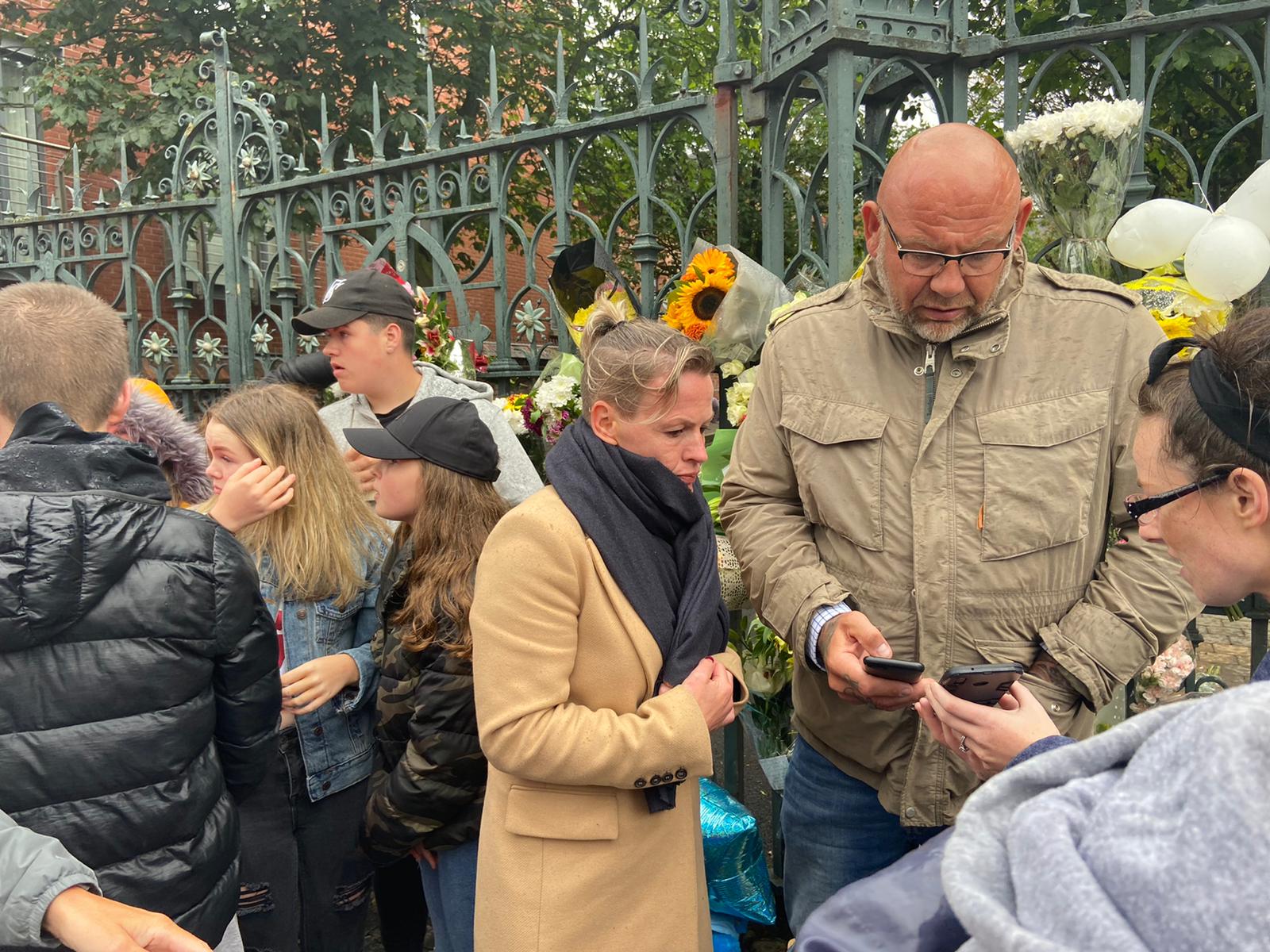 GRIEF: Fiona Donohoe at the gates of St Malachy's College where locals had gathered in memory of Noah and in support of his family

Shona Donohoe, aunt of 14-year-old Noah who was found dead yesterday after a six-day search and rescue mission, attended a community vigil outside St Malachy's College this evening. Earlier Shona and her sister Niamh attended the community vigil at Grove Playing Fields.

Around one thousand people turned out for the hastily-arranged vigil at which the Rosary was recited and messages of support read out.

Search and rescue volunteers, who rushed to the vigil from a similar demonstration of support for the Donohoe family at Grove Playing Fields, were given a hero's reception by the large gathering. The volunteers then formed a guard of honour for Shona Donohoe to enable her to get to the main gate at St Malachy's College where flowers and messages of condolence had been left.

Balloons, some in the green and black of St Malachy's, were released by many in the gathering at the end of the vigil in memory of Noah.