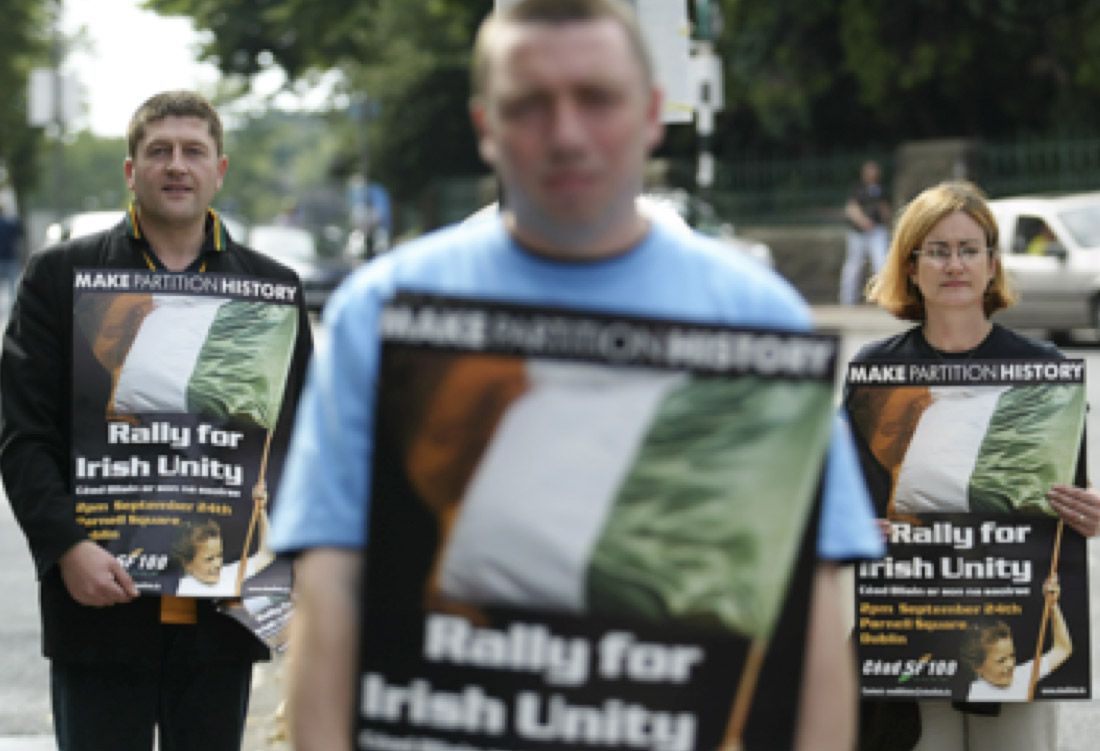 GROWING DEBATE: As conversations on a new Ireland grow ever louder, the questions we ask about voting intentions are key

ARE you familiar with the term ‘virtue signalling’? No?  I wasn’t sure either until I read a recent article by Fintan O’Toole, considered by many to be the smartest man in Ireland.
Fintan’s article talked about virtue signalling in relation to two matters that are of importance to the Irish people:  the Irish language and Irish reunification.

So, to spread the wisdom I’ve gleaned: virtue signalling is when you indicate to anyone who’s paying attention to you that you are fully supportive of some particular virtuous area or activity. Okay?

O’Toole said that when you ask the Irish people  (yes, Virginia, I’m almost certain he meant those living in the twenty-six counties) if they think the Irish language should be revived, they say yes. Irish speaking is a virtuous area and they support it. But when you ask the same Irish people if they know the Irish language, the numbers drop. And they really drop when you ask them if they use Irish on a daily basis. So there you have it – the gap between general approval of something virtuous and the reality of not being prepared to back up your approval with action.

The second example given of virtue signalling is Irish reunification. If you ask people from the twenty-six counties do they  favour a united/reunited Ireland, the majority say yes, for sure. But if you then ask would they be prepared to pay higher taxes  in a reunited Ireland, the numbers suddenly slump.

So that’s your virtue-signalling – the gap between easy words and hard actions.
The point about the Irish language is well taken. Irish people favour the idea of reviving the language, but God Almighty,  don’t ask them to do it  – ask that guy with the fáinne three doors down. The Irish people prize this cultural gift so much they can’t be bothered working to spread its use.

And Irish reunification? Well, it does look bad if so many people have second thoughts about the abolition of the border should it involve a reduction in their pay packet. More virtue signalling: I’m all for Irish unity, but not if it hits my pocket. O’Toole’s article leaves it at that. But what about this alternative step: instead of asking those who favour national reunification would they be prepared to fund it through increased taxes, why not go the opposite direction and ask how many would favour a reunited Ireland if their standard of living improved? I’m willing to bet that would result in the numbers doing a serious uptick. Numbers go down if you suggest a reunited Ireland would mean less money, numbers would go up if you suggested a reunited Ireland would mean an enhanced pay packet. Simples.

Wouldn’t that have been a more obvious element to add to the question rather than the prospect of increased taxation?

One other matter that needs to be faced: asking about voting for a united Ireland tomorrow is either very stupid or very cunning. It’s stupid because anyone with more than three brain cells  knows that a reunited Ireland will require planning, framing, explaining,  a model laid out of how the new Ireland will look. Only a fool would vote for a pig in a poke – which was precisely what we got with Brexit.

So wouldn’t a more sensible question have been “Over the next five years, would you favour the construction of a clear blueprint of a united Ireland, and then have the Irish people vote for or against it?’ Try that question and watch the numbers climb.

For Ireland’s smartest man, O’Toole does come up with some very stupid or some very cunning questions.