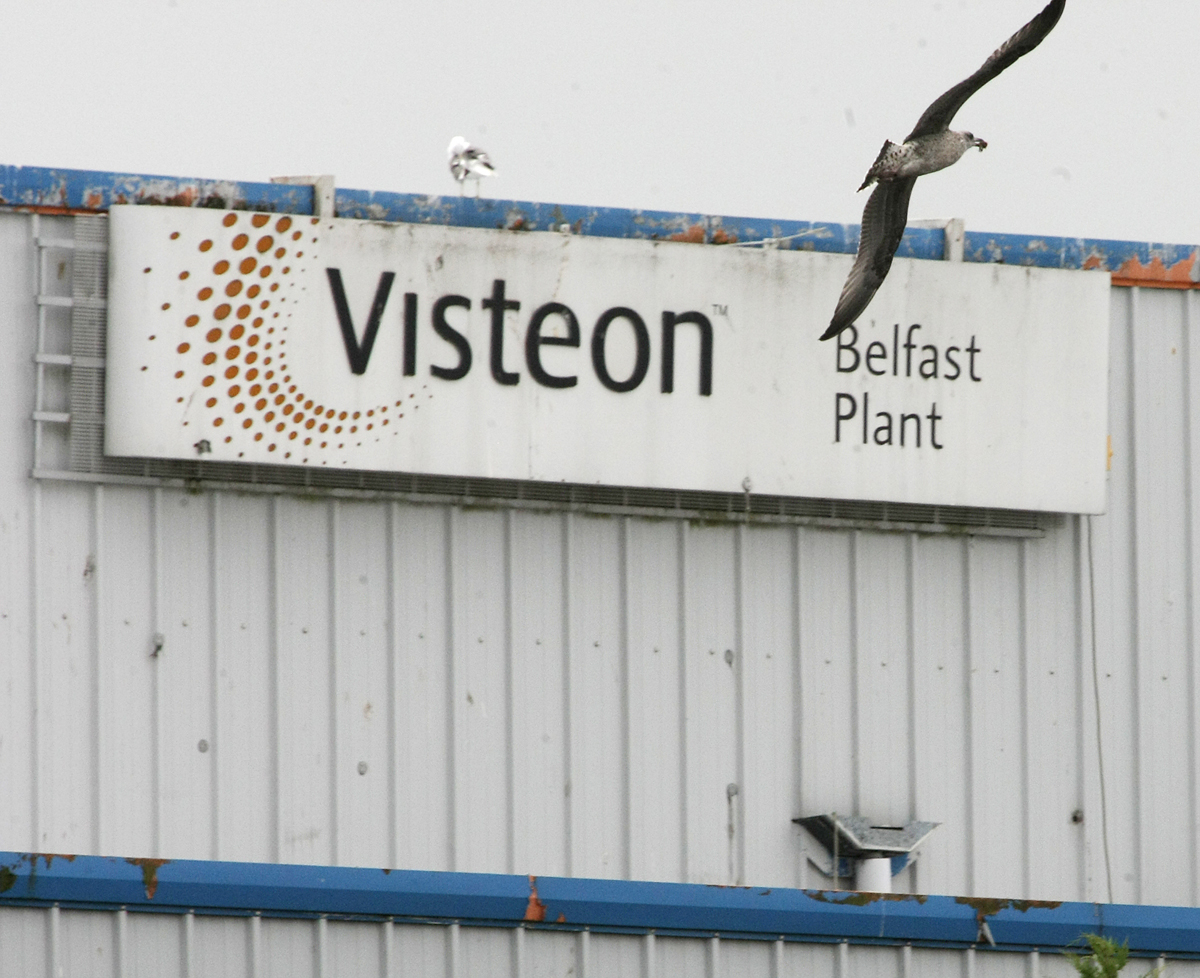 An analysis of land at the former Visteon site has led an environmentalist to describe it as “a toxic time bomb”.

A report on soil at the site, where Fold Housing want to build 244 homes, found that toxins there pose “potential unacceptable risks” to human health.

The campaign group opposing Fold’s plans says the organisation must now scupper the Visteon project and called on local politicians to back them in the wake of the new report.

The analysis was carried out by a unit of the Northern Ireland Environment Agency, the Land and Resource Management Unit, which published its final findings last week.

The report notes the presence of a range of toxins including asbestos, metals, hydrocarbons, polyaromatic hydrocarbons and volatile organic carbons.

We spoke to veteran local environmentalists James McCabe and Gerard Daye. Gerard  says he believes that at least 20 feet of soil would have to be removed before any development work could take place on the site.

“It is highly significant,” said Gerard, “that this report is coming from a government body.  The Unit was obviously a consultee in the planning permission process and their analysis shows this site to be a toxic time bomb, would you want to be living on that?  They would need to be digging at least 20 feet down before even thinking about doing any work there.  This is as devastating a report as I’ve ever seen.”

James, who used to work at the old Ford factory, says the land should be retained for commercial use.

“There were toxic spills frequently ay Ford,” he said.  “You expect that in any industrial land, but not for land where people are expected to live.

“This report shows that not only could future site users be affected, but also third parties, that’s people already there in Mayfield, Brook Park, Ladybrook and Woodland Grange.

“This land needs to be retained for industrial use only, that’s the only acceptable use for such a toxic site.”

Patrick Crossan of the local campaign group, the Campaign for the Economic Regeneration of the Former Visteon site, said Fold must now shelve their plans.

“The contents of this clearly demonstrate that this site is unsuitable for the plans proposed by Fold,” he said.  “There has been understandable deep concern expressed to our group by members of the local community about the alarming health issues and the lack of comprehensive information from Fold.

“With this worrying development, we repeat our request and also ask that our local political representatives call on Fold to withdraw and discontinue its planning application.”

The SDLP’s Tim Attwood said the latest development adds weight to the calls by residents for the land to be kept for industrial use.

“The results of this site investigation have raised serious issues and alarmed local residents,” said Cllr Attwood.  “It is essential that the DOE Planning Service now initiate a full Environmental Impact Study to comprehensively assess the risk to future users and the cleaning and remediation strategy required. These findings add further weight to the argument made by the campaign group and the SDLP that this site is best suited for industrial/ commercial use. Given the planning guidance PPS 4 has been strengthened – land ‘last used’ for economic development must have a significant economic footprint – and the recent comments from DETI Minister Arlene Foster MLA, there are now no strong and overwhelming reasons to enable lands zoned for economic development use to be lost at the Visteon site.”

West Belfast MP Paul Maskey said the news highlights the need for the feasibility study his party has called for to be carried out as soon as possible.

“I support an environmental statement, where land is contaminated, as it can have an adverse impact on future use of the site,” he said. “And I think we have to ensure all contamination is removed no matter what the future use is before any planning permission is agreed.

“I am still waiting on responses from the ministers regarding a feasibility study by the Strategic Investment Board and I hope they can agree to SIB doing a scoping exercise, as that will get the best use of this site. I hope it is done as a matter of urgency as it will assist in any decontamination process. The Department of the Environment’s Mark H Durkan will have the final say and I am looking forward to his response to see whether he agrees or not to contact SIB regarding a scoping exercise on the site.

Fold Housing told the Andersonstown News they are committed to their plans.

“Fold Housing Association has a proven track record in remediating and redeveloping brownfield sites for new housing projects,” said a spokesman.  “We are fully aware of the requirements of NIEA and the Planning Department in taking on the responsibility for developing a site such as the former Visteon site.

“Fold carried out a number of environmental surveys in advance of its planning application. Indeed, the findings of these surveys are included in their planning submission of December 2014.

“From the outset, Fold has sought to carefully and safely remediate the former Visteon site in accordance with NIEA and Health and Safety requirements. Remediation surveys of asbestos and other contaminants commenced shortly after purchase of the site last summer. This enabled the first phase of remediation, dealing with asbestos, to commence earlier this year. We anticipate this work to be completed towards the end of the summer. Clearly the speed of progress will be determined by decisions from Planning and NIEA.

“The NIEA report is not untypical of a report for a brownfield site and there is nothing to suggest the site is unsuitable for housing. The fact is that Fold’s proposed mixture of housing, community facilities and employment space provides the underlying economic drivers which makes possible its regeneration. Without the contribution of housing, it is difficult to see how this derelict site could viably be returned to commercial or employment activities.

“Fold remains committed to regenerating the former Visteon site, providing homes, jobs and support for local people and the wider West Belfast community. To this end we are happy to work with NIEA and the community towards ensuring the site is properly remediated as soon as possible.”