Voices raised at the Duncairn Centre 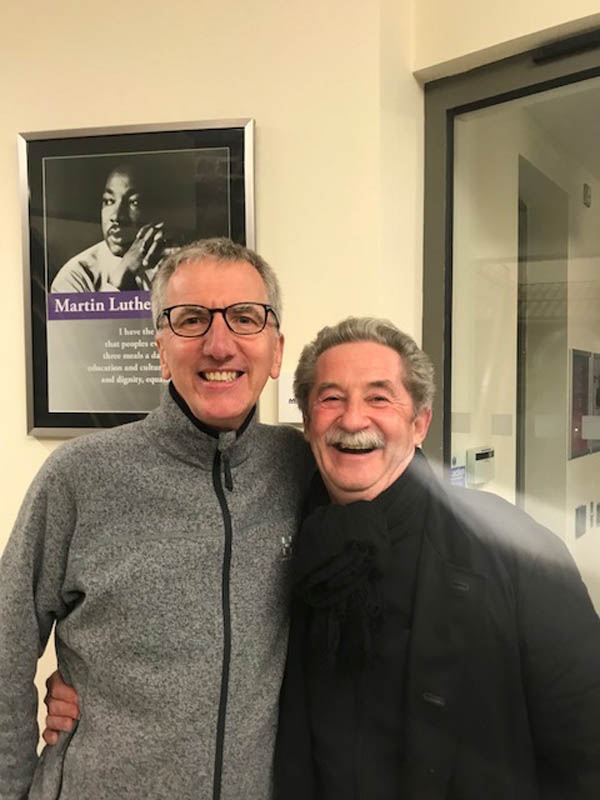 IRELAND has, thankfully, its fair share of selfless ambassadors who have made it their life's work to build community.

They are grassroots patriots who realise that you build a nation from the street corner up.

Among their number is Cork's Philip King, the multi-talented musician, radio presenter and creator of the greatest-ever film tribute to Irish song, Bringing It All Back Home. But Philip's proudest achievement was the creation of Other Voices, a festival of song and ideas in An Daingean/Dingle, Co Kerry, which brings the cream of the world's musicians to Ireland's edge.

The musical venues are all-the-more magical for not having been designed for superstars - old churches, parish halls, pub lounges.

The values and vision of Philip King is grounded in his faith in the Irish people and his belief that if you go to the well of community, you won't come up empty.

Until now, Belfast of the Ships hasn't been able to welcome the travelling King caravan to our city but that omission was put to right this weekend when the Rev Bill Shaw opened the doors of Duncairn Culture and Arts Centre in North Belfast to Other Voices. As well as debates and discussions, Other Voices Belfast featured a standing-room only concert featuring Beoga, Touts and Picture This — who had played to 8,000 fans in the Odyssey Arena the previous night.  Duncairn is no ordinary arts centre: it is infused with the power which comes from having been gifted by the former Presbyterian congregation who worshiped there to the local community. A place of hope and healing, Duncairn came complete with the Rev Shaw, himself a hero in these parts.

I had a quick chat with Philip King to thank him for coming to Belfast and was delighted to see that he had already been captured by the spirit of Belfast. He says he spent his first night here strolling the streets with Van Morrison's epic Astral Weeks playing on his headphones.

That classic album, also lodged in the local, will be 50-years-old in 2018 when Philip plans to return with an even more momentous Other Voices. With a King and a minister sharing the pulpit, Other Voices Belfast 2018 might just be the answer to our prayers.