Votes at 16 campaign is launched 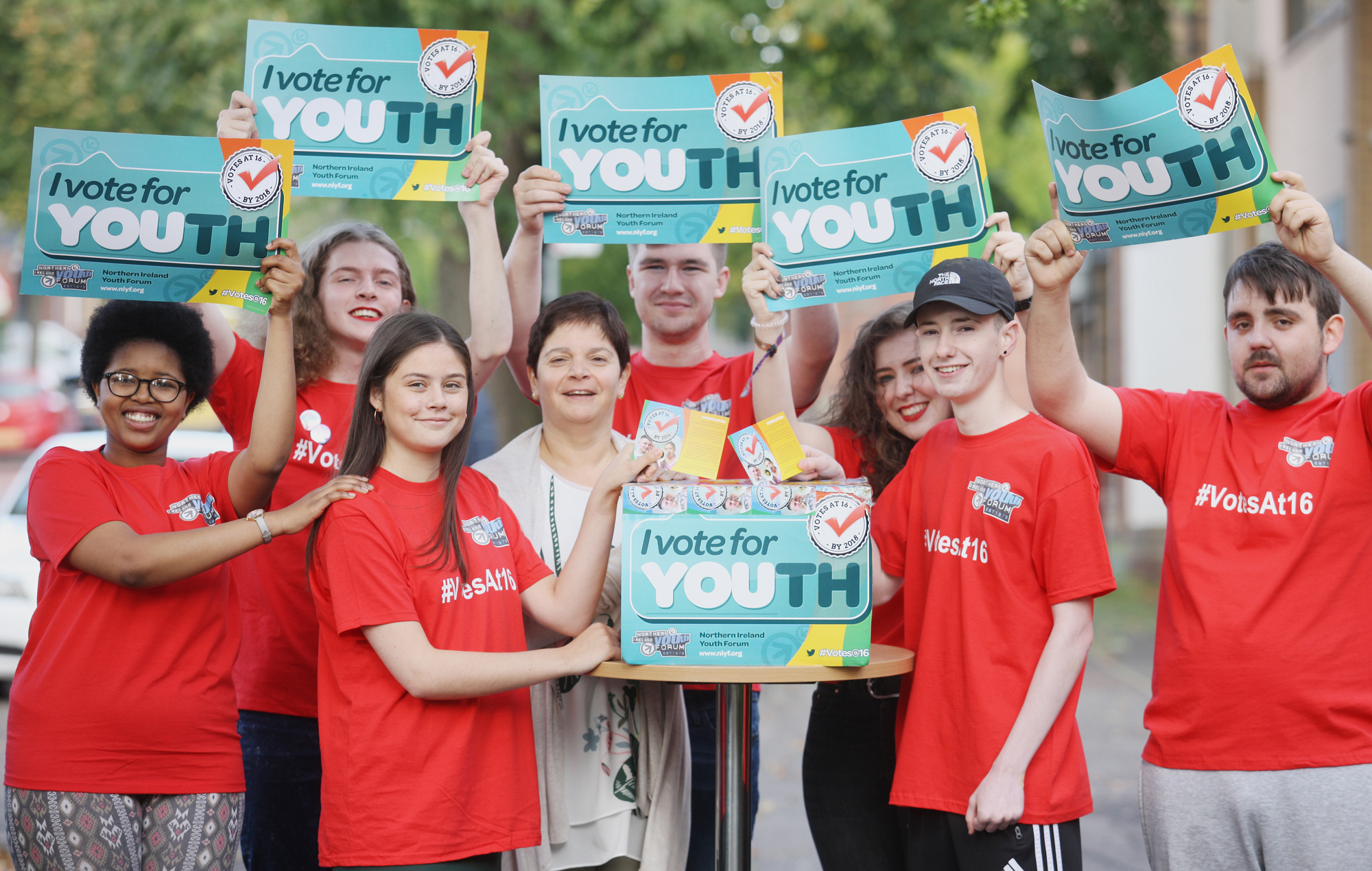 A CAMPAIGN has been launched by the NI Youth Forum to change the voting age to 16-years-old.
The launch, which took place at the NICVA headquarters in Duncairn Gardens coincided with International Democracy Day (September 15).
The event included input from the young people themselves, who all dressed in red t-shirts, with a clear message that a 16-year-old can marry, pay income tax and join the armed forces but are still denied the right to vote.
A number of MLAs were also in attendance, with the exception of a representative from the DUP.
In 2012, a joint Green Party/Sinn Féin motion to extend the voting age was carried in the Assembly by 51 votes to 29 but only Westminster has the power to change the law.
Phil Glennon, Operations Co-Ordinator at NI Youth Forum was pleased with the launch but admits there is much more to be done in their long campaign.
“The focus was to raise awareness that the voting age should be lowered to 16-years-old,” he explained.
“Young people should have a say in government officials who make decisions for them.
“I was delighted to see some representatives, including MLAs of all but one political party at the event. They all unanimously voiced their support for our campaign and it shows that there is an opportunity here for the young people.
“The clear message is that young people are frustrated and they are passionate about having a say. This campaign is all about them and giving them a platform to come together to get their message going.
“This is only the beginning of the campaign. It is time to ignite the spark and with the NI Youth Forum we need support from a range of organisations to help us. It’s a long-term campaign. We are not going to stop.”
NI Commissioner for Children and Young People, Koulla Yiasouma told the young people she was fully behind their campaign.
“16 and 17-year-olds are being prepared to participate in political and civic society in schools throughout Northern Ireland. Having a say in the future of our society is the natural extension of this.
“Young people want to be part of the decision-making for their future and I can see no reason to deny them the vote. Therefore I am delighted to be able to support this campaign.”
Follow the campaign on Twitter at @NIYF and #VotesAt16.