WE SAY - EDITORIAL: Someone will have to explain why Stormont followed heartless London lead on Covid-19 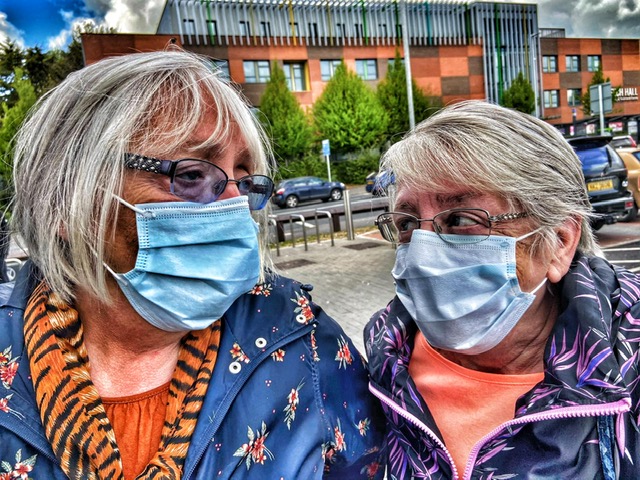 LAST week’s decision to reopen cemeteries was the right one, but – as with every other public space at present – activity will have to be closely monitored to ensure that safe practices are being observed. And though the cemetery move is to be cautiously welcomed, it is perhaps unfortunate that it came at a time when the first tentative conversations were beginning to open up about a potential lockdown exit.

There’s little doubt that those conversations have led to a fall-off in discipline that, while far from disastrous, is worrying and very worth watching. There are, of course, no figures, but the anecdotal and eyewitness evidence, particularly over the weekend, were a powerful indicator that there is a significant number of people who believe that the worst of this is over and the move back to ‘normality’ has begun. That is a dangerous message to send out, which is why politicians and experts need to be careful about the language they use when the necessary debate is being had about what any move toward a loosening of the lockdown might look like. That debate must be had alongside a continuous hammering home of the message that we still need to stay at home and protect our health service.

Meanwhile, the daily death toll is still being announced without including those people who have passed away in care homes, in line with British government practice. While the figures being announced here and by No.10 are shocking enough, when someone eventually cares enough to include dead older people, it is almost certain that the United Kingdom will have the second-highest death toll on the planet. That means that here in the north we need to strap ourselves in for a sobering dose of reality when the true death toll is finally revealed.

Somewhere further along the line, somebody at Stormont is going to have to stand up and explain at an inquiry why the Executive elected not to use its devolved powers in this instance – as with so many others – and follow a heartless and PR-obsessed Downing Street machine led by a career liar and an eccentric eugenicist. The sheer scale of the damage being wrought to the population and to the health service was starkly illustrated by the BBC’s Panorama this week, which revealed the deadly cynicism and heartlessness that lie at the heart of this administration. The facts are jaw-dropping.

In January, when the world was first beginning to wake up to the threat of Covid-19, the disease was officially designated ‘high consequence’ by the UK. But when it became apparent that the amount of personal protective equipment (PPE) required by statute to be in place as a result of the designation was nowhere near enough, Downing Street acted quickly. Not to source PPE in a market growing more competitive by the day (it actually opted out of a EU bulk purchase programme) but to downgrade the designation in March so that it was no longer considered ‘high consequence’. Why did they do that, even though by March the devastating lethality of Covid-19 was already beginning to manifest itself? They did so because it meant they were no longer obligated to supply the same amount of PPE.

That is what Stormont hitched its wagon to. That is why we now need to look to ourselves.

Our homepage photograph by Thomas McMullan shows two shoppers queuing outside Lidl on the Andersonstown Road earlier this week.