‘We were never going to step aside’ 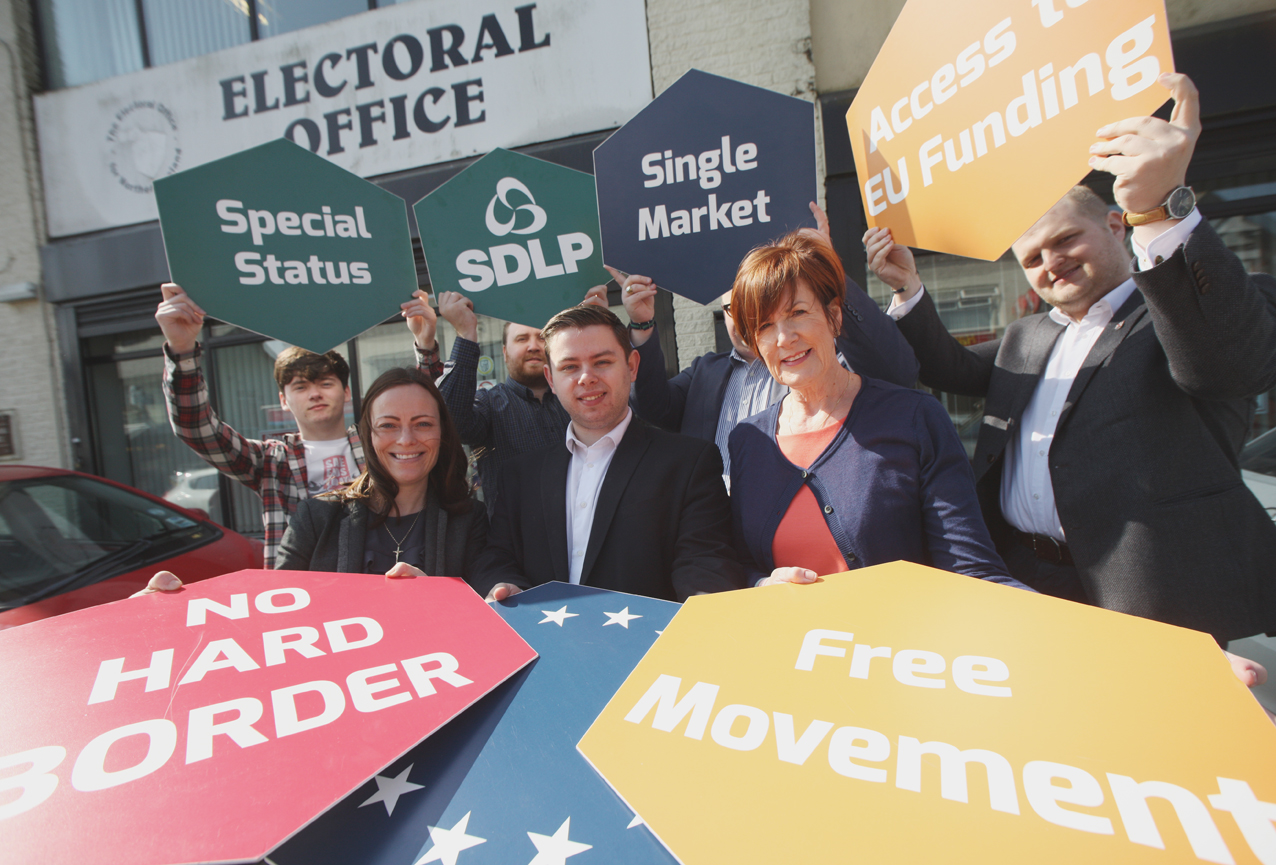 NORTH Belfast SDLP Westminster candidate Martin McAuley says the party was never going to step aside in the constituency and he won’t just be a name on the ballot paper.

The 26-year-old law graduate and party’s press officer at Stormont spoke to us as he handed in his nomination papers in Glengormley.

“I’m looking forward to the challenge,” he said. “Nichola [Mallon] obviously has more pressing concerns at the minute and is due today,” he explained.

“The party looked for a candidate in North Belfast and I’m very pleased to be nominated.

“We were never going to step aside to give the Sinn Féin candidate a clear run. That was never going to happen. Our aim was to seek a broad anti-Brexit Alliance with Sinn Féin, Alliance and the Greens but that coalition fell apart very quickly.

“There were also talks regarding an independent, non-party-aligned candidate in a constituency where people voted to remain but the MP supported Brexit. It was rejected out of hand by Sinn Féin.

“I will be giving this election my all. We don’t put our names forward in constituencies just to have a name on the ballot paper. We fight elections to win elections and represent people.”

Martin says he will fight the election on an anti-hard Brexit ticket and claims he is the most pro-Europe candidate in the constituency.

“This election is about Brexit. A hard border, hard Brexit and tough austerity is not acceptable to the SDLP and the people of North Belfast who will be affected by cuts across the constituency.

“What is not needed is an MP who cosied up to Theresa May and has betrayed the will of the people in North Belfast. An MP who will not take their seat is also not needed.

“We need to take the fight to the Tories and the only way to do that is to elect a pro-Europe MP to take their seat and take a stand against Theresa May.

“I’ve had a huge amount of support in the last 24 hours. I think voters in the constituency know we need to take the fight to the Tories. North Belfast voted to remain and if that same coalition of people come out and vote on June 8, then we can unseat Nigel Dodds.

“The best candidate is an SDLP candidate who will fight and take their seat.”

Martin previously stood as an independent in the 2010 general election, receiving just 403 votes before joining the SDLP during his time at Queen’s University.

The Oldpark man hit headlines in the constituency after his campaign poster slogan – ‘Tough on Crime… Tougher on Women Drivers’ – prompted complaints his manifesto was anti-women.

However, Martin laughed off the spat, saying he expects his election posters to be up soon.

“2010 was my first bow into politics as a 19-year-old law student. I remember a lot of people took my posters a bit too far and had a lot of slogans above my head.

“It was a bit of light-heartedness but my SDLP election posters will be up in the constituency as soon as possible.”