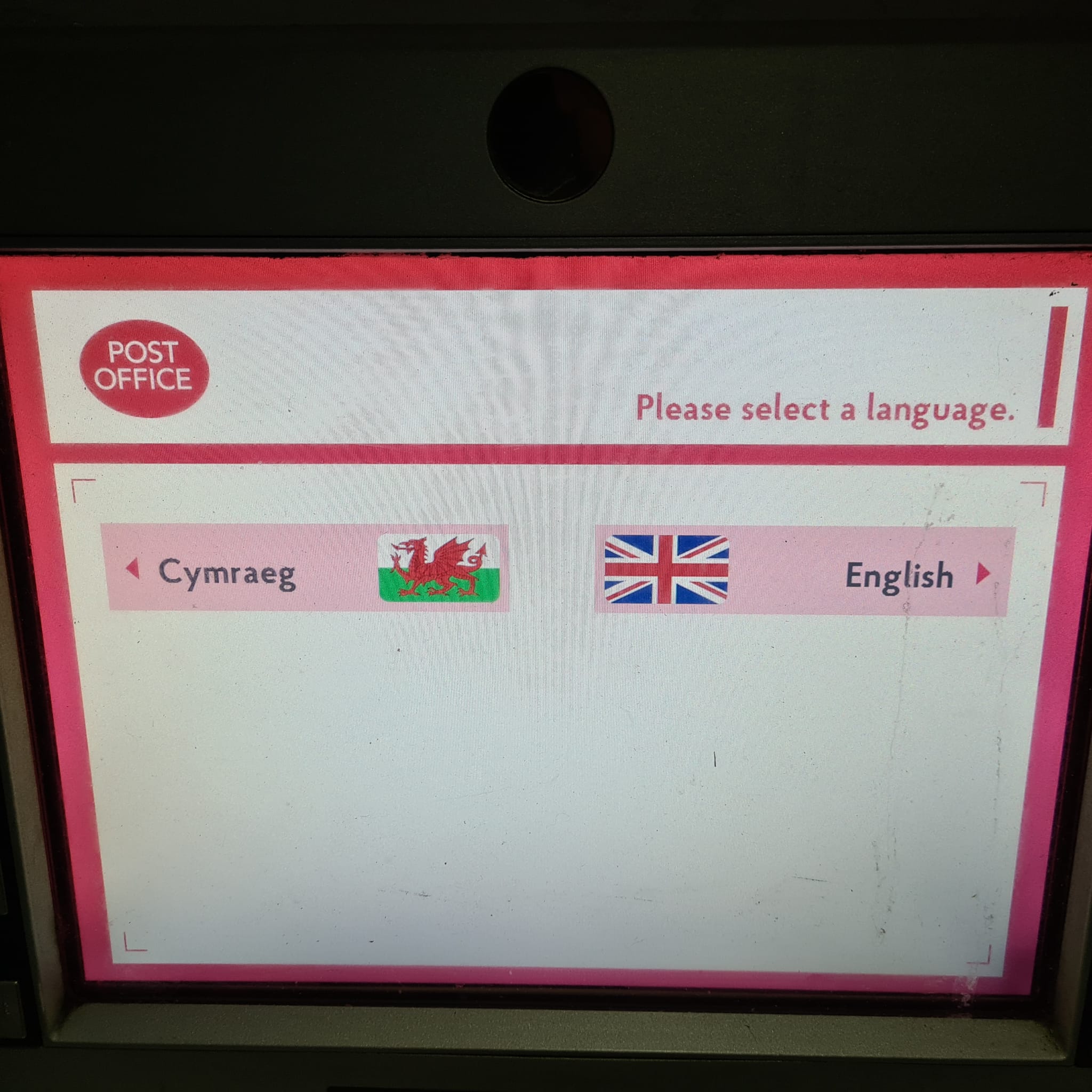 REVELATIONS that people in the North can avail of Post Office ATM services in English and Welsh – but not Irish – have highlighted further disparities in language legislation and recognition here.

This week, the Andersonstown News discovered that Post Office ATMs within Belfast's Gaeltacht Quarter and elsewhere offer a bilingual option for Welsh speakers.

"Because of the strength of the Welsh language, the awareness campaigns around bilingualism, and the huge uptake of Welsh medium education, you are seeing the normalisation of the language, where private companies are now offering Welsh language services," he said.

"They recognise that there are huge numbers of people who are going to be using those services."

Mr Ó Muadaigh said such provisions will not be afforded to Irish speakers under Irish language legislation that is due to be implemented by Westminster.

"In 2011, Welsh Language laws ensured public bodies, including UK-wide services, are provided in Welsh," he said.

"What we see here in the North – because the Welsh language has that strong legislation in place – is that even in areas where there are high levels of Irish speakers, they're being offered services in Welsh, but not in Irish.

"While we await the incoming of the current Irish language legislation, even by New Decade New Approach standards, we are aware that it will not address some of those issues.

"New Decade New Approach confines those public services which will be compelled to bring in Irish language best practice standards to public bodies here in the North. Those public bodies don't include Westminster services. Those services include booking a Covid test, filling in a HMRC tax form, and other central Westminster services. We will continue to see that differential treatment for Irish speakers, even in the heart of the Gaeltacht Quarter.

"There is power for the First and Deputy First Minister to agree to extend the remit of the legislation to include those services, but given the DUP's trajectory on Irish language rights that seems highly unlikely."