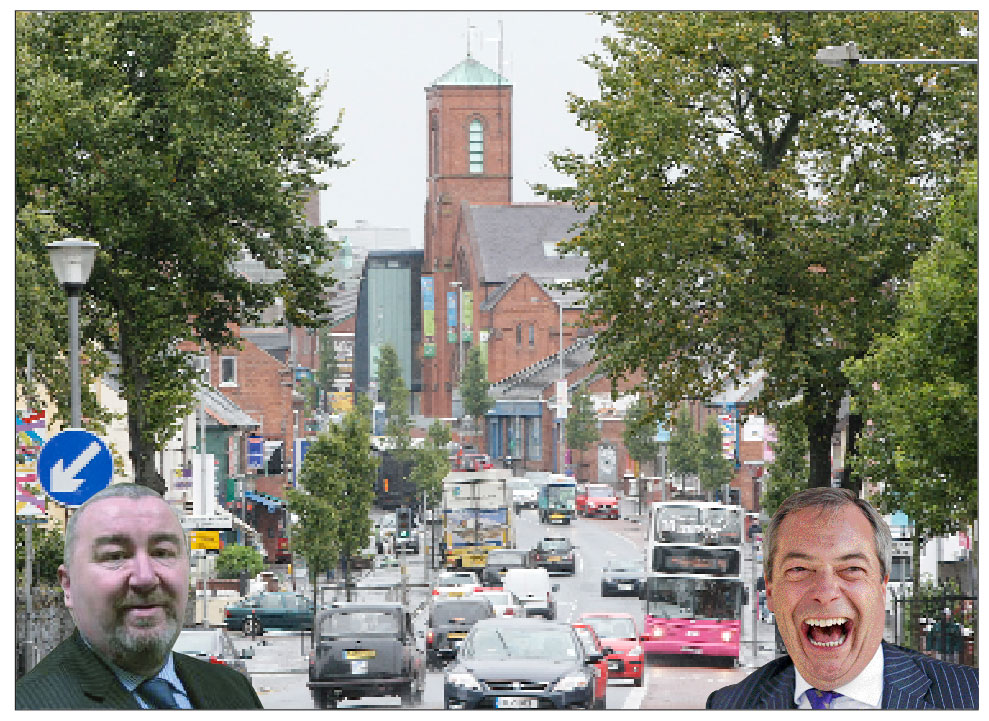 WEST Belfast’s first-ever UKIP Westminster candidate has vowed to canvass all areas of the constituency in the run-up to May’s election.
Brian Higginson is set to run for the UK Independence Party in the forthcoming poll. The Lisburn man has been a member of party for the past three years and hopes to become their first MP in the north.
Best known for its outspoken leader Nigel Farage and his right-wing, anti-immigration, anti-Europe policies, UKIP is widely viewed with distaste in nationalist and republican West Belfast.
The UKIP man conceded that taking the West Belfast seat would be a “hard ask”, but said he’s prepared to knock on every door in the constituency.
“We are a non-sectarian party and want to represent the whole community of West Belfast,” he said.
“[West Belfast] doesn’t have a representative in the House of Commons because of the MP’s abstentionism. If elected, I would fight for all the people in West Belfast for better healthcare, housing and infrastructure.
“I would have no problem going to every part of West Belfast because I would represent everyone. UKIP is the only party running candidates in all of the UK and people are ready for the fresh approach we bring.”
The candidate said that although West Belfast has returned a nationalist candidate for the past 40 years, he’s confident his party can appeal to all voters.
“It’s a hard ask [unseating the current MP Paul Maskey] but we are a party for change,” he said. “We’re asking people to vote for change. We will work for the whole community.”