JUDE COLLINS: Why unionists fear the idea of economic unity 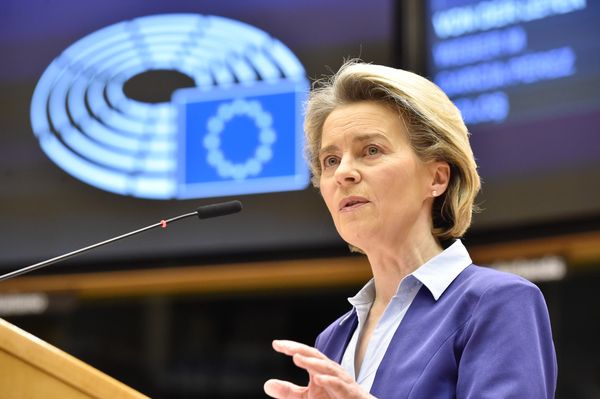 PROSPERITY: Brexit and Irish Protocol offer opportunities which DUP doesn't have the wit to grasp.

AMONG the recent wall-daubings  in the Larne region, there was one which warned “No Economic United Ireland”.

Before we look more closely at the implications of that statement, let’s look at the North-South economic relationship generally.

In  2019, 35 per cent of the North’s exports were to the South. Brexit would have caused massive trade disruption in Ireland, but fortunately an agreement was reached between the UK and the EU that the North would remain part of the UK but would observe EU rules on trade, so that the flow of goods between North and South could continue. In short, the North gets to keep its cake and eat it – free access to the EU, free access to Britain.

Emily Maitlis to Sammy Wilson: “To turn round and say you don’t like the next thing when it’s your political incompetence that got you here, is extraordinary”#newsnight pic.twitter.com/LNhVnoqk5D

So this 35 per cent of the North’s exports  that flow south – is this something Northerners are being forced to engage in? Unlikely.

You trade because it makes you money, so clearly northern traders are happy for the opportunity to trade with the south.  Which means we can be reasonably sure our original daubed statement ‘No Economic United Ireland’ wasn’t painted by people heavily into trading North-South.

In fact,  the grafitto has a distinct  dog-in-the-manger smell. These daubers have no interest in trading North-South themselves, but they want to prevent others from doing so.

There is a strand of unionism that fears economic unity which worked smoothly and in the interests of all would be just the thing that encouraged enough ‘soft’ unionists to shift their thinking and perhaps endorse the idea of a reunited Ireland.

But the daubers aren’t totally foolish.

The more North and South act as one economic unit, the closer their people will become and the more people North and South will begin to ponder the next logical step, and wonder if a border poll on a politically united Ireland mightn’t be a bad idea.

So if you’re opposed to political union throughout the island, it’s not totally surprising that you’re wary of economic unity. Nationalists and republicans like to remind unionists that a change in the North’s constitutional position can only come about when and if the people North and South vote for it. Which is absolutely true – except that there is a strand of unionism that fears economic unity which worked smoothly and in the interests of all would be just the thing that encouraged enough ‘soft’ unionists to shift their thinking and perhaps endorse the idea of a reunited Ireland.

The Irish Times  recently noted in an editorial that unionism appears to produce an awful lot of nay-sayers. Anti-scientific, anti-lockdown, mistrust of Westminster, mistrust of Dublin, Sammy Wilson talking about waging “guerrilla warfare” against the protocol. Was it John Hume who said if you were to take the word ‘No’ out of the DUP vocabulary, you’d render them speechless?

What the DUP and other hard-line unionists miss is that the more they struggle and cry “Foul!” the more tied up in sticky net of contradictions they become. Yelling charges of betrayal at your love object isn’t going to increase the love object’s desire to be close to you.

The DUP’s brief moment in the Westminster sun, when they held the balance of power, was no doubt exhilarating. But that same sun melted their masks and exposed them to the up-close gaze of British politicians and the British people. What they saw and heard left many Brits dismayed and even shocked.  Which is good, because it helps them understand more fully what we here have had to put up with for decades.

The good news for unionism –  the good news for all of us – is that the Irish Protocol offers a real chance to prosper at a time when many other countries will be struggling. The bad news is that the DUP and their hangers-on appear not to have the wit to grasp this chance, so fixated are they on yet another British betrayal.