Woman is latest to be charged with lower Falls alleyway murder 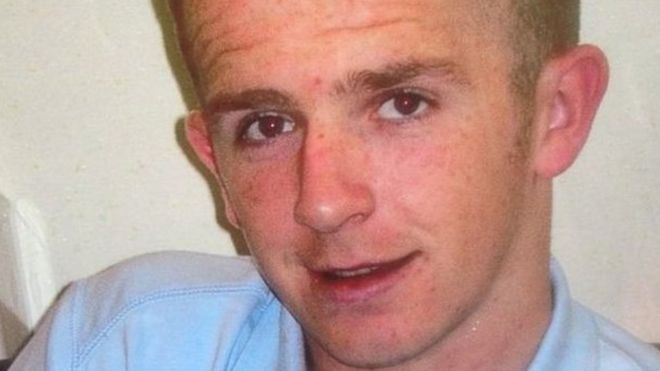 A 56-year-old woman has appeared in court charged with the murder of Edward Gibson in 2014.

The 28-year-old father-of-one was shot in the stomach and thigh in an alleyway near Clonfadden Crescent in the shadow of Divis Tower on October 24. He later died in hospital from his injuries.

Margaret Goodman from Ballymurphy Parade was arrested in West Belfast on Monday. She has also been charged with possession of firearms and ammunition under suspicious circumstances.

Mrs Goodman’s bail application was opposed by police due to concerns that she would “leave the jurisdiction”.

However, a judge ruled that the risks were not sufficient for the accused to be detained in custody and granted bail.

A 68-year-old man and a 70-year-old woman also face charges of assisting an offender and failing to provide information.