Yip, bin there; yip, done that 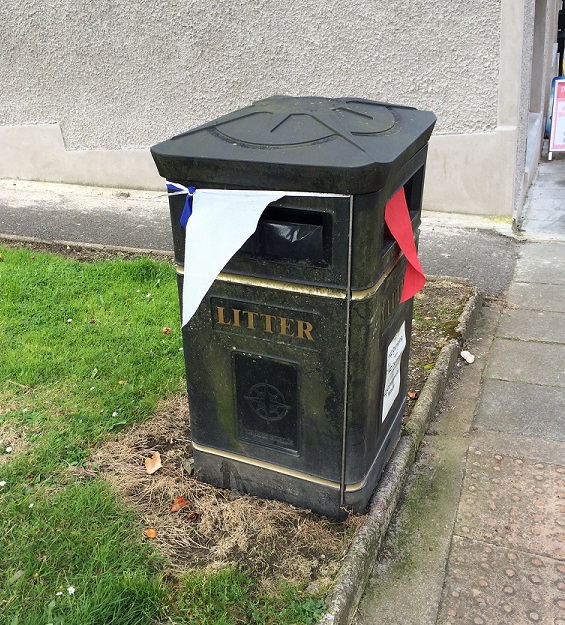 SQUINTER was dandering around the lovely lanes of County Armagh at the weekend, checking the orchards to see how close the apples are to the Magners factory, idly noting that there’s a touch of autumn coolness in the afternoon breeze.

The dog stopped for a second and looked back at his master, tongue hanging low – normally his way of saying that it’s probably time we headed back to the car. Not a bad call, actually, as we’d done about six miles and it was six miles back – more than enough to deserve a doze in the basket and a pint in the Roddy’s. And a rest for the dog too.

A sign indicated that Richhill was a couple of miles away and Squinter decided another 40 or 50 minutes wouldn’t kill man or dog and that a shared bottle of water from the cooler in the village shop would go down very well.

So that’s what we did when we got there. Squinter sat on a low wall drinking from the bottle while the dog noisily lapped his half from a cardboard ice-cream tub kindly supplied by the shopkeeper. On the way back the dog did his business and Squinter got out the bag. No litter bins in country lanes so Squinter wandered around for a bit until he found the nearest one in the village – and this is it.

No, you’re not seeing things. In Richhill they’ve put red, white and blue bunting round the rubbish bins. Which is strange enough, but as you can see, the bunting is rather strategically placed, and given what Squinter was proposing to dispose of, you have to think that it’s not the classiest thing the loyal loyalists of Richhill have ever done.


Battered and bruised, and still confused

THE office is split down the middle, if the truth be told. Asked to vote on one of the pressing issues of the day, Squinter’s colleagues failed to bring any clarity to the matter and the straw poll served only to underline the deep-lying societal divisions.

The question is one that has vexed the planet since Clarence Birdseye first had his frozen brainwave and it is this: fishfingers – breadcrumbs or batter?

Squinter’s firmly in the batter camp for no other reason than breadcrumbs were the only ones he was ever offered during his childhood years. And so they were to be dumped once the first opportunity presented itself, along with cabbage water, liver and Haliborange. Once he flew the nest and landed in student digs, battered fishfingers and crispy pancakes seemed the height of excitement and sophistication. But while crispy pancakes (chicken curry, if you must know) soon disappeared from the menu of Squinter’s life, fishfingers have remained a staple. As they have for most people, Squinter suspects.

The problem with breadcrumbed fishfingers is that they’re just too soggy. If you get a battered fishfinger straight out of the oven, on the other hand, while it’s not exactly crunchy, it has a certain structural integrity that its first cousin lacks. Granted, if you leave a battered fishfinger for more than a couple of minutes it will deflate markedly, but that’s the case with anything cooked in batter, and everybody loves something or other battered, don’t they? Battered fish, of course – who doesn’t love a fish supper? Battered sausages aren’t everybody’s cup of tea, but the kids in the chippy don’t half gobble them up. Battered mushrooms, battered pizza, battered Mars Bars, battered onion rings, battered potato slices (aka scallops) – there’s virtually no food group that hasn’t seen its calorific value soar with the addition of flour, milk and eggs. There was a certain logic to it when medieval peasants used batter as a simple means of supplementing a meagre diet, but in this age of morbid obesity and overindulgence, batter is more popular than it ever was, even though the Chief Medical Officer ardently wishes it wasn’t so.

But battered fishfingers are probably the best of a bad bunch, healthwise. As long as, like Squinter, you only have two. Okay, three. Okay, four.. Five then, five maximum. Definitely not six. That would be just greedy. Lovely, but greedy.


Hot under the collar in Divis

The failure of the PSNI and the various statutory agencies to back up the excellent work being done by community activists on the ground was shameful. The boneys are getting smaller every year and this year it wouldn’t have taken a massive effort to stop them – not only are they shrinking in size, but during the day they’re guarded by very small children, some of them not yet out of primary school. And not many of them reading the News Letter, you’d imagine.