Young people imbued with a spirit of co-operation 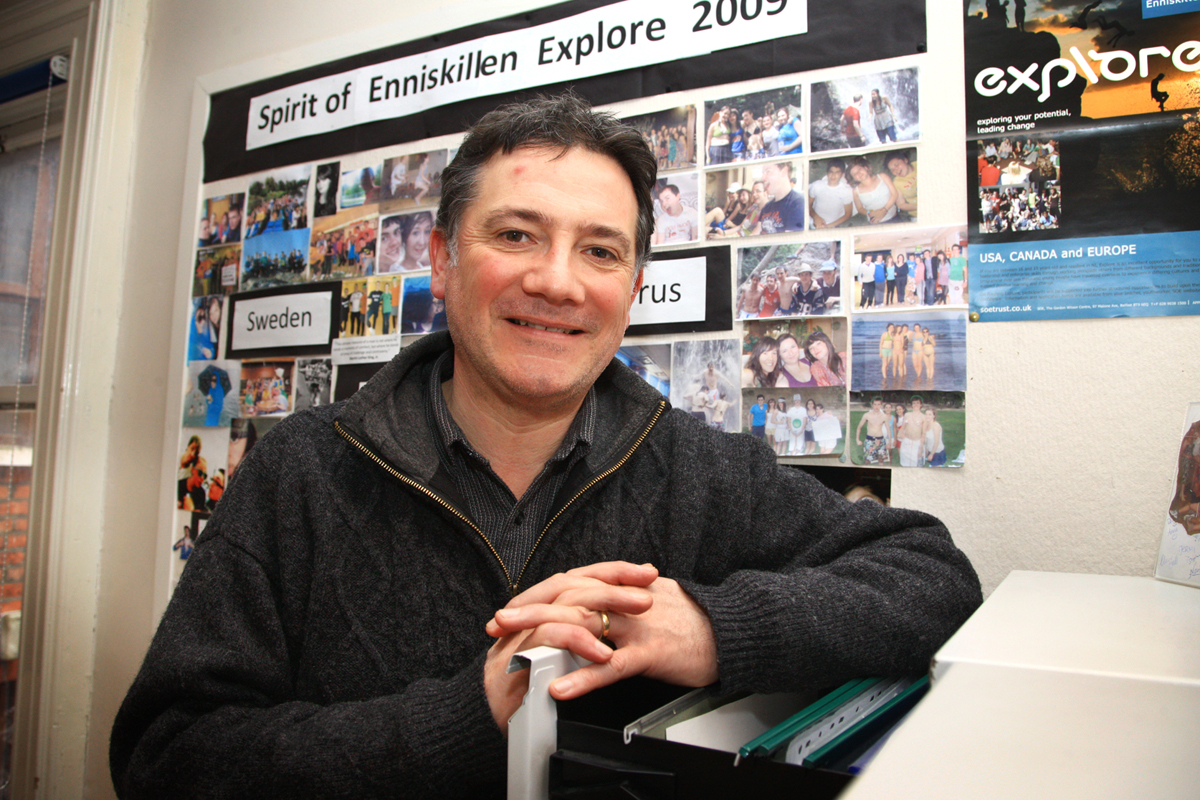 On November 8, 1987, an IRA bomb exploded in the Fermanagh town of Enniskillen at the Cenotaph during a Remembrance Day parade, killing 11 people.

Described as “a turning point” in the Troubles, one of those killed was Marie Wilson, the daughter of local man Gordon Wilson. Despite his personal loss, Gordon gave an emotional interview only hours later in which he said he forgave the paramilitaries, saying he would pray for them and pleading that no-one should take revenge for the attack.

The words were beamed to an international audience and soon the phrase ‘the spirit of Enniskillen’ was used to term anything promoting peace and understanding in Northern Ireland.

For one South Belfast organisation, those words became more than a phrase, in fact being used as their very reason for being. The Spirit of Enniskillen Trust, based in Malone Avenue, is an international programme working to encourage reconciliation among young people, using their experiences to help build bridges in local society. Spirit of Enniskillen Director Michael Arlow says the words of Gordon Wilson inspired the formation of the South Belfast group, which was formed only months after the Enniskillen bomb.

“Gordon Wilson called for no retaliation and we try to promote that spirit of forgiveness and working together,” said Michael. “He got in contact with the Department of Education following the bomb for a project he wanted to establish which would send young people overseas to look at different conflict zones.

“That became the Spirit of Enniskillen Trust and Gordon was our patron until his death. We are still carrying out that work and our main project, Explore, involves sending young people abroad. This year they will be visiting Sweden, Malta and Berlin and in previous years they have travelled to many different conflict regions.”

However, Michael said that this is not the only work the group carries out.

“After we had been running for a few years, one of our past participants felt a real desire to contribute in some way to the organisation and so helped set up a second project called Future Voices. It focuses on young people aged from 16 to mid-20s and they meet weekly to discuss different issues of concern, while also doing significant volunteer work for us.

“One of the aspects of their volunteering is helping us to run our third programme, called Together. We go into schools across Northern Ireland and run workshops for them. It tends to be schools from different communities, so we work with them singly then bring them together for a residential retreat. The culmination of that is a sixth form conference, the most recent of which we held earlier this month at the Wellington Park Hotel, which was attended by the Lord Mayor and other dignitaries.”

Gordon Wilson, who was made a member of the Seanad Éireann in 1993 on the back of his peace-building efforts, died in 1995. However, Michael says there remains  a strong Wilson family connection.

“Gordon’s widow Joan is still our patron, so we have that very personal connection there. I think it’s very important for us because with a name like we have and the connection to the Wilson family, we can never go to far away from trying to work for a better and shared future. On the other side, it does tie us to some very dark days. However, what we want to talk about is the positive stuff that has come out following Enniskillen, so we make a good thing from it. Some people feel we are a partisan organisation – mostly Protestant and middle-class – but that is not the case. We are not about blaming people either. We are about helping people who have very different views learn to live and work together. It’s not about creating a nice, comfortable middle ground, but if people can agree, we can get them to deal with controversial issues in a positive way.”

Michael said the Spirit of Enniskillen Trust is different because it aims its work specifically at young people.

“That was certainly a conscious decision because if you talk to most young people they really do want to make the world a better place. We are about creating the opportunities to do that and giving them the skills they need. Unfortunately, when we do work in schools we still find the problems haven’t gone away and in fact some of those entrenched views are still there as much as ever. There is a tendency for some people to say because we have the Good Friday Agreement and the institutions at Stormont are working relatively well, all of what we are doing is no longer relevant.

“But the work we are doing is trying to get rid of that and also moving beyond the community relations work to develop leadership and enterprise skills that will help make Northern Ireland a better place. We want to look at old problems in new ways and I think there is always a need for that kind of activity.”

And as for the future?

“Things are in the balance for us at the moment because we are waiting to hear on a number of funding applications. If they come through okay we will be fine for another few years. That will enable us to continue to get out and work with schools. We are also looking to develop our international work and on top of that increase the amount of volunteers we have who are committed to doing great work.”