Young Senators on a cultural tour of the city 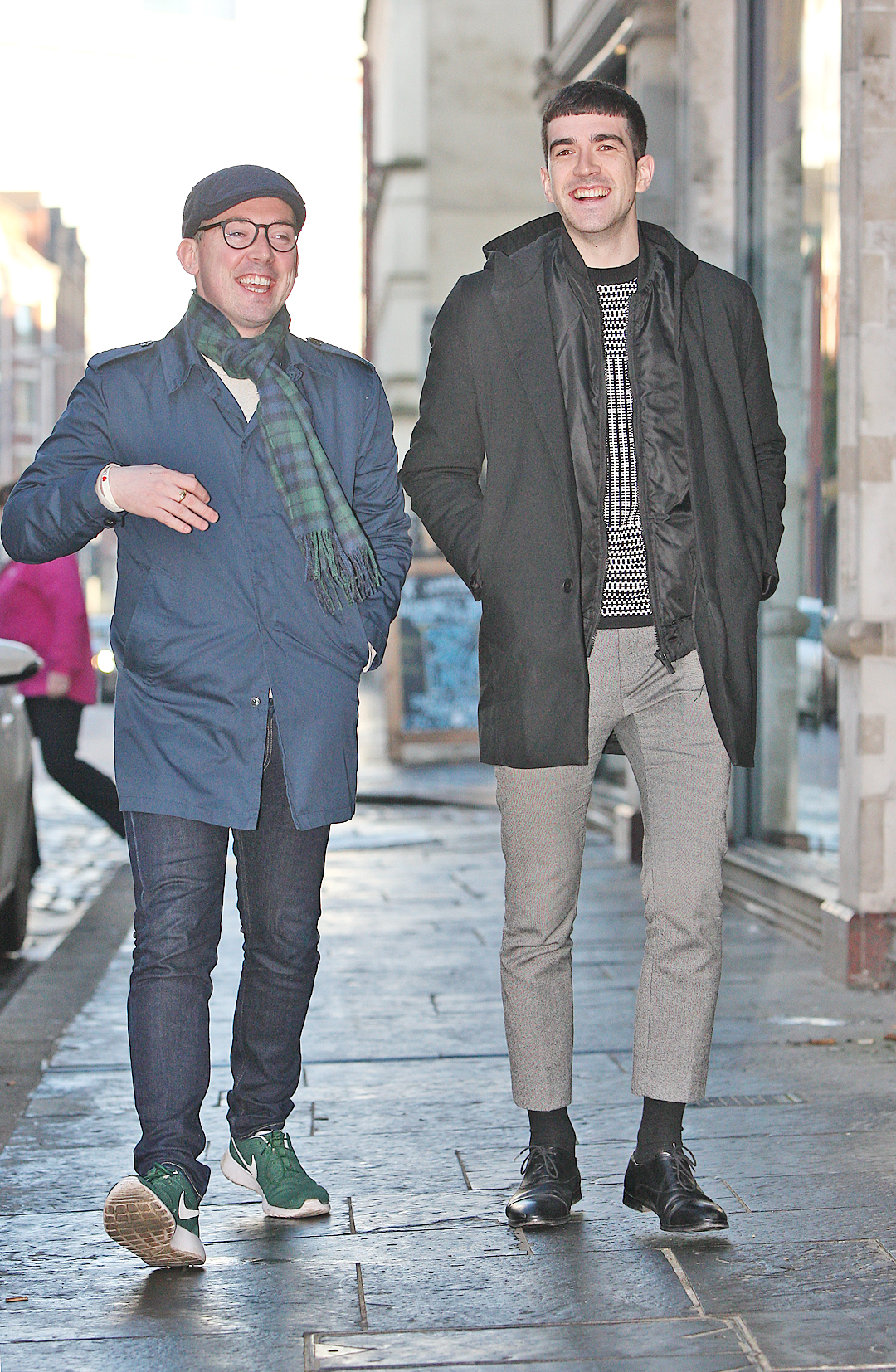 SENATORS Fintan Warfield and Niall Ó Donnghaile have been touring the city’s broad range of cultural and arts groups and to lend their support to a number of LGBT projects.

The purpose of the visit was to showcase the burgeoning arts scene in Belfast and Dublin and to connect the two. Both Sinn Féin Senators are former Mayors in their respective cities. Fintan, 26, an ex-Mayor of Dublin South, is also an accomplished classical and traditional musician as well as an LGBT rights activist.

Niall (31) was the 56th and youngest Mayor of Belfast and was elected to Seanad Éireann’s Administrative Panel in 2016. He is also a strong advocate for Irish language rights. In between meetings with the Cathedral Quarter Trust, the MAC, Belfast Film Festival and Deputy Mayor Mary of Belfast Mary Ellen Campbel, the young Senators sat down with the Andersonstown News for a coffee in the trendy Quartisan in Waring Street.

Niall said: “When I first went to the Seanad I said I wanted to bring the south to the north and the north to the south and this is me keeping that promise. We have done a series of engagements around the six counties but what we want to do is have the team better represented. Fintan is our spokesperson around culture and the arts as well as LGBT issues.

“We are trying to bring an all-Ireland dimension to what we do and to let the arts sector know that Fintan is their man in the Seanad.”

Echoing Niall’s view on the arts in the north Fintan said: “Getting a sense of the scene and starting a conversation is exactly why we are here. I took up the role as the arts spokesperson back in May.

“The arts can underpin the positive aspects of the peace and reconciliation process and show how unity can unlock huge waves of cultural activity. The ending of partition can really unify communities.

“More politically, we see the arts as a great platform to shake the public narrative. We saw that during the marriage equality referendum in the south. Essentially when we talk about marriage equality, from the LGBT community to the Orange Order, cultural activity can underpin all of the diversity of our society.”

When asked what drove them to the political life at such a young age they both gave interesting answers. Niall said: “I’ve been in politics for ten years now. I’ve always been political, but the local issues at the time when I first started out in the Strand were very heavy. I was asked to step up by the party and as Martina Anderson always says, ‘If it has to be, then why not me?’ At the time I was 21 and we were in a bad place, I knew I had a part to play.”

Answering the same question Fintan said: “I joined Sinn Féin on my 16th birthday.  I was politicised by two factors, the first was music (Fintan’s family are synonymous with the Wolfe Tones). I’d been learning classical music and traditional music and so I would have been conscious of the political elements of music and equality. My sexuality was the second factor. I came out in 2012 and that’s what republicanism is for me, equality and self determination.”

When discussing the issue of sexuality and LGBT rights, Niall said: “On the politics of the issue, it’s awful that something so fundamental to someone is held within a political prism and it’s the same for me when we talk about Acht na Gaeilge and protecting Irish language rights, this is an issue of who you are, what you’re about, your passion.

“There has been a huge societal change, everyone latched on to the marriage equality referendum in the south, filled with the same emotion and pride. I do sense a change, I believe if it were put to a referendum in the north that it would win. I think the very fact that it has passed through the Assembly by a majority vote only to be blocked by the petition of concern indicates that there has been a change in people’s perceptions and ignorance.

“If Máirtín Ó Muilleoir gets his way he will bring a bill forward around legalising equal marriage. The LGBT community is divided by partition, like everything else.”

Discussing the culture and diversity of Belfast Niall said: “One of the things that MTV said to me when they came here for the MTV Awards  back in the day was that they sensed that Belfast had a real emerging and bubbling arts scene. They said when they do the Video Music Awards they look for an edgy undercurrent and that’s what attracted them to Belfast.

“When you see the big established events such as Féile or Culture Night it’s wonderful. When would you ever have had anything like that in Belfast? The biggest event in Belfast is Pride. We have a lot more to do but we need to celebrate our arts, cultural diversity and languages.

“I don’t think there’s a fear to express that any longer,” he added.