ANDRÉE MURPHY: How fake news led to loss of my Israeli friendships 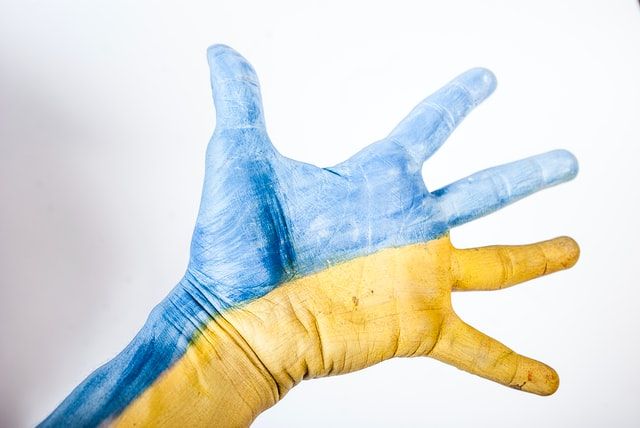 FOLLOWING World Wars I and II many European Jews found refuge from discrimination and pogrom in Ireland. They also found plenty of anti-semitism and sometimes violent resistance to their search for refuge.

In the 1970s and 80s many of their descendants chose to move “Home”. The promise of Israel was for them a place where they could be Jewish without encountering bigotry or hatred. They also wished to be contributors to a young state, a land of milk and honey often being the term that was used. So many of my school friends and their families moved during that time.

In recent years Facebook afforded us the opportunity to rekindle our childhood friendships. We were all children when they emigrated and now, they too had families of their own. We shared photos and recipes and lots of cherished memories.

In 2014 that ended. All of these friends took the side of the Israeli state during the onslaught against Gaza that year. They were not open to hearing the desperate pleas of a desperate people being bombed and massacred. When I shared my own outrage they commented on their own fears, their own anti-Palestine and anti-truth perceptions and I could not bear it, so ended our online friendships.

This #Russia-dropped bomb would flatten a building — and yet these #Ukraine EODs defuse it with 2 hands and a bottle of water, while shells audibly land nearby.

I am reminded of that terrible time this week as I hear of Russians and Ukrainian friends and families arguing. As Ukrainian citizens plead with Russian citizens to stand up to Putin’s government they are reporting that they are aghast that good friends and relatives do not believe that their government is doing anything wrong and that the military invasion is saving Ukrainians from Nazism.

I come from a southern jurisdiction that has been fed the lie for decades that the conflict here was all the IRA’s fault and where successive governments for decades enacted a censorship act – Section 31 – to reinforce that lie to hide their own shame in not defending the interests of Irish citizens living north of the border.

Is it the fault of a censored people when they regurgitate the propaganda that they have been fed by their governments?

We live in a jurisdiction that is now out of the EU because the English people were fed lies about the nature of the EU and all social ills being the fault of immigrants in England for easily ten years before the Brexit vote.

Is it their fault that they consumed easy and comfortable lies rather than seek out facts and truth?

I come from a southern jurisdiction that has been fed the lie for decades that the conflict here was all the IRA’s fault and where successive governments for decades enacted a censorship act – Section 31 – to reinforce that lie to hide their own shame in not defending the interests of Irish citizens living north of the border. Was it the fault of the southern citizenry that partitionism and Free Statism, as author Danny Morrison calls it, had such currency and the confidence of southern citizenry?

In a world where social media and internet resources can provide so much truth and so many counter-arguments it is astonishing that anti-truth can be a thing, but it is, especially online. On the upside, where there was once censorship there are now online tools to give voice to those some would prefer were never heard, particularly states. But this power is limited and lies and propaganda can be reinforced.

All of that brings us back to one place. We must always search for the truth, especially when it is uncomfortable. Now more than ever we must take care about the information that informs our opinions. Oppressed people the world over depend on us doing so.